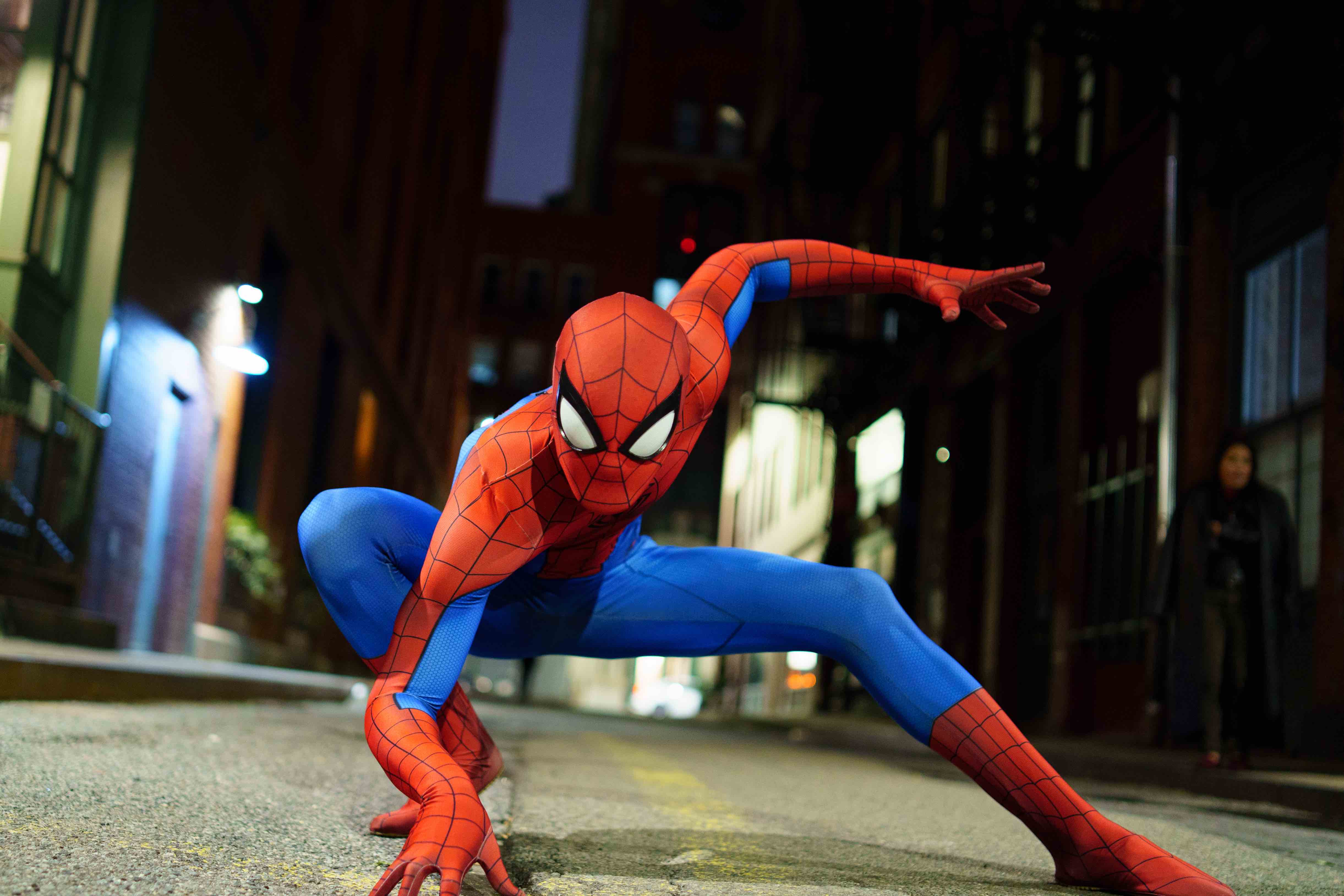 Dan Reilly, aka Philly’s resident Spider-Man, practices his acrobatics so he can better mimic the agile superhero. / Photograph by Gabriel Ortiz Jr./courtesy of Dan Reilly

Who I am: Dan Reilly (@subwayspidey), Philly’s resident Spider-Man, 20

Why I wanted to become Spider-Man: I thought this character’s body, stature, and agility was amazing. He’s also really relatable. He’s everybody — just a guy who has a lot of hardships and is struggling. I resonate with him a lot. Spider-Man lost his uncle, and I lost my sister when she was five. When his uncle passed away, Spider-Man had the responsibility to help his aunt and pay the bills. When my mom and dad separated, and my dad left the picture, all the responsibility landed on me, and I had to figure out how to help my mom. To see what Spider-Man went through, he was inspiring.

When I started: My first time suiting up was three years ago at a nightclub in Philly called the Roxxy. When I debuted my new suit last year, things snowballed. [@subwayspidey now has more than 13,000 followers on Instagram.] It looks very much like the new PlayStation 4 game, Marvel’s Spider-Man, and mixed with my physique, it gave the costume even more of an authentic look.

“MERRY CHRISTMAS 🎅🎄!!!! Here’s a pic of me from last year taking out a baddie, who made it smack dab’ on the naughty list!” _ _ _ Photo: @ibeal_photography I hope everyone have a safe and blessed Christmas! If you’re travelling please be careful! Love you guys and Happy Holidays! 🎁🎁🎁

How I changed my workouts: My father was actually a martial artist, so my genetics really help — I didn’t have to do that much. But definitely more stretches! Most of the training and working out now isn’t even behind the scenes but rather, on camera. Each “spider stance” or pose is training itself. They’re basically isometric exercises. But a big change that made me go out of the norm of just lifting weights and doing calisthenics was acrobatics. Retraining my body to flip again is a big thing. You’re so scared of breaking your neck! But I eventually overcame the fear, and even now I’m developing new skills.

What I’m working on: Recently what I’ve been doing is my friend, Hezekiah Merchant, and I went to Get Air Trampoline Park in King of Prussia. He taught parkour and had a bunch of students, so I was asking him, ‘Can you take me down and train me?’ I did flips I’d never been able to do because he broke them down into steps. I think the challenge now is trying to transfer what I’m doing on the trampoline to the ground. One slip-up, and it’s game over.

What I’m most proud of: I’ve built up my confidence. I was a really nervous kid — more of an introvert. If people know who I am, I’m really shy and stay to myself. Once I put on a mask, though, kids are like, ‘Holy crap,’ so that makes me feel good. It also motivates me to stay fit and reach new physical feats and levels I couldn’t reach before.

What I want everyone to know: I want people to know about the community. Most of it is me doing stuff on my own, but there’s a whole community of cosplayers out there, and it’s really cool. Most of the time, if you get on a train or bus, people are just on their phones and it’s boring. Once somebody sees, ‘Whoa, that dude just came out of nowhere with a random suit on,’ smiles break out. Everyone’s so amazed. The atmosphere changes. One day, I walked into a Burger King, and a couple old people lit up. They were like, ‘Can I please take your picture for my grandkid? You really made my day.’ I love that.

Where you can find me: I love to go to City Hall and Dilworth Park or 30th street where Cira Green is. Sometimes I even go out of Philly. I’m part of a group called the Philadelphia Avengers that drives people like me suited up to different charity events. It’s really rewarding. [Follow the group’s Facebook page for updates.]