Jennifer Zavala's vegan meatball recipe contains no, um, meat. Apparently, some people had a problem with that. 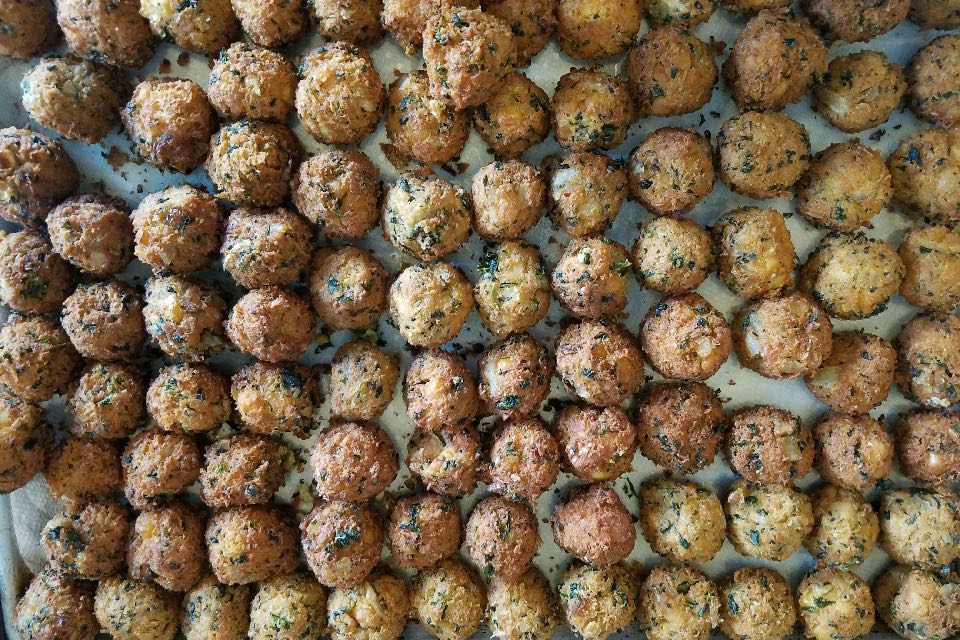 The world may know South Philly chef Jennifer Zavala from her appearance on Top Chef, but here in Philadelphia, she’s made herself famous for another reason. She’s the woman who had the audacity to enter a meat-free, vegan, chickpea-based “meatball” into the South Philly Meatball Contest last year — the audacity!

I mean, okay, you may have also heard Zavala’s name in reference to an illegal tamale truck and marijuana-infused catering, but those are stories for another time. Because right now, the only story we care about is meatballs — specifically, the vegan ones that Zavala decided to enter into a contest last year, in an effort to stand out from the 30-ish other meatballs made of, well, meat.

Let’s just say the crowd at last year’s competition didn’t take too kindly to her meat-free entry — Zavala says she received death threats — but that’s not stopping Zavala from bringing them back for round two this year.

“They’re really good,” says Zavala. “I bet if no one said anything, I would have won.”

The recipe, Zavala explains, was inspired by some meatless meatballs she first sampled at South Philly’s How U Doin’ Deli. While the deli has since shuttered, we do have evidence that the meatballs existed, and more importantly, that they were good. In 2016, Allison C. of Haddon Heights, New Jersey, wrote on Yelp that the meatless meatballs were “one of the most delicious things I have ever had.”

The “meatballs” Zavala makes are along the lines of a Sicilian panelle that’s been rolled into a ball and fried, instead of left flat. Want to judge their tastiness for yourself before the South Philly Meatball Contest goes down on October 13? Follow the recipe below. 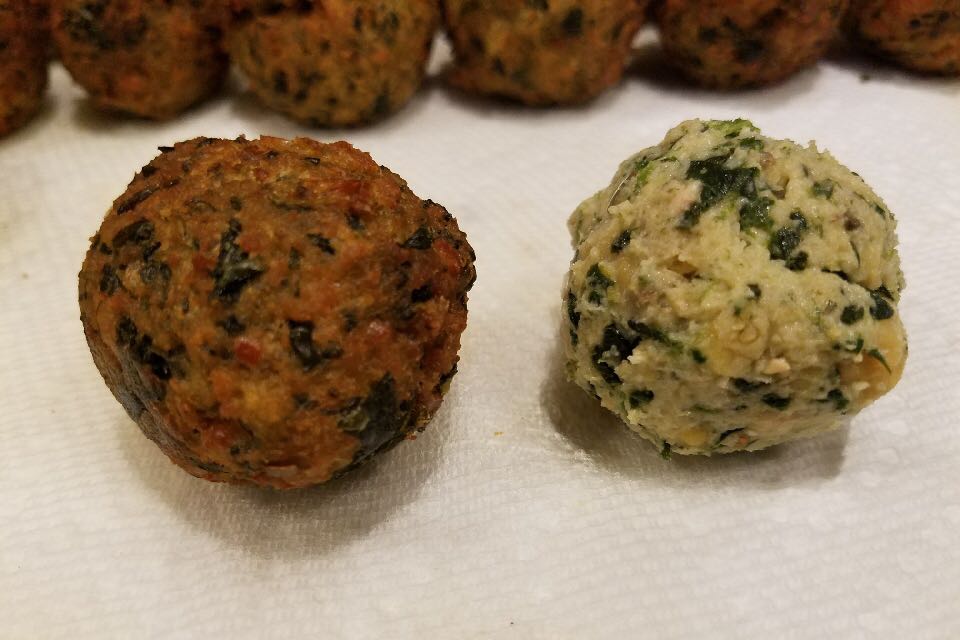 1. Drain a can of chickpeas, saving the liquid and setting aside.

3. Add a half cup of olive oil into a pan. Pour the veggie mixture in the pan and cook, stirring often.

4. Add the drained chickpeas to the food processor. Blend until smooth.

5. Add the fennel seed, red pepper flakes, oregano, and fresh thyme to the cooking vegetables. When the spices are aromatic, remove the vegetables from heat.

6. Place the blended chickpeas into a bowl. After the veggies have cooled, add them to the chickpeas. Mix with a spoon to combine. Stir in the lemon zest and juice, and add salt to taste.

7. Add the flour and the chickpea water. Mix again. Add more flour as needed until balls can be formed.

8. Heat oil in pan for frying. Place balls in oil, turning over to fry all sides. Remove when browned, and place on a paper towel to allow the excess oil to drain. Serve warm.

And if you need a visualization of the recipe, Zavala recommends this YouTube video — while the ingredients are not exactly the same (eggs aren’t vegan, after all), the process of making them is similar.