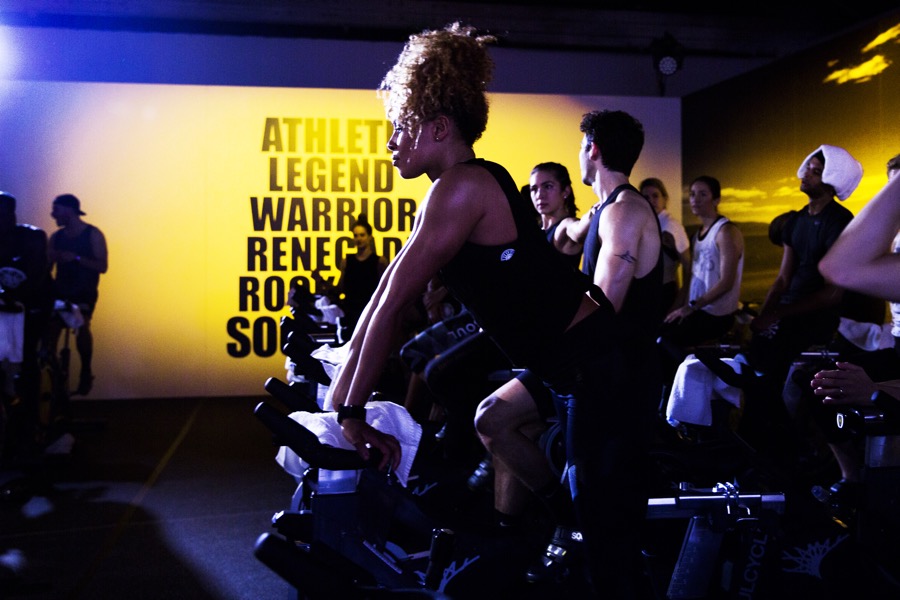 Let’s just get the most pressing question out of the way first: Yes, SoulActivate — SoulCycle’s brand-new HIIT and strength-focused class that launches in Philly studios this week —  is going to kick your butt. Yes, you’ll be out of breath and sweaty and desperate for a nap and the world’s largest breakfast after class.

But here’s the thing: it won’t kick your butt in a way it’s never been kicked before. If you’ve taken your fair share of indoor cycling classes — at SoulCycle or elsewhere — then you’ll find this class to be a familiar butt kicking. It’s the high-school-friend-you-see-every-year-at-Christmas of butt kickings: Fully recognizable, but also a little bit different every time you see her.

While SoulCycle has branded SoulActivate as their “all-new class designed to challenge your body in an entirely different way” and as “HIIT on a bike” it relies on elements you’ve likely tried elsewhere. Here’s how the class works: the first ten-or-so minutes were a traditional SoulCycle warm-up — fast-paced, on-the-beat riding with plenty of arm dips, tap backs, and swaying. Then we moved into “new” portion of the class, which started with weights.

To begin the first strength section, we mixed in segments of punching the air — holding a weight in each hand — with quick bursts of high-intensity riding. After our arms were worn out, we moved into the next set of HIIT intervals.

This section was arranged with 20 seconds of all-out, can’t-last-one-more second work, then a minute to sit, breath, and recover. We did four rounds of 20-second intervals.

Now, if you’ve ever done a tabata circuit in a spin class, you know that it’s typically 20-second bursts followed by ten seconds of rest for eight rounds. So, yeah, if you can make it through that, you can definitely make it through half as many rounds with a full minute to recover between each.

After the rounds of intervals, we picked up our heaviest weight in one hand to do bicep curls while seated on the bike. We moved our weights up-down-up with the beat of the music — and although ten pounds sounds doable, my arms were feeling it by the time we reached the end of the song.

Finally, we moved into our last set of HIIT intervals — only this time, we did 20 seconds of work followed by just ten seconds to recover, in traditional tabata style. Four rounds later, our instructor turned down the music, and all you could hear was the heavy, labored breathing of everyone in the room.

We then finished with more straight riding and a deep stretch. While the class didn’t necessarily feel like something I’d never experienced before, it did feel like a better — and by better, I mean more intense — spin session than your average SoulCycle class. On the SoulCycle website, the brand recommends participants take at least ten “regular” SoulCycle classes before attempting SoulActivate, which is well-advised. Having the foundation of SoulCycle’s choreography style will definitely help before diving into this more-advanced version.

But even if you’re still figuring things out, rest assured, you’re in good hands: Ryan Lewis, who serves as the instructor development officer for Philly SoulCycle studios, does a phenomenal job walking SoulActivate newbies through the class and making it simple to follow. That, combined with the fact that the class is filled with familiar-but-slightly-different moves, makes me confident in saying: You’ve totally got this.

If you’re ready to give SoulActivate a shot, it’s launching on the schedule at their Rittenhouse and Ardmore studios this week. Find a class on the schedules here — it’s under “SoulActivate” for the 45-minute class, “SoulSurvivor” for the 60-minute edition. Happy spinning!