Because there are other things to do aside from going to the movies, ya know? 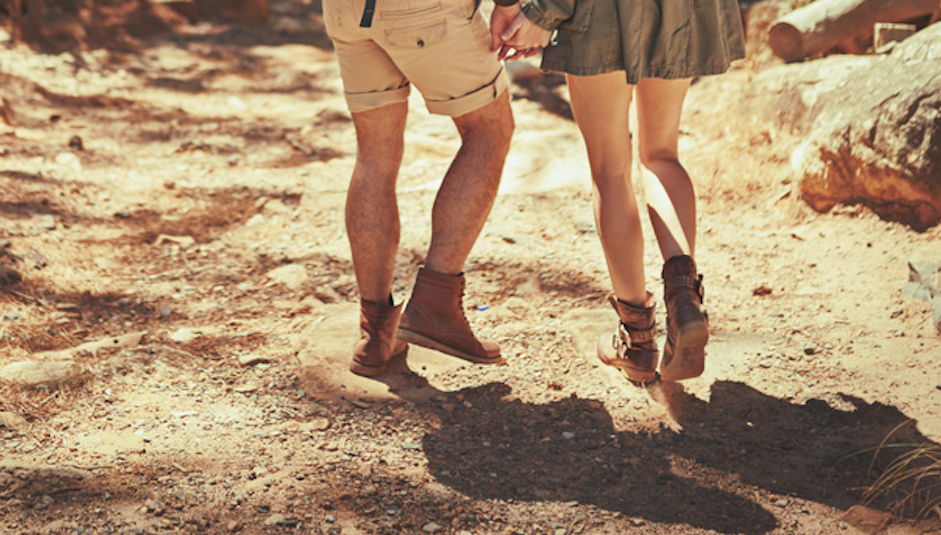 Whether you’ve got a summer fling or are in longterm relationship, chances are, you’re getting tired of going to the movies. Why do SO many dates consist of shivering away in a movie theater in silence? Well, actually, we know the answer: Because it’s easy. Who has time to think of creative date ideas, anyway?

Well, actually, we do. So to save us all from a life of summer Saturdays spent in a dark, windowless room, we’ve put together this handy list of 10 fun summer date ideas around Philly that’ll keep you movin’ and impress your S.O. Feel free to take the credit.

First: Go roller skating at the Blue Cross RiverRink (101 South Christopher Columbus Boulevard, Delaware Waterfront).
Then: Ditch the skates and head to Morgan’s Pier for drinks and snacks (221 North Columbus Boulevard, Delaware Waterfront).
Roller skating is a great cardio workout, and chances are, your date probably hasn’t done it for a while, which earns you creativity points. After the skate sesh, walk about a half mile to Morgan’s Pier to continue the outdoor fun while chowing down on goodies like snap peas with smoked red onion, vegan seven-layer dip, and tempura-fried leeks. (And after a bazillion turns around the rink, we say you’ve earned a margarita, too!)

First: Do Yoga on the Pier (Race Street and North Columbus Boulevard, Delaware Waterfront).
Then: Enjoy a movie under the stars at Penn’s Landing (101 Columbus Boulevard, Old City).
Okay, okay, fine: This involves watching a movie — but outdoors! And, my friend, this date is completely free. (Miraculous, we know.) Bring your own mat to a Yoga on the Pier class at Race Street Pier on Thursday night at 6 p.m., then follow-up your downward dogs with an outdoor movie screening at Penn’s Landing, which will be goin’ on all summer long on Thursday nights. And don’t forget to pack your popcorn! The showings aren’t until 8:30 p.m., so you’d even have time to grab a quick bite in between.

First: Put on your walkin’ shoes and do the Mural Mile (1727 Mount Vernon Street, Spring Garden).
Then: Rehydrate with brews at Uptown Beer Garden (1735 Market Street, Rittenhouse).
If you don’t want to be a sweaty mess on your date, this idea turns the fitness level down a bit, and cranks the culture level way up. You’ll take a take of tour some of the city’s best murals by foot, then cap the day off with some drinks at an outdoor beer garden (Mural Arts Philadelphia guides walking tours that finish up at the Uptown Beer Garden. You can see the schedule and get your tickets here).

First: Do SUP Fitness with AquaVida at Spruce Street Harbor Park (301 South Christopher Columbus Boulevard, South Philly).
Then: Get your brunch on at FARMiCiA (15 South 3rd Street, Old City).
If you and your significant other are the competitive type, up the ante a little bit and try to see who will fall in first during one of AquaVida’s stand-up paddleboard workouts on the Delaware River. After your paddle, you can head to FARMiCiA (about a 10-minute walk) for a killer brunch menu.

First: Hike the Wissahickon (our pick is this route).
Then: Refuel with some casual fare from Green Soul (8229 Germantown Avenue, Chestnut Hill).
A hike in the Wissahickon never fails to impress (there’s just so much green to marvel at!). And afterwards, you’ll probably be pretty sweaty, because, well, it’s summer and the Wissahickon can get pretty humid. But don’t let this deter you! Just think about the green smoothie you’ll be able to get your hands on at the decidedly casual (and sweat-friendly) Green Soul cafe, which serves up quick dishes like a Cajun Salmon BLT. Mmmmm.

First: Relax with Amrita Yoga and Wellness’s Candlelight Flow yoga class (1204 Frankford Avenue, Fishtown).
Then: Head to Front Street Cafe for a kombucha cocktail (1253 North Front Street, Fishtown).
This combo of candlelight yoga and cocktails makes for a super laid-back night. After a relaxing class at Amrita, it’s just a quick walk to Front Street Cafe, where you can continue kicking back with cocktails like a Coco Fresca, made with coconut water and lime, or a kombucha concoction (they serve it on tap!).

First: Run to Philadelphia Brewing Company (2440 Frankford Avenue, Fishtown).
Then: Have some post-run drinks with your significant other.
Taking a lesson from Fishtown Beer Runners, finish up a run at a bar. After your sweat session you can cool down with an ice-cold beer. Way more interesting (and productive!) than just meeting for drinks, no?

First: Saddle up and go horseback riding at Chamounix Equestrian Center (98 Chamounix Drive, Fairmount Park).
Then: Picnic in Fairmount Park.
If your dates are pretty much always spent in a movie chair, time to plant your butts somewhere new — on a saddle, perhaps? If you’re willing to dish out for a private horseback riding lesson, running at $45 per person, Chamounix Equestrian Center is an easy-to-access spot to do it. They’re located on 3.5 acres in Fairmount Park, and after you’re done horsing around (see what we did there?), you can post up a grassy patch in the park for a picnic lunch.

First: Take a private rowing lesson with Bachelors Barge Club (6 Boathouse Row, Fairmount).
Then:  Grab lunch at Bar Hygge (1720 Fairmount Avenue, Fairmount).
Here’s another private lesson you could take as a couple: doubles rowing. It’s on the pricier side at $70, but it’ll make for a super fun day. Afterwards, rest your shoulders at Fairmount’s Bar Hygge for a brew and some snacks.

First: Bike along the Manayunk Canal Towpath.
Then: Pedal over to The Couch Tomato for a gluten free and vegan friendly menu (102 Rector Street, Manayunk).
If you and your better half enjoy a casual bike ride, take a leisurely, scenic ride along the Manayunk Canal Towpath. Manayunk has plenty food options, but if you’re looking for healthy eats, The Couch Tomato has plenty. Think: Organic Quinoa Salad.