Beware: Some Employers Are Now Combining Job Interviews With Exercise 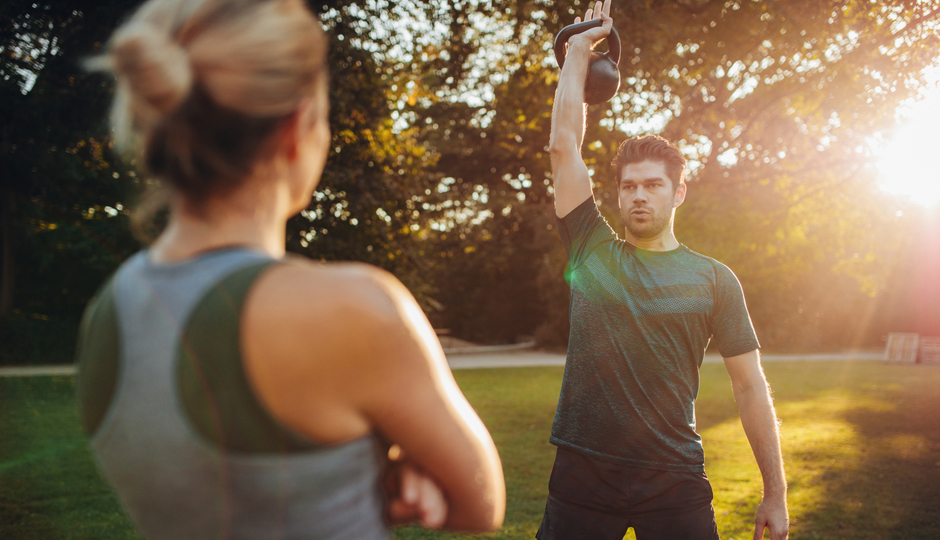 When I work out, my face turns the hue of overripe watermelon meat. Like, so alarmingly pink that when I run into someone I know after a sweat session, I don’t say “Oh, hi!” I say things like, “I just got out of a workout — that’s why my face looks like a tomato that’s about to go bad!” and “I’m not about to pass out. Yes, yes, I’m sure.”

For this reason, the mere thought of a potential employer asking me to work out with them during a job interview makes me want to breathe into a brown paper bag. But, per a piece published in the Wall Street Journal on June 2nd, apparently, that’s just what some potential employers are doing: combining job interviews with exercise sessions. NOOOOOOOOO.

As you can imagine, the stories that stem from this practice — of employers interviewing potential hires while working out, with sweat sessions that range from hiking to weight-lifting to boxing — read like horror stories. There’s the woman who was asked to go on an hourlong “walking interview” in heels, as she told WSJ. The employer who says he would weed out potential hires by subjecting them to a basketball game and — wait for it — stepping on their feet and yanking their shirts to see how they reacted. (Sounds like a gem to work for, huh?) Then there’s the employer who took the job interview into the sauna. No, really. (And yes, he did get a talking-to from HR.)

There are more, but I think you get the point. If not, my point is: Exercising interviews sound like their own special form of torture. And it’s not just the whole sweating-buckets-and-breathing-heavily-while-trying-to-appear-as-your-best-self thing. It’s the stress of being judged, not just on your resume, but on your fitness level, too. Um, no, thank you. And what’s interview-appropriate gym attire, anyway? Then there’s this question: If you politely turn down the workout with an “I’d prefer to just chat in your office,” did you just lose your shot at your dream job?

Now, don’t get me wrong. I’m all for working out with your co-workers. I have been known to rope people into lunchbreak runs on the Schuylkill River Trail, for sure. And this habit started after I began running the SRT with my former editor during our lunch hour. But sweating with a boss after you’ve already secured a job is way different than doing so while, at the same time, trying to secure the job, right?

So, as I’ve expressed, an exercising job interview sounds like my worst nightmare. But I’d like to pose the question to you: Would you want to work out with a potential employer during a job interview?