The citywide celebration pays tribute to the Starman with art, concerts, food specials and more. 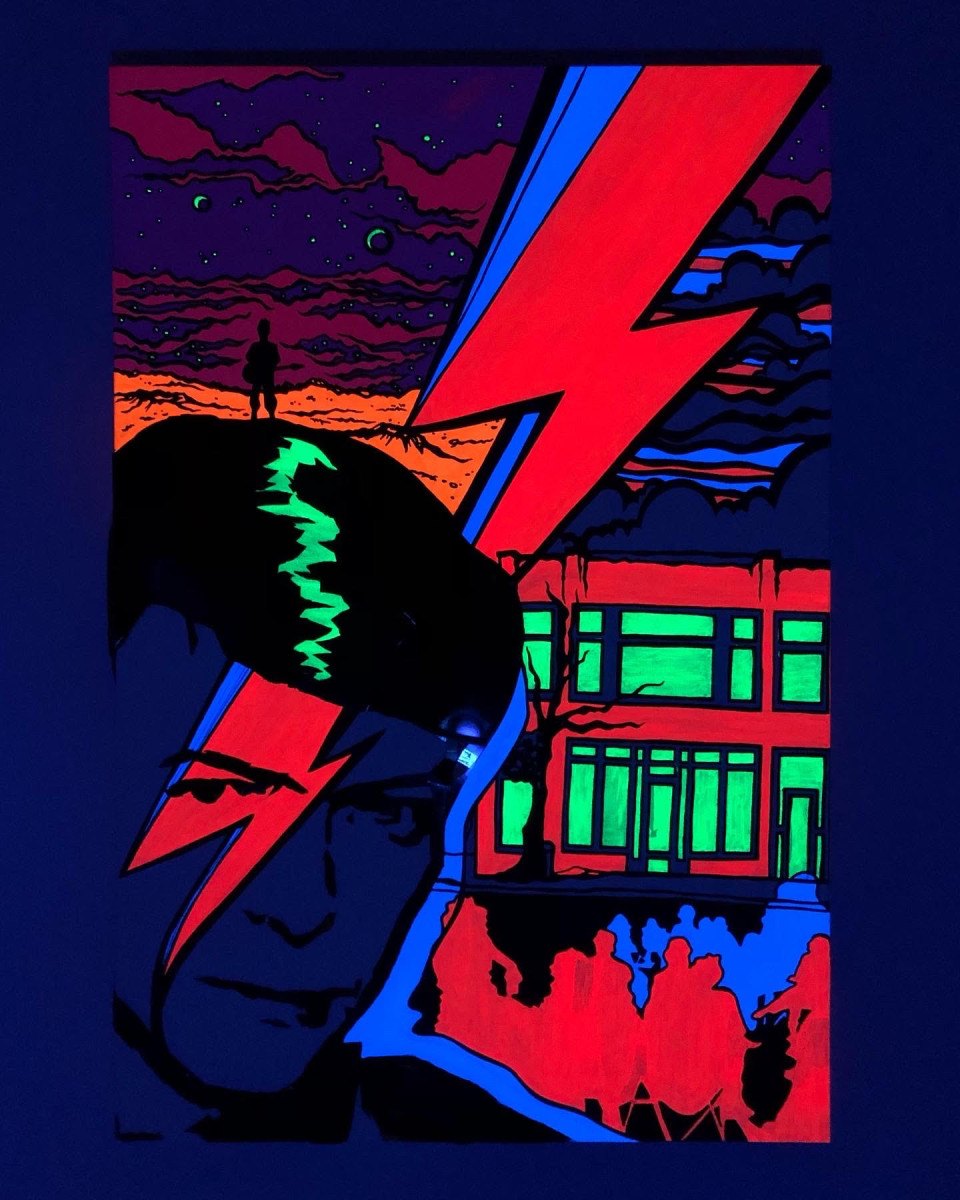 While he has always seemed otherworldly, David Bowie had deep connections to Philadelphia. His tenure here was brief, but it was a crucial period in the legendary musician’s eclectic career as he moved away from glam rock and into his “plastic soul” era inspired by the Sound of Philadelphia. In 1974 he recorded David Live at the Tower Theater (renaming his Diamond Dogs-fueled tour “Philly Dogs” along the way). He then followed it up by making Young Americans at Sigma Sound studios. It was during that period that the “Sigma Kids” were formed, the very superfans who began Philly Loves Bowie Week after the musician’s death in 2016.

In 1974, David Bowie was at the Tower Theater for a series of performances. He was staying at the Bellevue-Stratford at Broad and Walnut. He would sit on the steps and chat with everybody. One of the nights he was there, he told us he was going to be recording a new album at Sigma Sound [the album would come to be Young Americans], and that we should look for him. This was 1974 — there were no cell phones, no Internet, so we’d have to drive around and look for his car.

One night my friend called and said, “His car’s outside.” He was staying at the Barclay Hotel that time. So we sort of had a routine – we would wait for him, he would come out of the hotel, usually around 5 in the afternoon, and he’d take photos and chat with fans and get in his car and go to the studio. And then we would jump in our cars and run every red light to get to the studio before him, and we’d be waiting there when he got out again. It just sort of became a routine.

This went on for two weeks. At some point he went into his studio and said, “If you guys are out here when I come out, I have a surprise for you.”

When he came out he said, “We really appreciate everything that you’ve done in supporting the project. We want you to come up when we’re done laying tracks and listen to what we’ve done.”

And so we did. 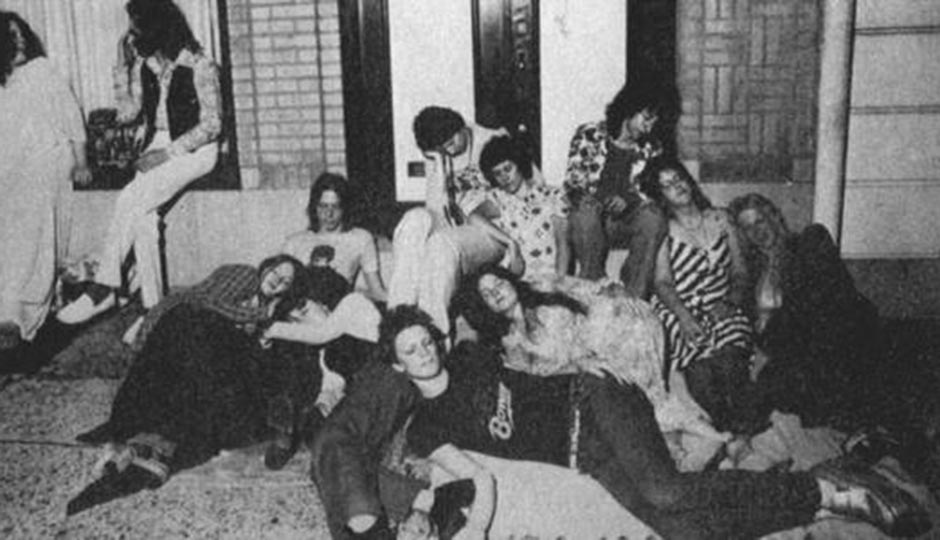 Brett and her fellow Sigma Kids have kept their love for Bowie alive over the years (her bar is covered in memorabilia), and once again they’ve put together a week of events celebrating his groundbreaking music, art, and life. Philly Loves Bowie Week runs from January 6th to 14th, encompassing both Bowie’s birthday (January 8, 1947), as well as the anniversary of his passing (January 10, 2016). A portion of the proceeds from the week’s events — as well as auction items from a special pop-up art exhibit — help benefit cancer research at the Children’s Hospital of Philadelphia. The week includes everything from concerts to sweet treats to an all-out masquerade; here’s how to get involved.

Bowie Bash
First things first, National Liberty Museum returns as one of Philly Loves Bowie Week’s de facto hubs with their third annual Bowie Bash, pop-up gallery and art sale on Friday, January 6th. The night features live music with Bowie covers by the fabulous Johnny Showcase and Rumi Kitchen, specialty cocktails from Tattooed Mom and a raffle for some Bowie-inspired prizes. The museum will open their pop-up art gallery that night, displaying local artists’ work celebrating Bowie’s legacy. The gallery will run through January 23rd; all artwork is available for purchase, with a portion of proceeds donated to CHOP. Be the Match will also be on-site running a swab event to find a stem-cell blood match for beloved drag queen Martha Graham Cracker due to her recent leukemia diagnosis.
January 6th, 6-9 p.m. (VIP admission at 5 p.m.), National Liberty Museum, 321 Chestnut Street. 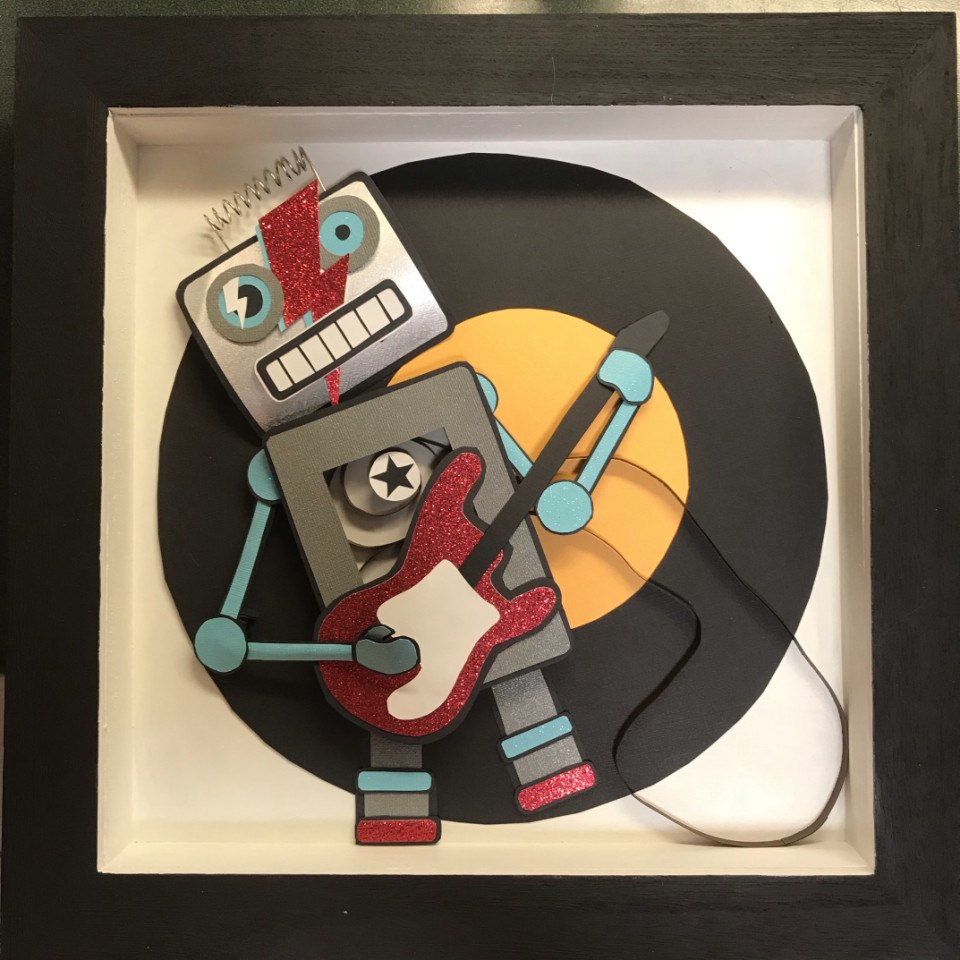 WXPN Free at Noon with Candy Volcano
This Philly glam-rock band will kick the week off with a free concert at World Cafe Live (and broadcast on WXPN 88.5 FM or stream on xpn.org) on Friday at noon. The concert is free, but pre-registration is required online to get tickets. And if you can’t make it, don’t worry: Candy Volcano will be performing a full concert the next night (see below).
January 6th, noon, World Cafe Live, 3025 Walnut Street.

BOWIECHURCH: Scenes of a Rock n’ Roll Life
Bowie fans all have their own story of how he has touched their lives. In that vein, this original one-man show by singer and guitarist ERIC13 “explores the phenomenon of how David Bowie has been present alongside some of ERIC’s most memorable and frightening life experiences,” and includes both Bowie covers and original songs.
January 8th, 6 p.m., Gloria Dei Old Swedes Church, 927 South Water Street.

A Night of Stardust
Philly Loves Bowie Week’s grand finale takes place at Union Transfer with an all-out tribute concert featuring five vocalists and a full band to celebrate the Starman. Celebratory dress is welcome: “We challenge concertgoers to be as outrageous as you can with fashion. Dress like you always wanted to be, but maybe never had a reason to do so in the past. Now’s your chance – Bowie would’ve wanted it that way!
January 14th, 8 p.m., Union Transfer, 1026 Spring Garden Street.

Bowieoke
Sara Sherr of Sing Your Life Karaoke returns to Johnny Brenda’s to host an all-Bowie edition. The event is free to attend, but fills up fast, so get there early and pick your song!
January 12th, 8 p.m.-12:30 a.m., Johnny Brenda’s, 1201 Frankford Avenue. 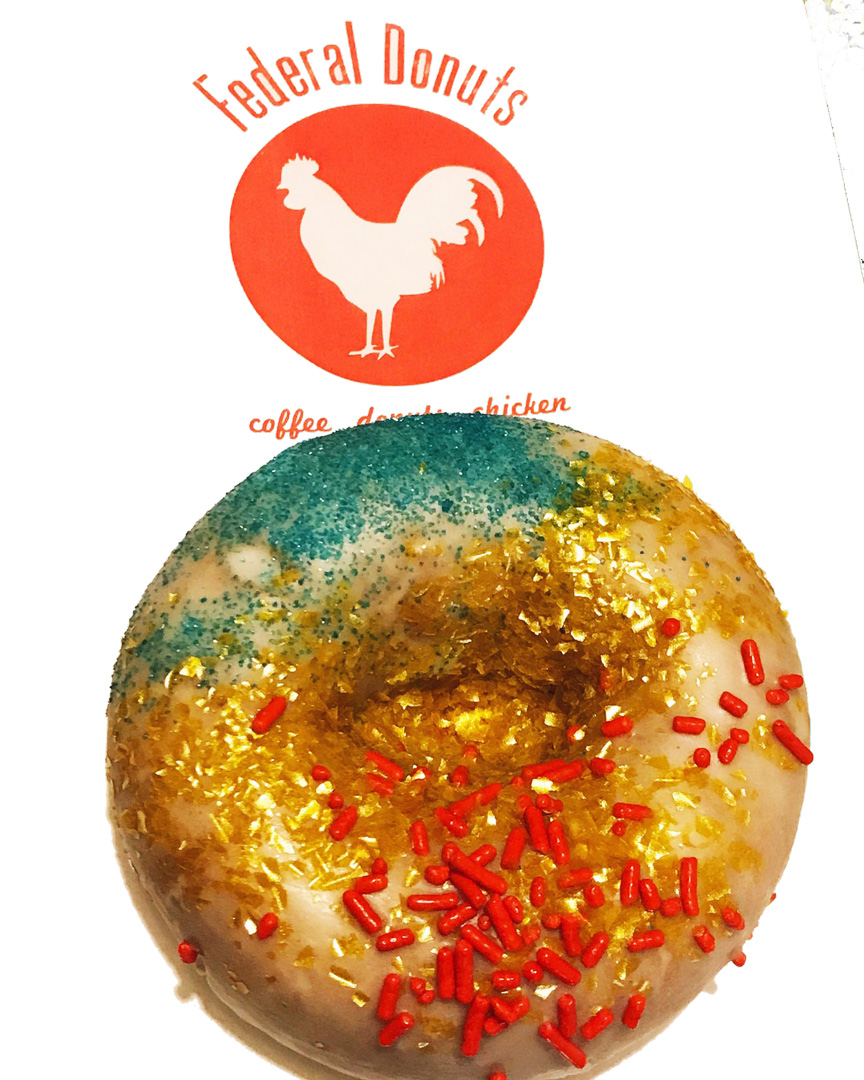 The BowNut at Federal Donuts / Photograph by Laura Swartz

The BowNut at Federal Donuts
Federal Donuts brings back its Bowie-inspired “Velvet Goldmine” — a spiced cake doughnut with vanilla-cream glaze, blue sugar, red sprinkles and an edible gold-flake stripe. It benefits the Bowie CHOP fund, and will be available at all FedNuts locations until it sells out.
January 13th, various locations.

The Rock & Roll Playhouse presents Music of David Bowie for Kids
“Let all the children boogie!” The Rock and Roll Playhouse brings the music of David Bowie with a side of fun (think glow-sticks, freeze-dance games and a giant parachute) for the littlest fans. It’s a full-on tribute concert that parents will enjoy too, performed by (who else?) Candy Volcano.
January 7th, 11:45 a.m., Ardmore Music Hall, 23 East Lancaster Avenue, Ardmore.

David Bowie narrates Peter and the Wolf on WXPN Kids Corner
Here’s another random Philly-Bowie connection for you: In 1978 he narrated the story of Peter and the Wolf for the Philadelphia Orchestra’s recording of the Prokofiev composition. WXPN’s Kids Corner will play it in its entirety on Monday night — listen on 88.5 FM or stream on xpn.org.
January 9th, 7 p.m.