How Doobie’s Got Its (Stolen) Bowie Back

“See, I told you,” says Doobie’s owner Patti Brett. “David is watching out for me.” 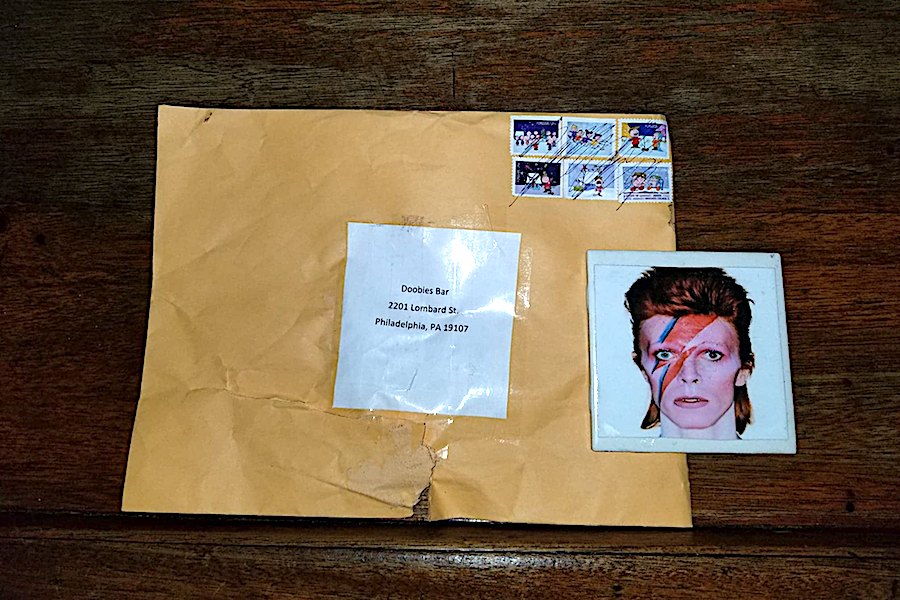 Last week, we told you about the St. Patrick’s Day drunk who tried to steal a David Bowie mirror from Doobie’s Bar in Philadelphia. In that story, Doobie’s owner Patti Brett said that while she was able to thwart his larcenous efforts and pummel him in the head with her fists, she noticed later that night that a David Bowie tile had gone missing from the bar’s wall. Well, we are happy to report that the tile has been returned to its rightful owner — via U.S. Mail.

The package showed up at Doobie’s on Friday, but Brett, who may be the world’s biggest David Bowie fan, didn’t get around to opening the envelope until Monday. When she did, she found the tile — part of a set gifted to her shortly after Bowie’s death — wrapped up in a bunch of napkins and paper towels. There was no return address.

At first, Brett thought that some generous, empathetic person might have had the tile made and sent to her after reading last week’s article, but then she flipped the tile over and saw that the production stamp on the back was identical to the other three tiles from the set. 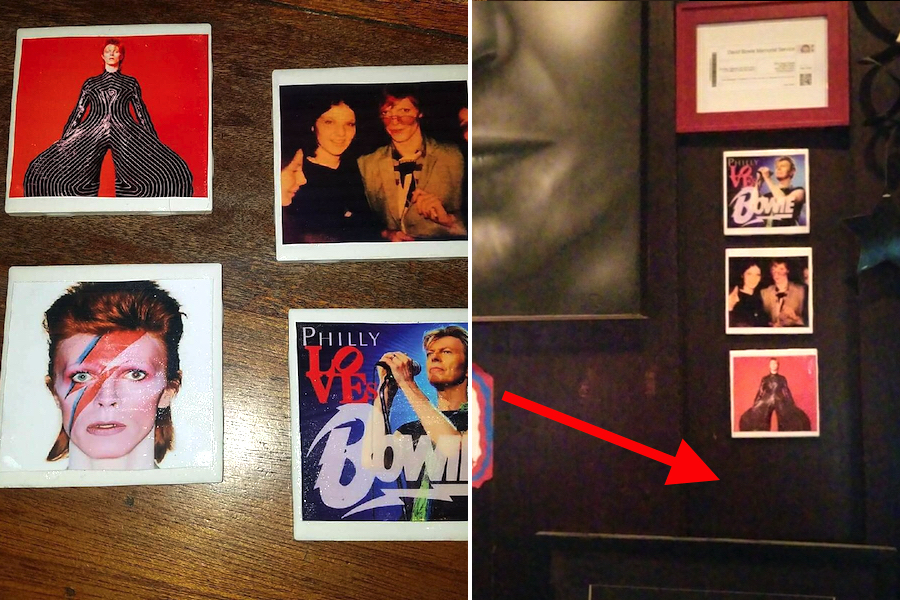 Left: The set of tiles that were gifted to Brett. Right: A photo showing the spot where the tile had been prior to the theft.

“See, I told you,” Brett says. “David is watching out for me. I think that the thief realized that there was a lot of bad karma surrounding what they did. They were made to feel a little guilty. And they didn’t want to have that bad karma following them around.”

Brett also got some interesting phone calls after news of the St. Patrick’s Day incident got out. 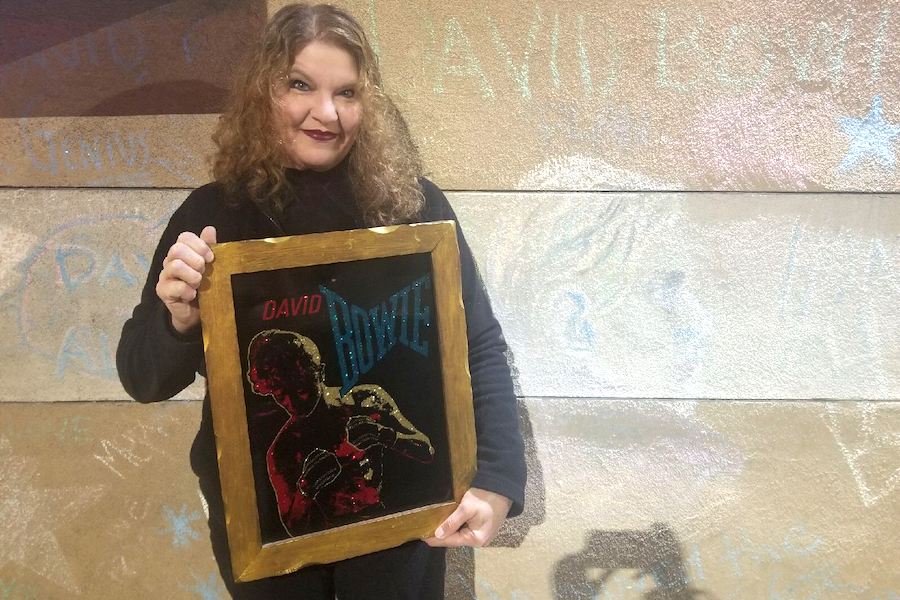 First, Yards Brewing Company got in touch with her to see if she wanted to work with them on making an IPA called Let’s Dance, since the nearly stolen mirror was based on Bowie’s Let’s Dance album cover.

And then, she heard from her attorney friend.

“He gave me hell for hitting the guy,” says Brett. “But I explained to him that I flew into a blind rage. There wouldn’t have been any way to stop what happened… My friends are telling me I should have some Doobie’s t-shirts made with me holding a bat and the letters ‘DPMO’. Don’t. Piss. Me. Off.”