The Ultimate Guide to Group and Outdoor Games Around Philadelphia

Here’s what and where you’ll be playing all summer long. 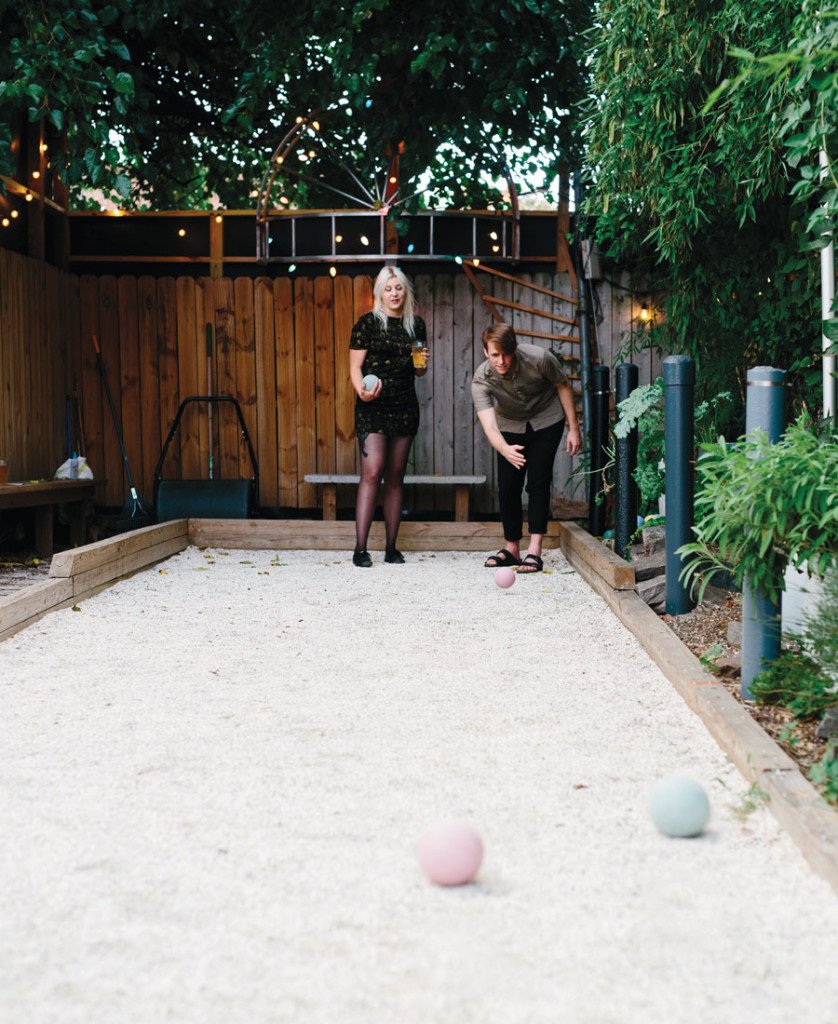 Shore days, city picnics — hell, even Saturday nights: Philadelphians (grown-up ones!) are obsessed with adding all sorts of games to their social agendas. Here, what and where you’ll be playing all summer long.

Where to Find Games Around Philly 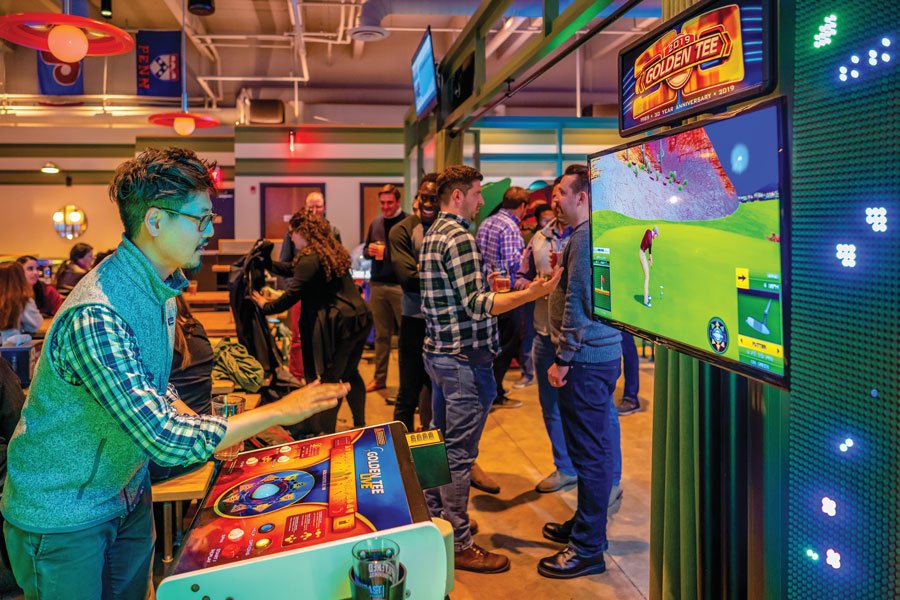 Go here for: Golf
The first area location of this chain has a real driving range, bays that hold eight people, tons of food, and a drink menu — buckets of beers, margs, wines — that might be longer than your three iron. 104 Centerton Road, Mount Laurel.

Go here for: Shuffleboard
You’ll have to elbow the college kids out of the way to get to the shuffleboard, Skee-Ball, bubble hockey and Golden Tee, but there’s plenty to do at this sleek beer hall while you wait. Namely, eat and drink: There are craft beers, cocktails, loaded waffle fries and soft-serve sundaes. 129 South 30th Street, University City.

Go here for: Table shuffleboard
The newest watering hole from the Standard Tap guys has beers from around the world (hence the name) and wines, vermouths and sherries on tap. After you sample all that, give the shuffleboard a spin; it’s custom-made, extra-long and challenging, thanks to its unique L-shape. 1624 North Front Street, Kensington.

Go here for: Bocce
This verdant patio would be one of the city’s best outdoor spots even if it didn’t have a legit bocce court. And the snackable menu (think charcuterie, veggies and pickles) and local beers and wines mean you can easily — dangerously! — linger for hours. 2113 East York Street, Kensington.

Go here for: Ping-pong
The name pretty much says it all: A chunk of this Conshohocken Brewing Company space is dedicated to active gaming. There are ping-pong and shuffleboard tables, plus foosball. On the other side of the wall — where you can drink in peace — you’ll find bar food and tap beers. 230 Bridge Street, Phoenixville.

Go here for: Board games
If you prefer drinks sans sweat, pull one of the 800 board games off the shelf here. There are classics (Battleship, Monopoly), crowd pleasers (Cards Against Humanity, Jenga), and strategy games for those who are into Magic and Azul. (You know who you are.) The menu has booze, milkshakes and French bread pizza. 1642 Fairmount Avenue, Fairmount. 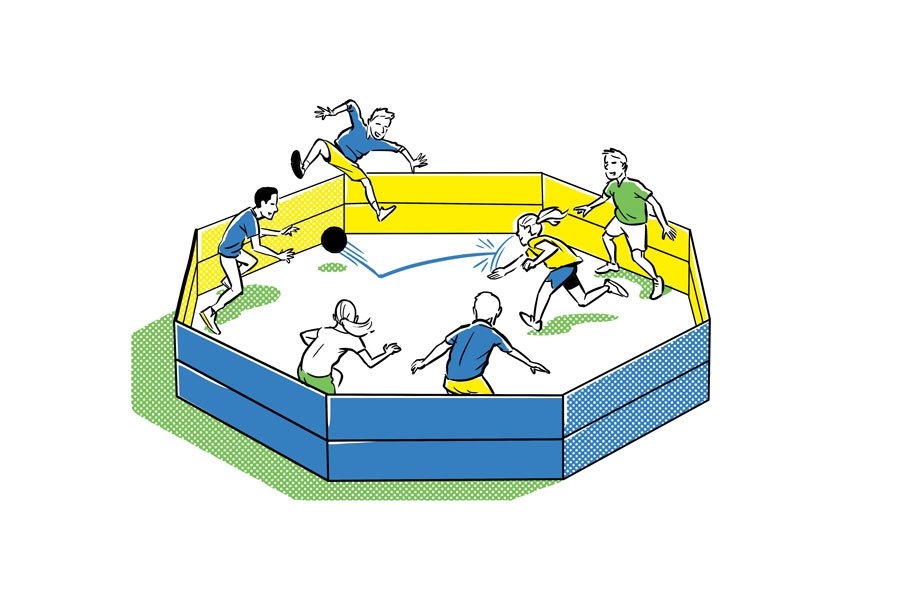 The game has been a summer-camp staple around Philly for a while, but it’s finally having its mainstream moment. The New York Times declared it popular in 2012, and North Jersey and NYC now have dedicated gaga venues. (Think BounceU, but for gaga, with after-school programs and birthday parties.) It’s often referred to as Israeli dodgeball, but mostly, it’s just a gentler version of the schoolyard original: A soft ball gets slapped instead of chucked; if you get hit in the legs, you’re out; if you catch the ball on the fly, the person who hit it is out. Last kid standing wins. If you want to play now, you can find pits at Treehouse World in West Chester, Grand Slam USA in Malvern, and Woodlawn Park and Cherry Street Park in Willow Grove.

This fast-growing sport is coming to a town near you. 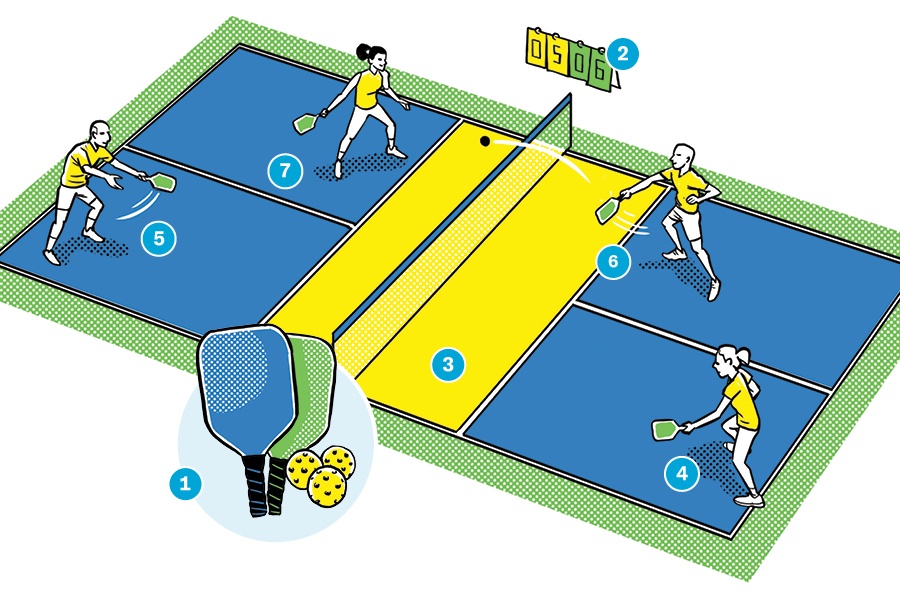 Your guide to pickleball. Illustration by Charlie Layton

When Cherry Hill’s Denise Donald, 58, started playing pickleball in 2011, she had a crew of 10. Now, there are more than 1,200 members in her South Jersey Pickleball Meetup. This isn’t surprising: Pickleball is one of the fastest-growing sports in America. The game originated in the 1960s, and despite its highly unmarketable moniker (it’s named for its inventor’s dog), a robust network of regional ambassadors has helped spread the sport in the past few years. (Donald is the ambassador for South Jersey.) If you’ve played, you know why people get hooked: Zero athletic prowess is required; it’s a great workout; and because it’s a game of finesse, all ages and genders can play together. Here, Donald walks you through the basics.

1. Equipment. “You need a paddle, which ranges from $50 to $100 — people usually have loaners — plus balls and tennis shoes. Don’t wear running sneakers. Don’t forget to stretch!”

2. How to keep score. It’s a lot like volleyball. “Only the serving team can get points. If you get a point, the server switches sides. Each team member gets to serve at least once before it goes back to the other team — except for the first point. The first team to 11 wins, and you have to win by two.”

3. Mind the kitchen. A.k.a. the no-volley zone. “The only time you can step in is to return a shot if the ball bounces in there.”

4. Find your rhythm. “You want a deep serve, a deep return, then everyone should come to the kitchen.” This is when you work those dinks.

5. Always serve underhand. “Keep the paddle up and in front of you. Palm should be up; the ball should be hit below your belly button.”

6. Perfect your dink. “Don’t pop it up, because your opponent will just smash it down. Aim for people’s feet. You’re trying to move people and create holes where they can’t get the ball. It’s placement over power.”

7. Don’t be afraid of the ball. “If you stay back, you’ll lose points. It’s a plastic ball. You can get a nice little tattoo or bruise, but it’s not going to really hurt to get hit.”

To find a group or lesson, you can search for your local ambassador at USAPA.org or Meetup.com. There are lots of players at Green Valley Country Club in Lafayette Hill and at many YMCAs. Shore tip: Ocean City is a pickleball hot spot.

Published as “Beyond Cornhole” in the May 2019 issue of Philadelphia magazine.