The International: Kensington’s Latest Bar by the Johnny Brenda’s Duo

The new bi-level space on Front Street is now open. 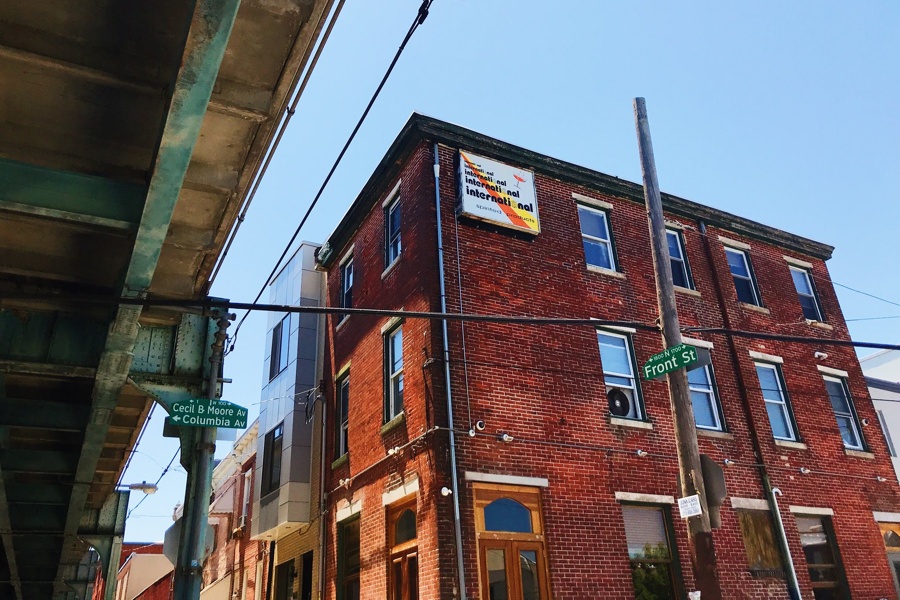 The International, the latest project from Standard Tap and Johnny Brenda’s owners William Reed and Paul Kimport, is now open in Kensington.

The bi-level space at 1624 North Front Street, formerly home to Shenanigans Under the El, opened last night. The concept includes a bar on each floor: downstairs has more of a casual, corner bar vibe with a DJ setup similar to Johnny Brenda’s, while the upstairs — which they’re calling the Service Bar — will focus on cocktails.

“We wanted the upstairs space to be its own thing — its own  special place,” said Reed. “We want to reward people for exploring the space, for walking up the flight of stairs.”

The upstairs bar will mix drinks with its own Service Bar Rye, made in collaboration with nearby Rowhouse Spirits. It also has a 24-tap Cruvinet system that they’ll stock primarily with sherry, vermouth, and other easy-drinking fortified wines.

True to its name, the International will serve beers from around the globe rather than local brews (which you can drink plenty of at Reed and Kimport’s other restaurants), but stick to local spirits, considering they’re in the middle of a neighborhood booming with craft distilleries. The food menu, developed by chef Paul Lyons, is focused on snacks rather than entrees or meals — think skewers and other finger foods that don’t require the use of utensils.

The International is open from 11 a.m. until 2 a.m. Tuesday through Sunday (the kitchen closes at 1 a.m.) and closed on Mondays.