The Ultimate Guide to Movie Theaters Around Philadelphia

Whether you're looking for luxury loungers or indie films, here's where to find your new favorite theater around Philly. 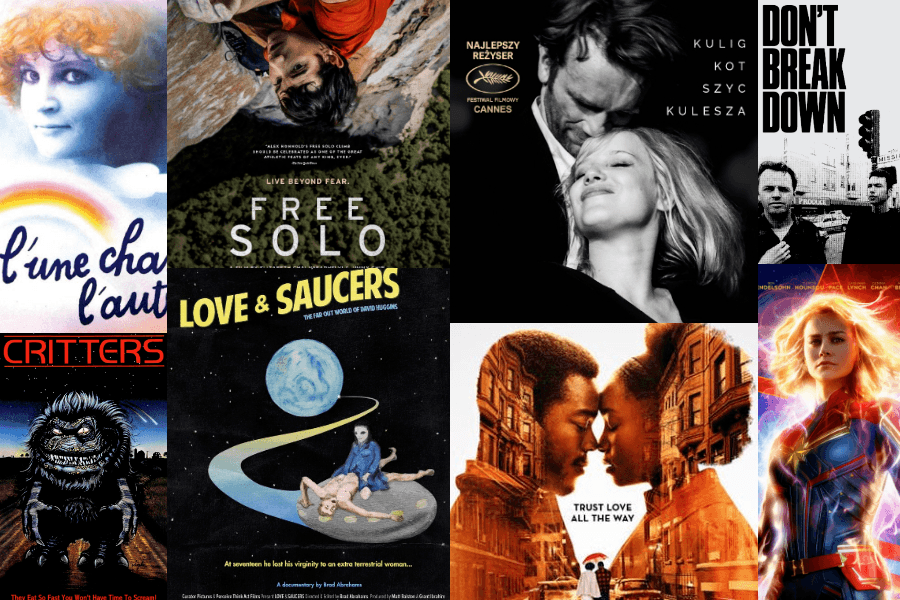 Looking for movie theaters around Philadelphia? Let our handy guide direct you to your new fave.

Picking a movie is all about matching the mood you’re in. What do you want to watch, and where, and what do you want to eat while doing it? These are tough questions — which is probably why scrolling is the thing you do most on Netflix, Fandango, etc. That’s why we’ve come up with this handy little guide, to help you match your mood with a movie-going experience.

If You … Want to Be Waited On in the Theater

It’s the height of unnecessary luxury: Having somebody serve your food to you in the theater like you’re a well-to-do dowager on a dirigible ride across the Atlantic. Surprisingly, I couldn’t find any theaters in the city limits that currently offer this amenity, but there a couple suburban outposts of national chains that do. Movie Tavern Flourtown (1844 Bethlehem Pike, Flourtown, PA, 215-866-4950) has an impressive menu that includes alcohol, brunch, salads, pizza, steak, you name it. You can have two pounds of wings brought to you (for $29), but then you — and presumably some friends — will be eating wings in the dark. Are there enough napkins for that? The Studio Movie Grill Upper Darby (53 S. 69th St., Upper Darby, PA, 610-553-9090) also offers some interesting stuff: sriracha chicken sliders, quesadillas, a hummus plate — plus alcohol, pizza, salads, etc. As we go to press you can drink red wine, eat some ribs and watch Happy Death Day 2U. What a country.

If You … Want Your Brain to Explode

There’s IMAX and then there’s the Tuttleman IMAX Theater at The Franklin Institute (222 N. 20th St., 215-448-1200) where you feel like you’re sitting in the middle of gigantic eyeball that’s screaming at you. It’s intense, is my point. The tilted dome design is four and a half stories tall, 70-feet-wide and bolstered by a 20,000 watt sound system that makes it tough to notice the crunch of your own popcorn. They specialize in sciencey stuff (tornados, sharks, pandas, etc.) but big summer blockbusters and revived classics — like the re-mastered 2001: A Space Odyssey — also set up shop, if they can fill the screen.

If You … Want to See the Hottest Indie Films

Chances are, if it’s up for Best Picture, Best Cinematography or Best Actress, it’s an indie-ish, artsy-ish movie, and the most reliable place to find that sort of fare in Philly is at the Ritzes in Old City. Ritz At The Bourse (400 Ranstead St., 215-440-1181), Ritz Five (214 Walnut St., 215-440-1184) and Ritz East (125 S. Second St,., 215-925-4535) have been showing smart, subtle movies about French murders, Italian trysts, awkward family reunions, historical tragedies, disabled beekeepers, quirky New Yorkers, ribald aristocrats, foul-mouthed professionals and doomed dreamers for as long as anyone can remember, and any fears that they’d change once the Landmark chain took over have long since been assuaged. Whether it’s a big ol’ Merchant Ivory or a little slacker comedy starring nobody, the Ritzes are a good bet.

If You … Want a Side of Education With Your Entertainment

Yeah, yeah, we know: Going to the movies is supposed be a time you don’t have to think hard. But if you’re an aspiring filmmaker, curious about how films come together, or just obsessed with the industry, Bryn Mawr Film Institute’s full line-up of classes is a great way to learn about everything from the history of film to the “building blocks of screenplay.” Plus, they’ve also got a running calendar of indie and foreign films that you can view on the big screen. 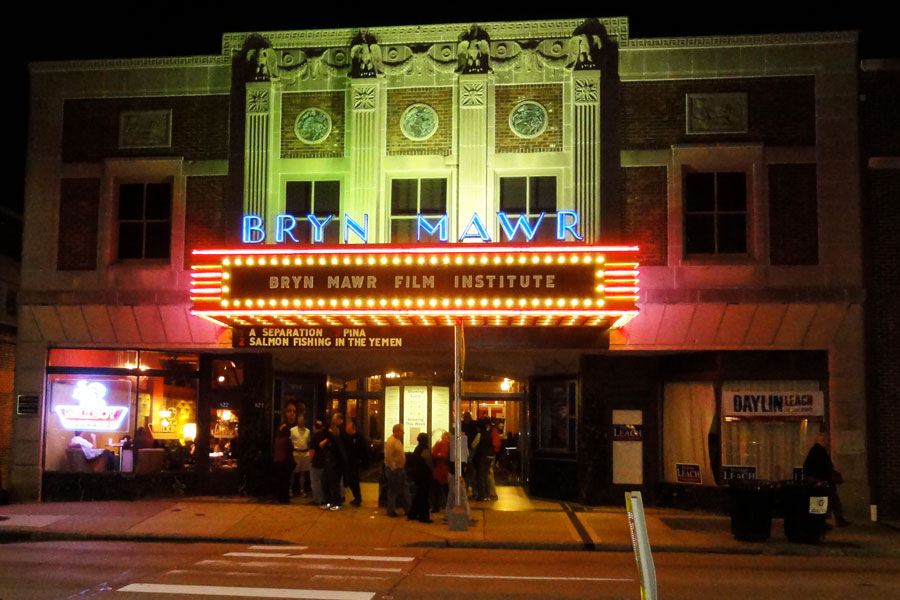 The Bryn Mawr Film Institute is one of the best movie theaters around Philadelphia. Photograph by Bart Everson.

In another life, PhilaMOCA (531 N. 12th St.) in the Eraserhood was a mausoleum showroom; now it’s a reliable hub for offbeat music, comedy, art and movies. Strange movies. The kind of stuff they don’t show anywhere else: punk music docs, artist docs, docs about people who have sex with aliens, Japanese cult faves, unearthed psychotronic treasures, schlocky Troma horror, fan remakes, etc. And whenever they can, they have the filmmakers and stars on hand to explain themselves and autograph things.

If You … Want Something Foreign and/or Mindbending

The aforementioned Ritz theaters play foreign films, but if you want to dig deep — like an eight-day-retrospective-of-works-by-a-1970s-Dutch-feminist-filmmaker deep — you should probably head west. Located in UPenn’s International House, Lightbox Film Center (3701 Chestnut St., 215-387-5125), boasts a schedule full of recent and dusted-off treasures from places and eras you may not know existed. Even the experimental head-scratchers are well-curated (and sometimes contextualized with pre- or post-screening discussions). With the exception of a few animated matinees and nostalgic series focused on well-known directors, you probably won’t find any of these films on a streaming service.

If You … Just Want to Be Comfortable

If You … Want to Watch an Old Favorite

There’s only one place around here pretty much dedicated to unforgotten faves with hardly any artsy overtones and that’s cozy little South Street Cinema (329 South St.). Though they make room for cult stuff, their schedule is almost entirely comfort movies. As I write this, their schedule includes: Heathers, Poltergeist, Leprechaun, Groundhog Day, Pulp Fiction, etc. Otherwise, it’s all about picking your spots: Thursdays at Philly Film Center (1412 Chestnut St., 215-422-4580), Midnight Madness at Ritz at the Bourse and Mondays at the Trocadero (1003 Arch St., 215-922-6888).

If You … Want to Be Scared to Death

The biggest name in Philly horror is surely Exhumed Films, who make their bones screening spooky oldies, cult classics, lost exploitation flicks and forgotten screamfests with varying degrees of artfulness. They host events at lots of different theaters, but their 12- and 24-hour marathons usually take place at Lightbox. Often the lineup isn’t announced ahead of time; still fans show up by the hundreds because they trust the Exhumed name. Also on the horror radar: Philadelphia Unnamed Film Festival (a.k.a. PUFF), who have a keen eye for horror with varying degrees of bloodiness. You can usually find them at the aforementioned South Street Cinema.

Jay Schwartz’s roving Secret Cinema series is a certified Philadelphia institution. For something like 25 years, he’s been showing once-lost bits of film (never video) at screens all over town. Some are gorgeous nostalgia trips, some are cringe-worthy glimpses into a bygone era, some are home movies starring strangers. They don’t all have sound and they’re not all masterpieces, but Secret Cinema events are singular experiences that engage you in ways regular movie screenings don’t.