Or maybe a little of both. 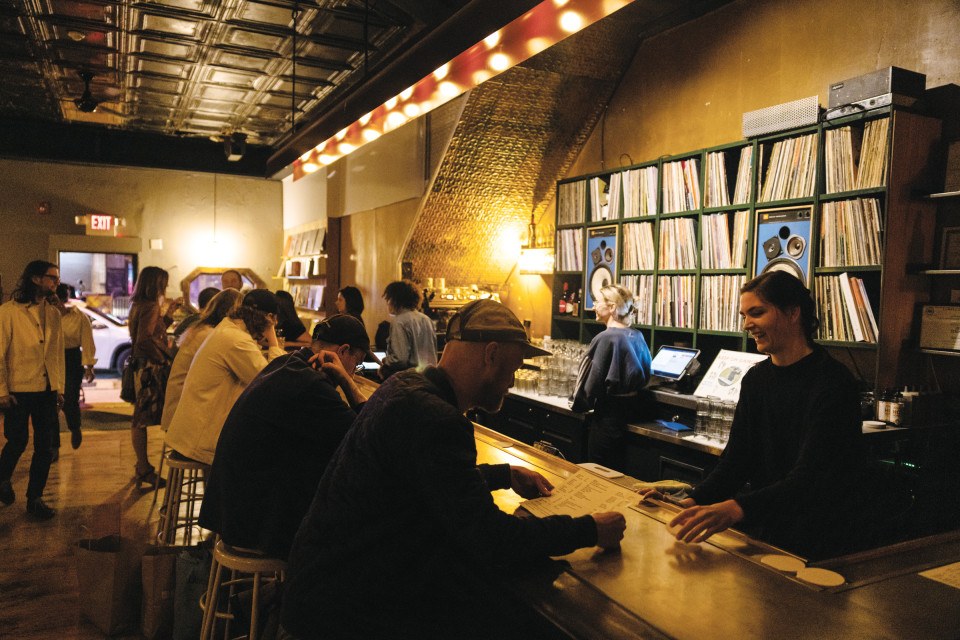 It might sound like a dodgy prospect to open a music venue in the year 2022 — especially one focused not just on jazz, but on avant-garde jazz and experimental music. Mark Christman isn’t too worried, though, about his new club on South Broad Street, Solar Myth.

As the founder and director of the nonprofit Ars Nova Workshop, Christman has been booking experimental artists in this city for a long time: brainy plinkers of strings, chaotic honkers of horns, mad scientists with homemade instruments, atypical acts of all kinds kept afloat by curious listeners, cult followers, a grant or two and sheer force of will. The shows may be odd — okay, they’re most definitely odd — but they reliably draw crowds. “I don’t know if I would have lasted 22 years if the support wasn’t there,” says Christman, a 46-year-old West Philly resident and Drexel grad.

In the past, Ars Nova took a vagabond approach, staging shows at galleries, museums, synagogues, public parks and so on. Christman remembers in the early days constantly asking himself if anybody was going to turn out for that evening’s performance by a Danish horn player or an improv orchestra. These days, though, “It’s been so long since I’ve had that feeling that I can barely relate to it,” he says.

Now, Ars Nova has a home, with its name cribbed from a 1971 double LP by late Philadelphia avant-garde jazz legend Sun Ra, who lived in Germantown and claimed to have been from Saturn. Solar Myth is the latest resident of 1131 South Broad Street, a rowhome-shaped bar and performance space until recently known as the Boot & Saddle. 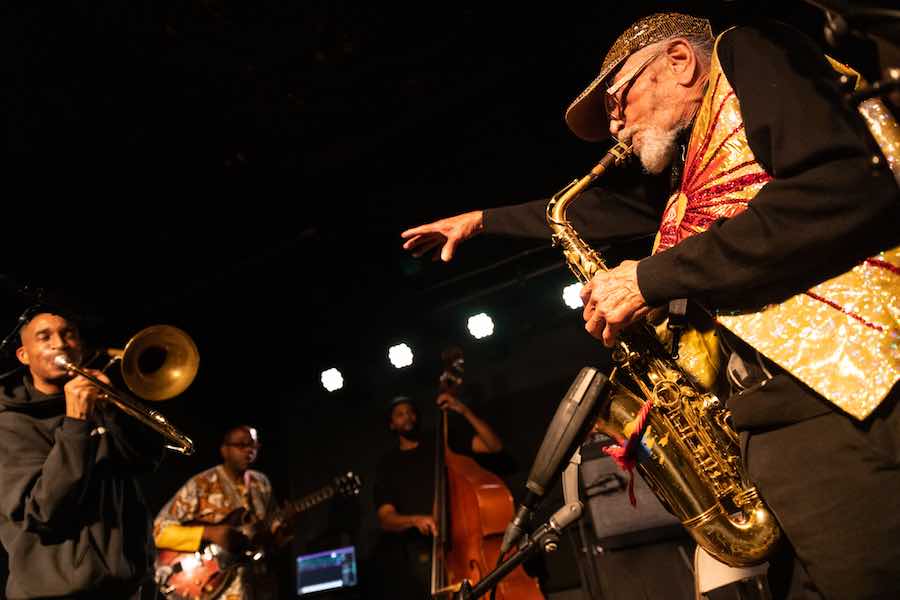 That name harks back to its origins as a country-and-western club where sailors chain-smoked and pounded uncrafted beers while a guy played Merle Haggard covers. When the Navy left the Navy Yard in the mid-’90s, the Boot morphed into a rock and punk venue for a bit before going dark for a decade and a half. In 2013, it reemerged as a popular spot for catching rising indie acts of all sorts (Lizzo played there that year, long before you heard of her), until the pandemic knocked the lights out again in 2020.

Christman and co-owner Evan Clancy — he also runs Fountain Porter, a popular burger-and-beer bar a few blocks away — opened the doors to Solar Myth in November of 2022, with the only outward indication of the venue’s new life a spray-painted stencil on the front door. Just inside, a small shop is stocked with bins of records and shelves of books appropriate to the venue’s artsy leanings, and the cafe/bar seating area has been reconfigured with comfy, curvy booths for socializing seven days a week. 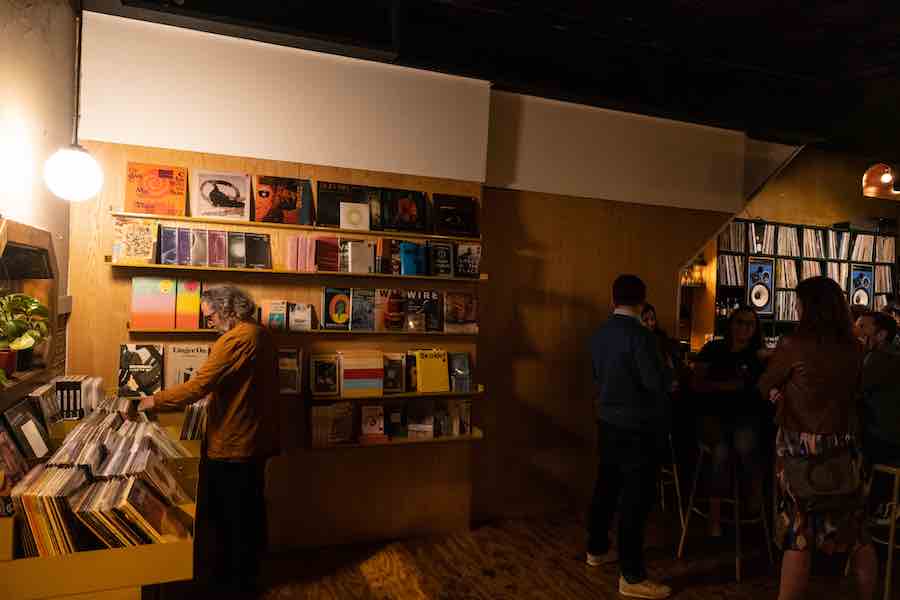 Besides the music, the most striking change is Solar Myth’s existence as an all-day cafe, with coffee by Rival Bros., tomato pie by Mighty Bread, and a well-curated wine bar. There are a few beers on tap, too.

The cozy back-room performance space boasts a few shows per week, if that, with a capacity of about 150 people, so Solar Myth’s success hinges on establishing itself as a neighborhood hang, not merely a venue for people who like weird music. As for that music, the acoustics were clean and the crowd was rapt at a recent show featuring Sun Ra Arkestra bandleader Marshall Allen, announced via email two days in advance. (It sold out right away.) It was much easier on the ears than the cacophonous ensemble I saw wailing away on that same stage two nights earlier. With a place like Solar Myth, you should expect the unexpected — and maybe do a little research ahead of time. This is still Sun Ra’s hometown after all. Well, his terrestrial home, anyway. 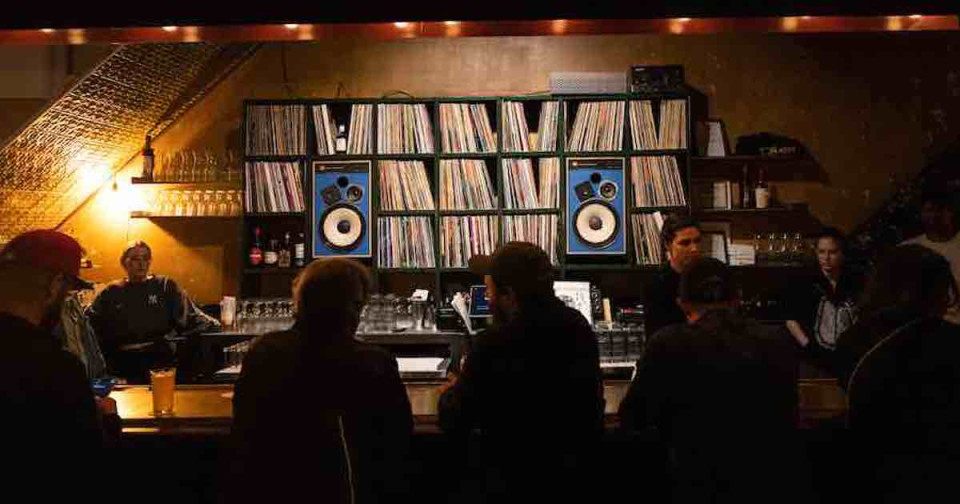 Published as “Bonkers or Brilliant?” in the January 2023 issue of Philadelphia magazine.