The band released “Infinity Tickets,” which could be for anywhere in the stadium. Plus, how to win tickets to the June 8th show. 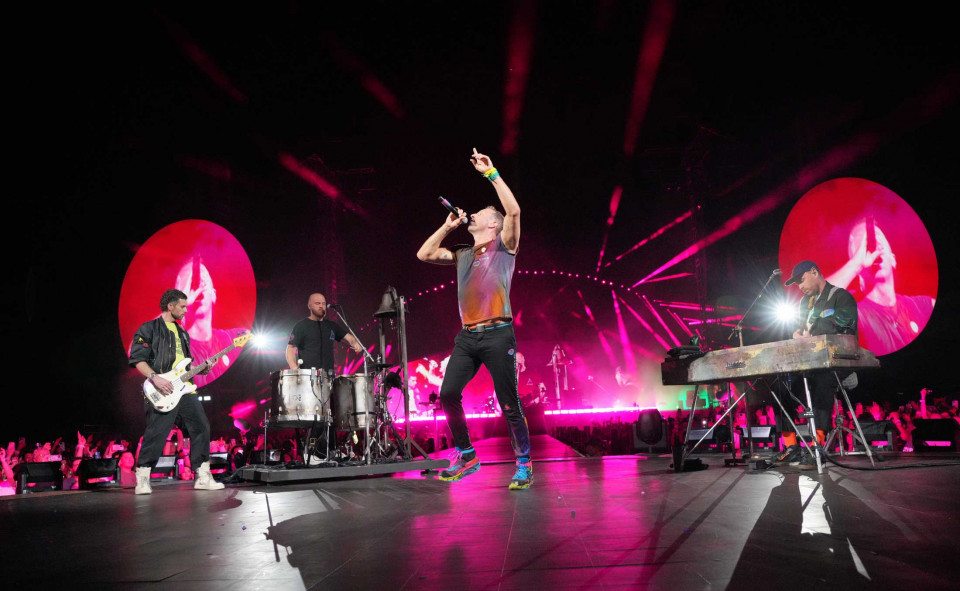 Coldplay kicked off their Music of the Spheres world tour on March 18th, and bring it to Philly on June 8th / Photograph by Kevin Mazur/Getty Images

If you read our summer concert guide, you already know that Coldplay is bringing their Music of the Spheres world tour to Philly this week — Wednesday, June 8th at Lincoln Financial Field, to be specific. And if you looked into it, you may even know that they have some very VIP (and not at all inexpensive) ticket options.

Well, if you’re short on VIP-level funds but long to hear “Yellow,” “Fix You,” and “A Sky Full of Stars” played live under the Philadelphia sky, you are in luck. Coldplay today announced a brand-new kind of ticket that’ll allow fans to see them for just $20 per ticket (plus, of course, any applicable taxes and fees).

Here’s how the $20 Infinity Tickets work. They must be bought in pairs (each $20-ticket purchaser is restricted to just that pair); and the catch (or the fun of it, depending on your taste for surprise) is that you don’t know where in the stadium your seats will be. Ticket locations will be selected at random, and you don’t find out where you’re sitting until you pick the tickets up the day of the show. Will you be up in the nosebleeds? Will you be just a couple feet away from the stage? Who knows? Either way, you get to be there for $20.

Meanwhile, if you want even more of a “lottery” adventure, enter our actual ticket lottery on our Instagram for a chance to win two tickets to the June 8th show.

Coldplay says they launched this new ticket program to make their tour more accessible to their fans. The band’s publicity team tells us they also teamed up with local organizations to give their Infinity Tickets to first responders, hospital workers, teachers, and members of the military.

In addition to their efforts to expand accessibility, Coldplay’s Music of the Spheres tour — in support of their ninth studio album of the same name — was also planned with sustainability initiatives, including one tree planted for every ticket sold, use of renewable energy, and what they describe as “power bikes and kinetic dancefloors, where fans can charge the show battery to power the C stage at the next show.” Even the LED wristbands you’ll get to light up the audience are made from compostable, plant-based materials.