From the Roots Picnic to Sir Elton, your guide to what's sure to be the best summer concert season ever. 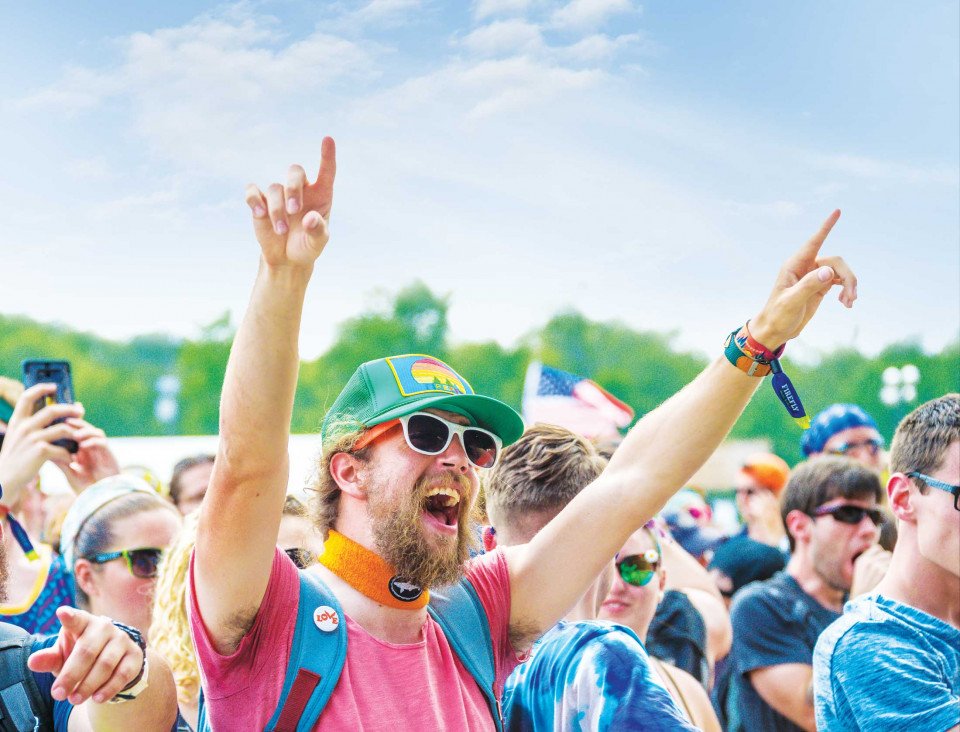 It’s going to be a big year for summer concerts. Photograph courtesy of Alive Coverage

After two years of COVID uncertainty, it seems every band in the world is on tour this summer. Here’s a guide to what’s sure to be the best summer concert season ever.

T-Pain
The artist who brought the now-ubiquitous Auto-Tune to the masses. Search out the 2014 New Yorker profile “The Sadness of T-Pain” for insight into this complex rapper. June 2nd at the Fillmore.

Kurt Vile
The hometown hero pairs up with two avant-garde ensembles: Chicago’s Natural Information Society for night one and our own Sun Ra Arkestra for night two. I’d go to both. June 3rd and 4th at Union Transfer.

Headliners are Mary J. Blige (performing with the Roots), recent Cardi B and Usher collaborator Summer Walker, and Nigerian music star Wizkid. But get there early so you don’t miss Philly talents Jazmine Sullivan, Tierra Whack and DJ Jazzy Jeff. More tips in our Summer 2022 Music Festival Survival Guide. June 4th and 5th at the Mann.

Chaka Khan
Rightly billed as “the undisputed queen of funk.” June 8th at the Academy of Music.

Coldplay
Chris Martin sings earnestly and dances like no one’s watching. And if you want a VIP photo op (not with the band, sorry), you can buy that too.  June 8th at the Linc.

Tragedy
Are you ready for something totally ridiculous? Try out this New York City band that performs heavy-metal versions of songs like “Stayin’ Alive,” “Sweet Caroline,” and “Total Eclipse of the Heart.” They’re really very good. June 11th at Kung Fu Necktie.

Robert Plant and Alison Krauss
The once-unlikely pairing of Led Zeppelin’s frontman with the banjo-plucking Country Music Hall of Fame singer has surprised many critics by lasting 15 years. June 12th at the Mann.

Bonnie Raitt
A good guiding principle for your life: Don’t trust anybody who says they don’t like her at least a little bit. June 15th at the Mann.

Justin Bieber
Better than he gets credit for. June 16th at the Wells Fargo Center.

“Something to Talk About”
The tagline for this mini music fest says it all: “Three days of punk in the greatest city in the world.” June 16th through 18th at the Foto Club.

Tune-Yards
Truly one of a kind. If you’re looking to add something different to your life, this may be it. June 18th at Union Transfer.

Kenny Chesney
One of the most successful crossover country artists of all time. June 18th at the Linc.

Tears for Fears
The 1980 British duo (think “Mad World” and “Shout”) with opener Garbage (think “Only Happy When It Rains” and “Stupid Girl”). June 21st at the Mann.

Lionel Richie
Let me help you out with those “All Night Long” lyrics so you know what you’re doing for the inevitable encore. The words are: “We’re going to party, karamu, fiesta, forever.” You’re welcome. June 24th at Hard Rock A.C.

Man Man
The weird and wonderful experimental rock band was once the biggest thing on the Philly music scene and then sort of disappeared. Who knows what they have in store for us with this new from-out-of-nowhere tour? (Google “School of Rock Kids React to Seeing Man Man for First Time” for some laughs.) June 30th at Ardmore Music Hall.

The Peach Festival
Now in its 10th year, this Scranton summer festival features the solo project from Trey Anastasio, the Black Crowes, bluegrass master Billy Strings, the Wailers, and a bunch of other super-chill­ bands. June 30th through July 3rd, Montage Mountain 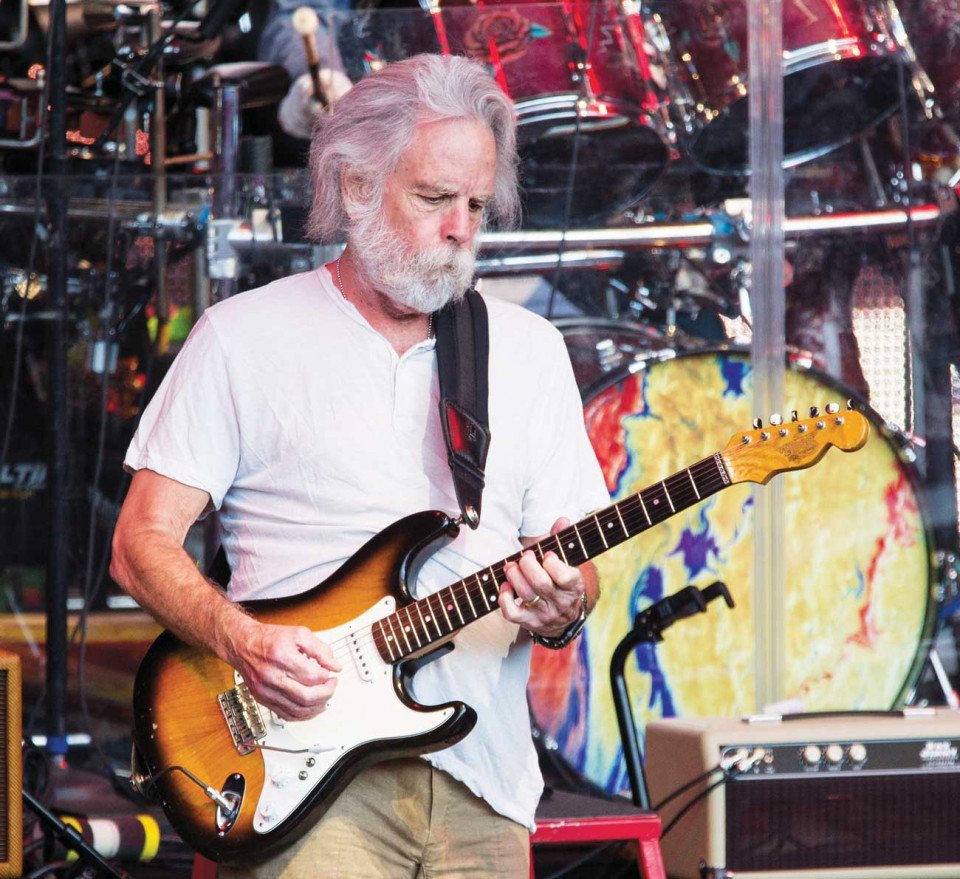 Just how out-there is your favorite jam band? Four favorites, from most jammy to least:

1. Phish
Completely wackadoodle and unpredictable — two qualities their diehard fans keep in the “pros” column. The band was once accused by Esquire of making “terrible music.” Or, as Vice summed Phish up: “It’s important that we never forget that this band is totally awful.” July 19th and 20th at the Mann and August 5th through 7th on the Atlantic City beach.

2. Dead & Company
Rumored to be the final tour for the remaining members of the Grateful Dead, more than a quarter-century after Jerry Garcia, well, died. They’ve gotten less weird in their old age. July 10th at Citizens Bank Park.

3. Disco Biscuits
Phish fans love to besmirch Philly’s own jam band as a wannabe version of Phish. It’s even been suggested that the Disco Biscuits songwriting team makes Phish’s look like Lennon and McCartney. Ouch! At their best, trippy and danceable. At their worst, still better than Phish. June 18th and 19th at the Mann.

4. Dave Matthews Band
Though Dave and company love to noodle — and some fans (dubiously) claim they never play a song the same way twice — DMB is downright tame compared to the competition.  July 15th and 16th at the Freedom Mortgage Pavilion. 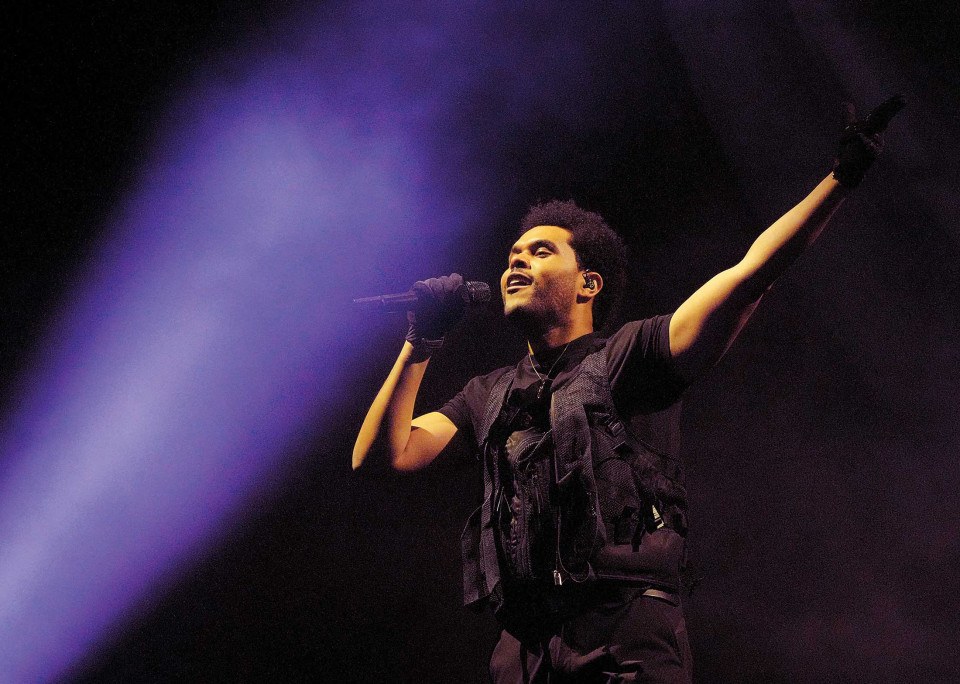 George Clinton & Parliament Funkadelic
He’s not going to be around forever (he’s 80, and I’m frankly surprised he made it this far), so if you want to hear “Maggot Brain” and “One Nation Under a Groove” performed by the man who penned them … July 7th at the Fillmore.

The Weeknd
The first U.S. date on his summer stadium tour. Opening: Doja Cat, who gave the winning performance at last year’s Made in America fest and has been tearing it up ever since. July 14th at the Linc.

Elton John
They’re calling his final tour, so if you’ve always wanted to see Sir Elton in his bespectacled, piano-playing glory, now’s your chance. Speaking of that piano, you can snag a VIP pic with it (minus the Rocketman), but it’ll cost you dearly. July 15th at Citizens Bank Park.

Femi Kuti & the Positive Force
If you’ve ever been to the Mann Center, you either sat on the lawn or had traditional seats. But this season, the Mann has debuted a concert series called Downstage in which the lawn and traditional seats are closed and all of the seating is on the stage itself. “We’ve made it so that the audience and artist can be very much together,” says Toby Blumenthal, VP of programming and chief innovation officer. Next up is Femi Kuti & the Positive Force — Kuti’s the son of Afrobeat legend and activist Fela Kuti — complete with an onstage dance after-party, which sounds like the perfect way to spend a summer night. July 16th at the Mann.

Ledisi
The R&B singer, who picked up her first Grammy last year, will pay tribute to the late, great Nina Simone, accompanied by the Philadelphia Orchestra, no less. July 22nd at the Mann.

Japanese Breakfast
Joined by Yo La Tengo and Cate Le Bon, the former Philadelphian whose given name is Michelle Zauner (and who wrote the 2021 New York Times best-selling memoir Crying in H Mart), performs a charity show, with 100 percent of proceeds going to improve parks in underserved Philly neighborhoods. July 23rd at the Dell.

They’ve Got it Covered

Local tribute bands worth seeking out

If you love Led Zeppelin …
Go see Get the Led Out and their note-for-note album versions of the songs — something the band never did live.
June 17th and 18th at the Keswick.

If you love David Bowie …
Go see Candy Volcano, a glam-band tribute specializing in his music.
July 30th at the TLA.

If you love Grateful Dead …
Go see the brilliantly named Jawn of the Dead.
August 6th at World Cafe Live. 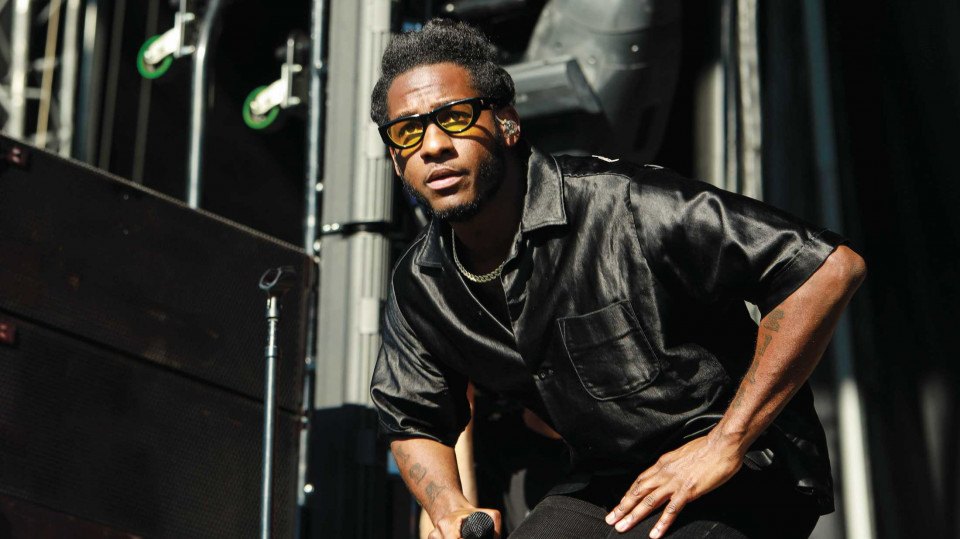 Marian Hill
The electronica duo met at Haverford High and are back with a new album, Why Can’t We Just Pretend?, that’s been getting a lot of attention. August 4th at World Cafe Live.

Roger Waters
One of the most theatrical and special-effects-laden rock shows that exist today, from the arguable mastermind behind Pink Floyd. August 5th and 6th at the Wells Fargo Center.

Alicia Keys
Who knew that Alicia Keys had her own graphic novel? Answer: Probably anybody who would drop a grand on her VIP package, which includes a copy of it. More on the experience in our “Very, Very VIP” guide.  August 6th at Hard Rock A.C. and August 7th at the Met.

Leon Bridges
One day, he was washing dishes in Texas. Two years later? Performing for Obama at the White House. Not a bad trajectory. August 13th at the Mann Center.

Barry Manilow
The final stop on a rare tour from the man who writes the songs that make the whole world sing. August 14th at the Wells Fargo Center.

Brandi Carlile
Touring in support of her widely acclaimed 2021 album In These Silent Days. Something about her performances always gives me chills. August 20th at the Mann. 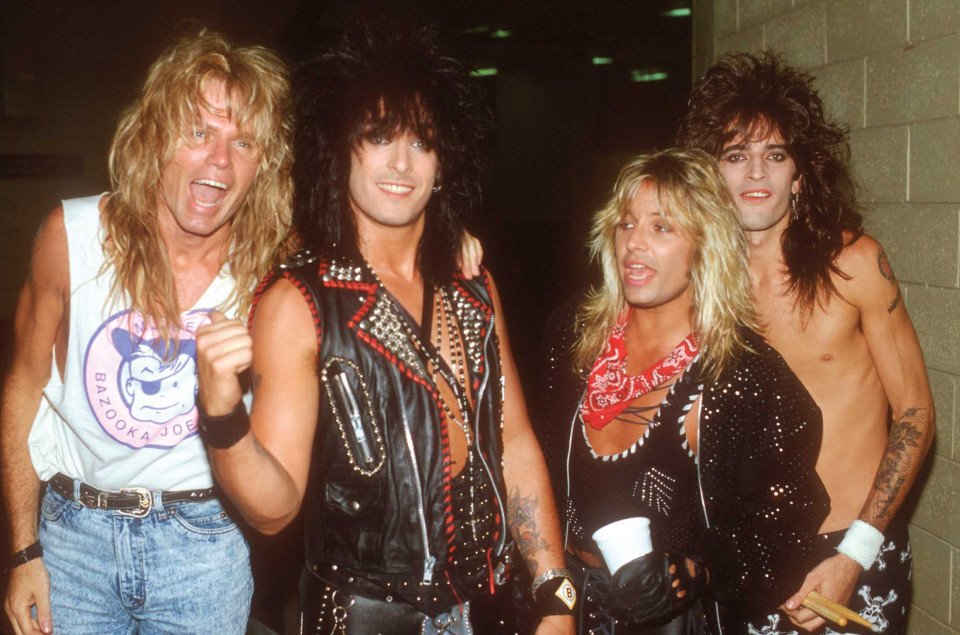 Sometimes, something so bad can be so, so good. Consider these picks musical scrapple.

“Masked Singer: The Live Tour”
When this bizarre TV show first came out, we rolled our eyes and guessed it would be canceled within months. Here we are, seven seasons later. Like they say, there’s no accounting for taste. June 17th at the Tropicana.

Mötley Crüe
Though the whole time I’m sitting there, I’ll be thinking about drummer Tommy Lee’s talking penis. (Watch the mini-series Pam & Tommy — utterly NSFW— for more on this, if you dare.) With Joan Jett, Def Leppard and (ugh) Poison. June 25th at Citizens Bank Park.

NKOTB
Oldheads know them as New Kids On the Block, of course. Never forget that Mark Wahlberg was part of this boy-band troupe before he found his funky bunch and, later, Hollywood stardom. With Salt-N-Pepa, Rick Astley and En Vogue. June 29th at the Wells Fargo Center and July 3rd at Hard Rock A.C.

Vanilla Ice
Performing his hits “Ice, Ice Baby” and … and … okay, I give up. With Tone Loc, Rob Base and DJ Jazzy Jeff. The show is after the Phillies-Mets game, and concert admission­ is included with your game ticket. August 19th at Citizens Bank Park.

Published as “Know It All Guide: For Those About to Rock” in the June 2022 issue of Philadelphia magazine.