She started the year by releasing a critically acclaimed album and performing at the Super Bowl. Here, the singer talks her first Grammy nomination and her favorite Philly dinner spot. 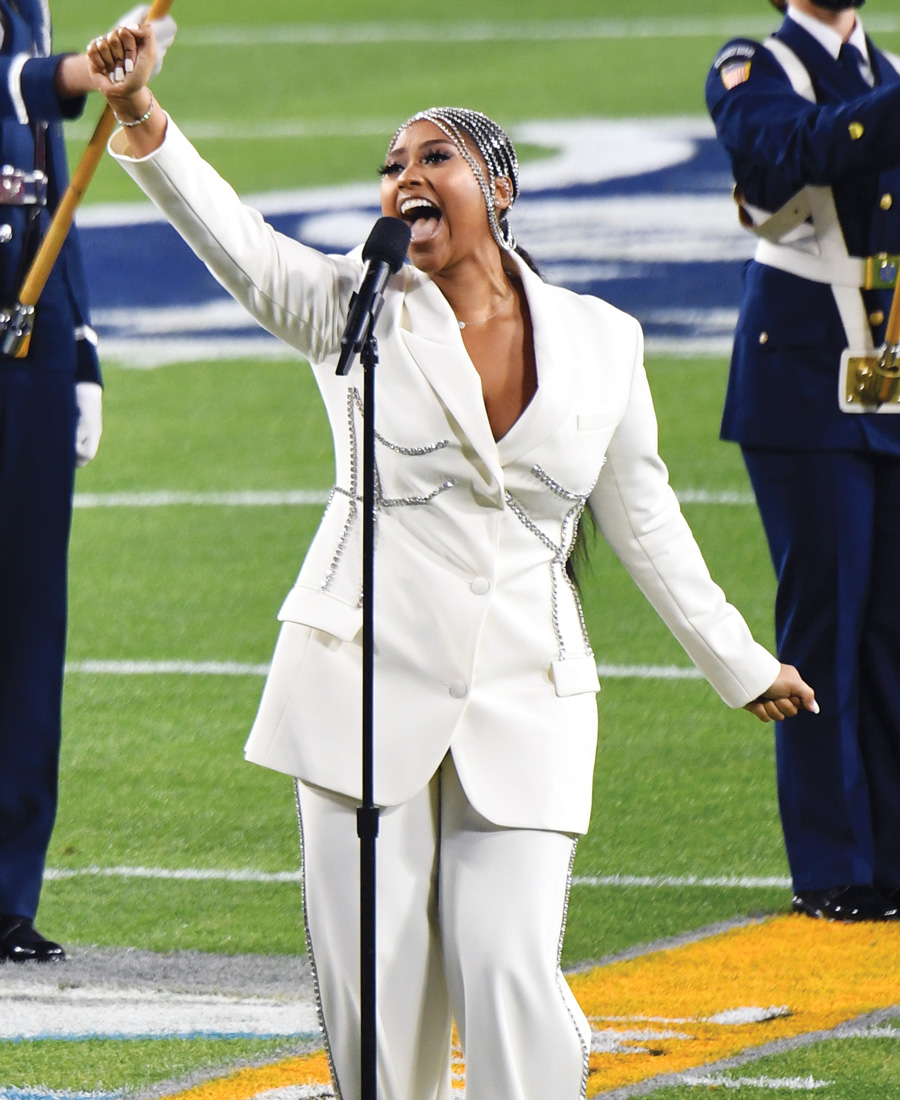 The spelling of my first name … came from my mother’s love of jazz.

I grew up in … Strawberry Mansion. Went to CAPA. Didn’t go to college. I think I would have dropped out.

These days, I live … just outside of Philadelphia, near Ambler.

I started singing … when I was just a baby, at St. Andrew’s Fellowship Baptist Church on Wayne Avenue. And then at any talent show or other place where my mother could get me to sing.

My first Grammy nomination was for … my first album, Fearless, in 2009. That year, I was also nominated for Best New Artist. Who won? Adele. [laughs] Of course I had to come out when Adele came out. Great timing.

I took a break from the industry in 2011 because … I had to get out of a bad relationship. I had moved to California, so I came back home to Philly and got my life back together. I’m still here because my life is here. My family is here. This is home.

Performing the National Anthem at the Super Bowl in February was … exhilarating and nerve-racking and beautiful. It was only, like, a week before the game that I was asked.

The last time I ate meat was … just over a year ago. My mom was diagnosed with inflammatory breast cancer, and she was basically told that meat was the devil. So I’m on the vegan journey with her. I’ve lost about 40 pounds, and before that, I actually lost 60 pounds. I just feel healthier in general.

The most beautiful space in Philly is … the parks around Strawberry Mansion.

If you’re buying me dinner, let’s go to … Bar Bombón in Rittenhouse Square. Vegan Latin food. I Uber Eats from there all the time.

I am deathly afraid of … drowning. I never learned how to swim.

My current junk-food obsession is … Takis chili-lime chips. So good.

The most challenging thing about what I do is … that I feel like I have to be perfect all the time.

The first thing I’ll do once COVID is over is … go to the movies. I love movies. My favorite is Gladiator. Russell Crowe is just so amazing in that.

One book everyone should read is … the Bible. I have Zoom Bible studies with my mom, dad and brother every Wednesday. Heaux Tales is a lot about sex, and some people think I can’t be deeply religious and also sexual. But that’s part of why I did this album: to show that women are not monolithic. We have so many different sides to us.

I’d love to travel to … many places, but definitely Africa. My mom’s Ancestry.com said she’s mostly Nigerian, and it would be great to go home.

My parents are always telling me … to be grateful.

In 10 years, I hope to be … a mother and a billionaire. Nah, I don’t need the money, but I am trying to figure out when to fit in the mommy thing.

Published as “One of Us: Jazmine Sullivan” in the April 2021 issue of Philadelphia magazine.