The Strawberry Mansion native tells all. 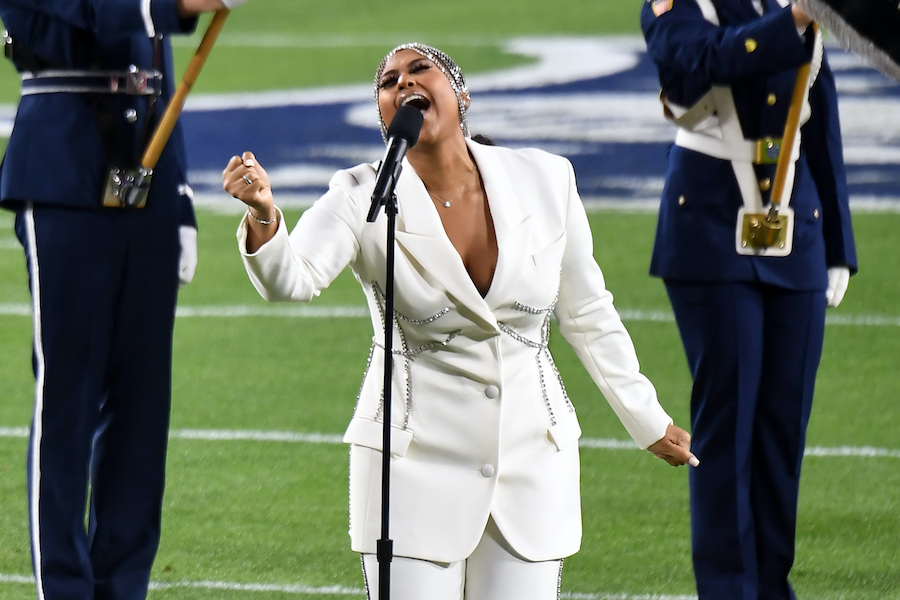 If you were one of the 96.4 million people who tuned into the Super Bowl earlier this month, you probably caught a somewhat unorthodox version of the National Anthem just before coin toss. What is normally performed as a straight-and-narrow solo was, instead, a duet, pairing country music star Eric Church with Philly R&B singer Jazmine Sullivan, who took substantial liberties with the melody, harmonies and arrangement of the iconic song.

“It was exhilarating and nerve wracking,” Sullivan, 33, tells us from her home just outside Philadelphia.

Back in January, Sullivan was busy promoting her fourth studio album, Heaux Tales, a collection of very personal songs and spoken word about sex and love that has been getting rave reviews. The Super Bowl was in no way, shape or form on Sullivan’s radar. She didn’t have a clue which teams were even in contention.

As best as she can remember, Sullivan only got the call to sing at the Super Bowl a week or two before the globally-televised event. She says somebody — she’s not sure who — called her manager to see if Sullivan could do it.

“My mouth dropped,” says Sullivan. “I never even considered that this was something I would ever do. I thought the Super Bowl was only for super duper famous people.”

It usually is. During the previous decade, the roster of National Anthem singers at the Super Bowl included names like Lady Gaga, Pink, and Alicia Keys. And though she’s been nominated for twelve Grammy awards (she lost the 2008 Grammy for Best New Artist to none other than Adele), people watching the Super Bowl may have had to Google the name Jazmine Sullivan (Uproxx has called her career “criminally underrated”) as her voice soared inside the stadium, fireworks bursting overhead.

Sullivan says that she was similarly unfamiliar with Church.

Of course, not everybody thought it was beautiful. As happens anytime somebody performs the National Anthem at a major event, some people love it, and some people don’t. (See: Lady Gaga at the Inauguration). And the unusual version conjured up by Church and Sullivan had plenty of social media critics.

“Sometimes it hurt a little bit and sometimes it made me laugh,” Sullivan says of the haters. “I feel like people are married to the old ways of this country. People should be more concerned about America as a whole and how we treat each other than about how I might change the melody of the song.”

Thanks to COVID, Sullivan says she wasn’t able to rehearse with Church the “normal” way. Instead, the two singers bounced vocal tracks off of each other virtually, eventually getting a chance to run through the tune a few times in person a couple of days before the Super Bowl.

Sullivan started singing when she was a young child at St. Andrew’s Fellowship Baptist Church in Germantown, a few miles away from her family home in Strawberry Mansion. Her musical mother, who sang with McFadden & Whitehead, nurtured Sullivan’s talent, leading to her 2008 debut, Fearless.

Her latest album was released too late to be considered for the 2021 Grammy Awards. But Sullivan is up for a major award at the end of March. On March 27th, she’ll face down Beyonce, H.E.R., Alicia Keys and Ledisi for Outstanding Female Artist at the NAACP Image Awards.

Below, watch Jazmine Sullivan perform the National Anthem with Eric Church at the Super Bowl: