Comics, Tattoos, and Internet Culture: Festival for the People Might Be Philly’s Hippest Yet

For two weeks, Philly’s newest public space — a revitalized waterfront pier — will transform into a paradise showcasing the city’s best in art, culture, and play. Here’s our handy guide. 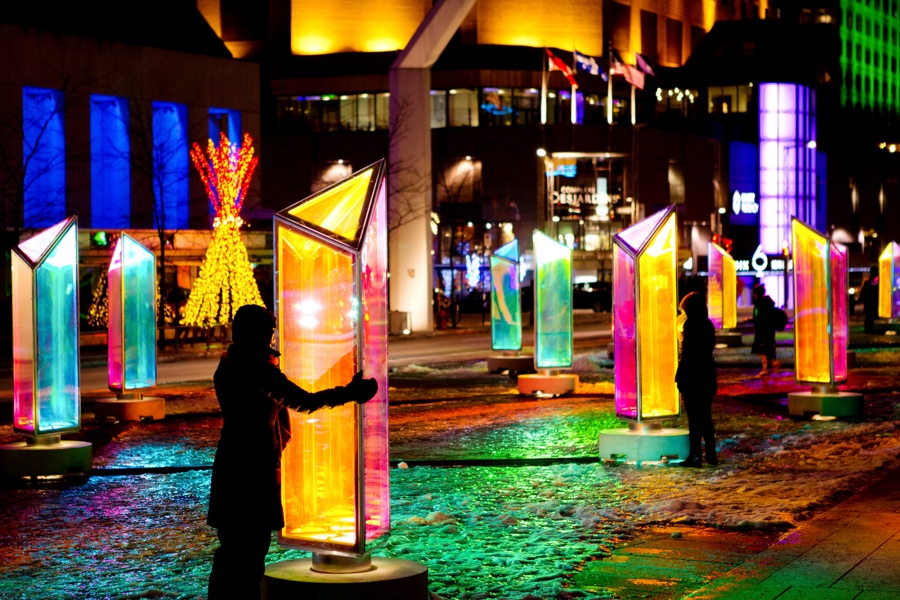 Festival for the People will feature Prismatica, an installation by Raw Design in collaboration with Atomic3, Quartier des spectacles, pictured here in Montréal. (Photo: Cindy Boyce)

As if the location’s riverfront views, first-of-their-kind artist studios, and outdoor garden/cafe weren’t enough to get us going, there’s also a free, massive festival coinciding with the pier’s opening. And right now, it looks like it will be one of Philly’s best. Like, ever.

Philadelphia Contemporary’s Festival for the People will run at Cherry Street Pier and the nearby Race Street Pier between October 13th and 28th. What to expect? Interactive art installations, illuminated see-saws (yes, you can them try out), typewriters, DJ sets, couches for watching short films, on-site tattooing, origami, swing dance, food and beer, and much, much more.

Through the one-of-a-kind event, Philadelphia Contemporary aims to celebrate “the art forms of everyday people” in a thriving public space. In other words, the fête doesn’t end at fun: The plethora of installations, events, and interactive features aim to foster thought about and discussion and criticism of … populism, of course! (That’s where the “for the people” part of the name comes in, after all.) 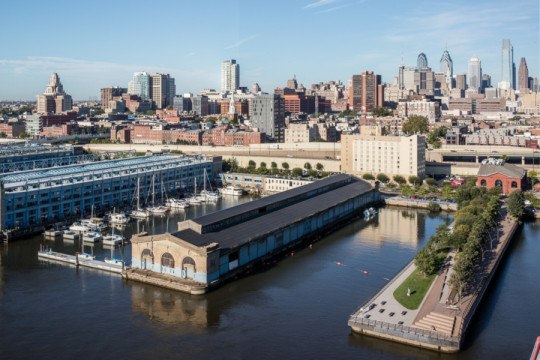 Because Festival for the People will have a lot going on (each weekend will feature a different theme of workshops and events), we’ve compiled a guide to help get you ready. Below, you’ll find information about what you’ll see, do, eat, and drink at the Cherry and Race street piers over the next couple of weeks.

Cherry Street Pier opens at 5 p.m. on Friday. Festival for the People opens at 11 a.m. on Saturday. Go forth, people! 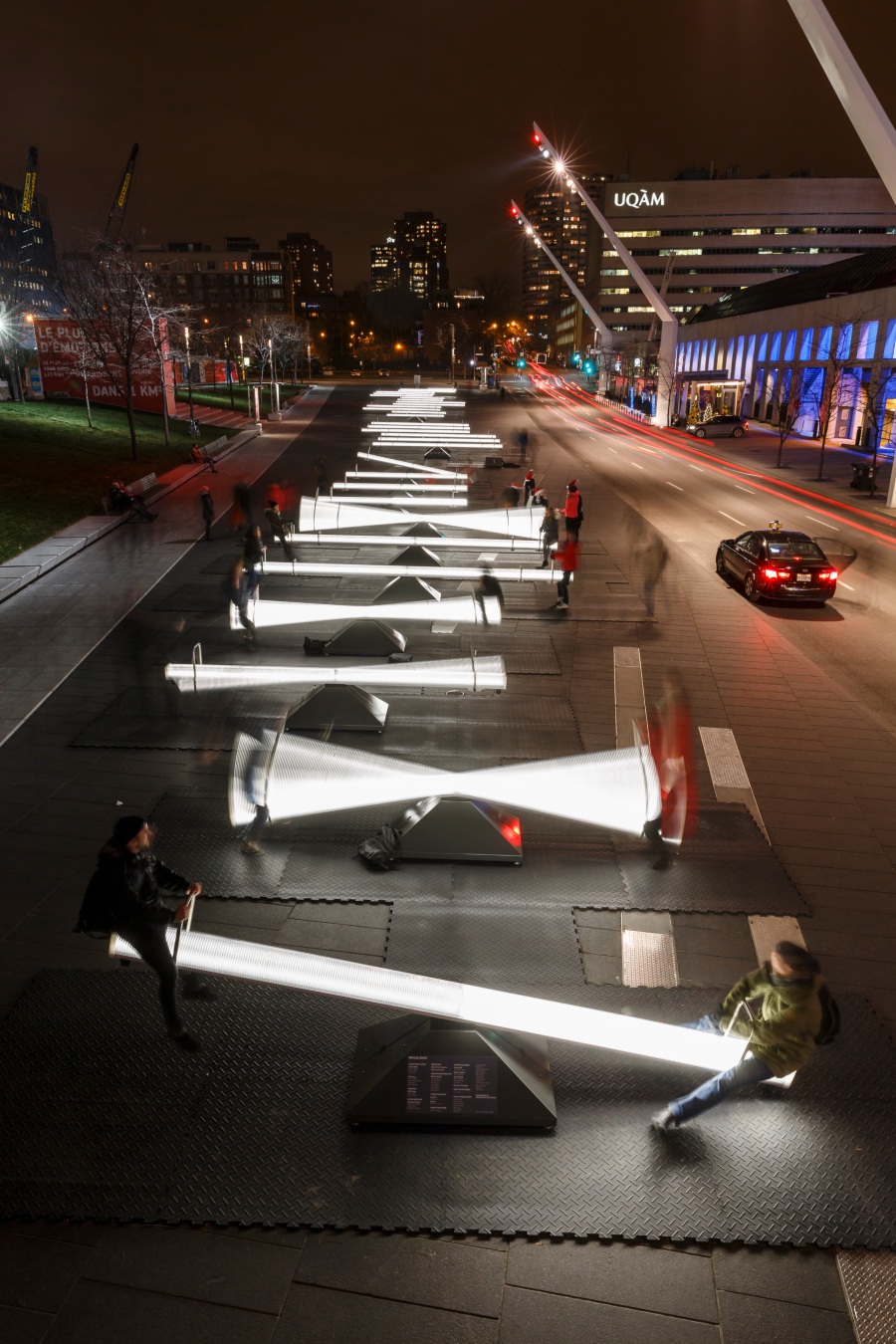 Banners for the People
Cherry Street Pier, October 13th-28th
Banners celebrating and honoring various Philadelphia neighborhoods will hang from rafters inside the pier.

Video Installations
Cherry Street Pier, October 13th-28th
Videos include Michael Auder’s “The Course of Empire;” Andrew Bowers’s “#sweetjane;” Hiwa K.’s “Do You Remember What You Are Burning?”; Yoshua Okón’s “Oracle;” Jennifer Levonian’s “Xylophone;” Maider López’s “Football Field;” and Tintin Wulia’s “Proposal for a film: Within the Leaves, a Sight of the Forest.” 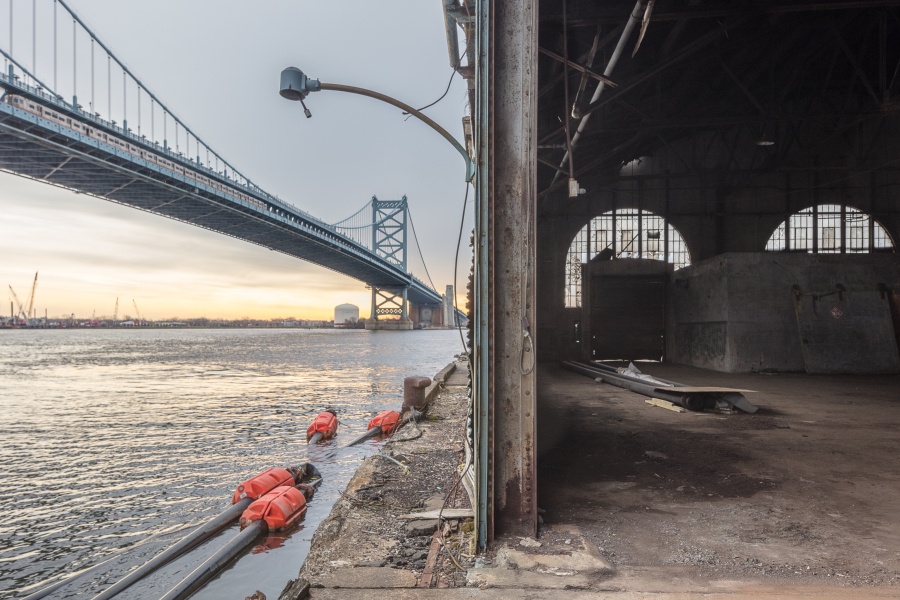 The People’s Analog Culture Weekend
Cherry Street Pier, October 13th-14th, 1-7 p.m.
During its first weekend, the festival will celebrate analog technology and printed material. You’ll see workshops led by PAFA’s Sedakial Gebremedhin and printmaking studio Second State Press, as well as artists books from Ulises (our 2018 Best-of-Philly bookstore winner), and records and DJ sets by Milkcrate Cafe and Brewerytown Beats. Plus, look out for vendors like El Sol Latino Newspaper and People’s Paper Co-op. And a highlight: Emory Douglas, minister of culture for the Black Panther Party, will speak with University of Delaware art and design associate professor Colette Gaiter at 5 p.m. on October 14th.

The People’s Digital Culture Weekend
Cherry Street Pier, October 27th-28th, 1-7 p.m.
Here’s where the festival really gets weird: The “Oddly Satisfying Film Festival” will cap the fête. It’s a two-day ASMR film festival featuring submissions by local teenagers — as well as performances by ASMR stars. Wondering what ASMR is? You’re not alone. It stands for Autonomous Sensory Meridian Response, and it’s basically the idea that some people can derive pleasure/relaxation (often accompanied by a “tingling sensation”) from tuning in to certain noises or stimuli. Yep, told you it was weird. And of course, there’s a whole internet culture built up around it. Anyway, moving on …

What You’ll Eat and Drink

The opening food vendors at Cherry Street Pier include:

Plus, Cherry Street Pier will feature a few drink specials. The Delaware River Waterfront Corporation will fill the bar with local breweries, cideries and distilleries. The cider will come from Fishtown’s Kurant, and draft wine will come from The Artisan’s Cellar. House cocktails — the Cherry St. Mule and the Pier 9 Punch — will feature local spirits.

Our favorite part? Yards will roll out a beer, appropriately called “For the People” and specially brewed for the Festival.