Here’s why the city’s latest pier park could be an urbanist game-changer. 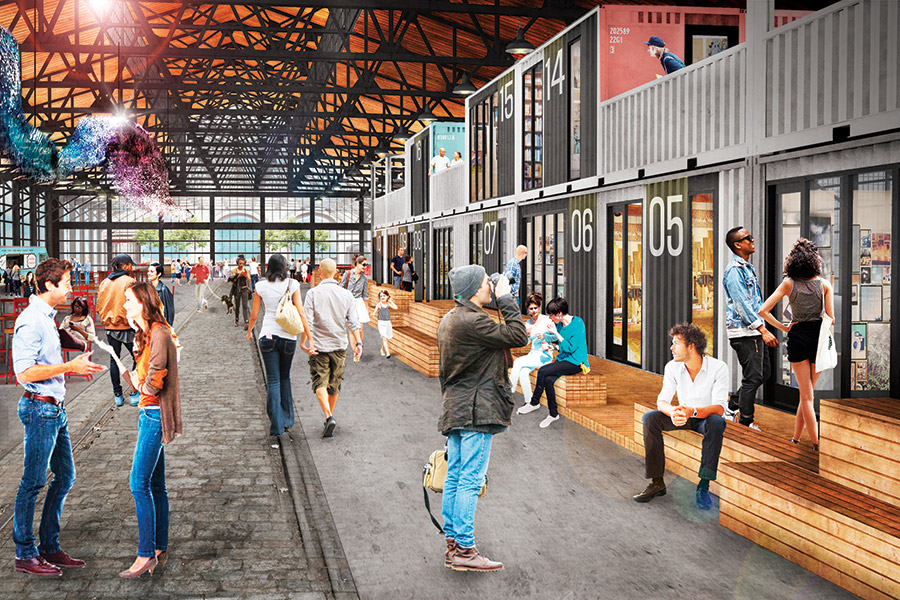 Of the collection of hip reclaimed municipal pier parks that the Delaware River Waterfront Corporation has amassed along our suddenly vibrant riverbank, Cherry Street Pier is shaping up to be the coolest. And it could quickly become a model for urban developers nationwide.

The 99-year-old former municipal shipping pier sat mostly desolate for decades. But this month, visitors can enter a hybrid space that may be unlike any other across the country, one that prioritizes connection and inclusivity.

A stroll down the revamped pier will give visitors access to an outdoor garden, market spaces filled with Philly-made crafts and goods, exhibition areas with local art, and converted trolley cars where new Philly food talent will serve up grub. The biggest draw will be 14 repurposed shipping containers comprising a creative hub for a cohort of artists in residence, including painters, poets and photographers. They’ll work in front of a curious public that will be encouraged to engage via installations and hands-on workshops.

The pier’s location (right next to Race Street Pier) and sheer size — along with a number of successful pop-ups and art installations — convinced DRWC president Joe Forkin that “a publicly accessible multi-use building anchored by the arts and Philadelphia’s creative community” was its best reuse. The DRWC, the city, and the William Penn and Knight foundations have pumped $5 million into the project.

Oh yeah, you’ll be able to grab a drink at the pier, but don’t typecast it as a beer garden. The project represents the first large, publicly accessible space in Philly that puts the creative community as its cornerstone. As such, the pier opens on October 12th, and a giant three-weekend arts gala — Festival for the People — kicks off the very next day.

Published as “Philly’s Best New Thing” in the October 2018 issue of Philadelphia magazine.