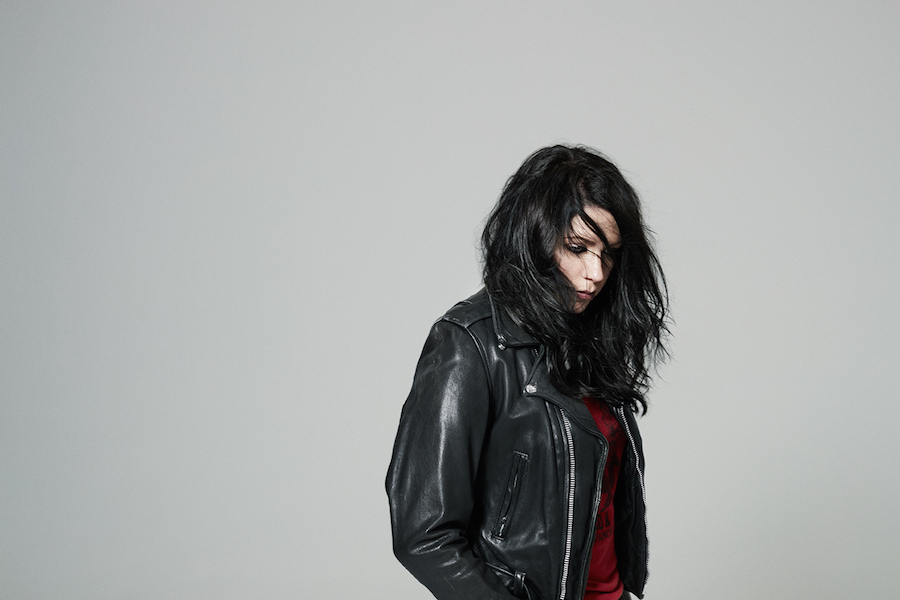 Tip of My Tongue @ Lightbox Film Center
Experimental documentary filmmaker Lynne Sachs celebrates her 50th birthday by gathering other people of the same age from very different backgrounds to talk about how events from the past half-century have affected their lives. Sachs will participate in a discussion following the film.

Pussy Claps Back @ Johnny Brenda’s
This benefit for Camp Sojourner celebrates “Philly Femmes in the Arts” with performances by Tsehaitu and Orion Sun.

The Bearded Ladies’ Get Pegged Cabaret @ FringeArts
NYC performer Becca Blackwell stars in a cabaret performance about a “six-foot autonomous vagina” named Snatch Adams. Amanda Duarte will play the role of Tainty McCracken. You want to see a photo, don’t you? It’s cool, I got you.

Wild Combination: A Portrait of Arthur Russell @ the Rotunda
A screening of Matt Wolff’s 2008 documentary about avant-garde composer/musician Arthur Russell, who some called demented and others compared to the Beatles. Includes interviews with Allen Ginsberg, Philip Glass, Jens Lekman and more. Presented by Philly avant garde specialists Bowerbird.

Small Mouth Sounds @ Suzanne Roberts Theatre
Rachel Chavkin directs this Philadelphia Theatre Company production of a play by Bess Wohl about six people who escape from their busy city lives by putting their phones away and going on a weeklong silent retreat. Reviewer David Fox had this to say: “There is indeed some dialogue in Small Mouth Sounds, but many of the longest and most intimate scenes are silent. Quiet is this play’s most striking feature, and to the credit of director Rachel Chavkin and her able cast, many touching moments are realized without a word. But these momentary pleasures aren’t enough. I sense that playwright Wohl wants to satirize self-help cults, while also asking the audience to care about her characters and hope they find what they’re looking for. That would be a tall order even for a play with more dialogue — here, in what feels like a clever idea that’s worn thin long before the final image, it doesn’t cohere.” Read the whole review here. Through April 1.

A Steady Rain @ Walnut Street Theatre
Theater critic David Fox had this to say: “Two actors, two chairs, and some harrowing stories. The ingredients are spare, but so is a lot of powerful theater. The long, narrow tennis court-style staging in Fran Prisco’s production promises visceral thrills, as the audience is only a few feet from the playing space. And indeed, Keith Huff’s episodic A Steady Rain has some moments that spring to life. More often, though, the audience is watching from the sidelines, and the action feels out of reach.” Read the whole review here. Runs through March 25.

The Women’s Film Festival @ several locations
Once again the WFF has assembled a daring lineup of movies made by, for and/or about women. In total, 75 short films, documentaries and features will be shown.
Most of the screenings take place at the Urban Annex on Drexel’s campus, but the festival kicks off at the Kimmel Center on Friday with a screening of And Then There Was Eve. See my whole WFF preview here. Runs March 16-24. Let’s watch another trailer. Here’s America, I Too, playing Saturday.

Lydie Breeze Trilogy Part II: Aipotu @ Christ Church Neighborhood House
EgoPo continues its performance of the trilogy written by John Guare and directed by Lane Savadove, with music by Jay Ansill and Cynthia Hopkins. In part two, “Lydie, Joshua, Dan, and Amos settle on Nantucket to create a Utopian commune to heal the scars of war.” Stars Melanie Julian as Lydie. Reviewer David Fox had this to say: “Audiences who struggled with the fascinating but sprawling and not always comprehensible Cold Harbor — as well as those who missed the first part — will want to know that Aipotu makes sense on its own. The early history provided by the first play makes some of this one more poignant, but’s not necessary to understand it. Also, Aipotu is more linear, concise, direct— and to my mind, better. I’m still trying to reconcile the polarities of Guare’s play. On the one hand, it’s a poetic elegy about idealism after a devastating war; and on the other, a melodrama full of twists and turns. But his flavorful dialogue gives the historical setting an appealingly contemporary, mordent snap, and much of the writing and imagery are beautiful.” Read the whole review here. Through March 18.

Nightmares On Wax @ Underground Arts
British hip-hop/dub/soul electronic artist Nightmares On Wax doesn’t just wanna make you dance, he wants to make you give up plastic drinking straws. I’m on board. They’re bad for the environment and nobody ever recycles them. Let’s just drink directly from cups, people. NoW dropped Shape the Future in January and is touring with a full band.

Nils Frahm @ Union Transfer
The German ambient/electronic musician released All Melody in January. This is his first Philly show in years.

Israeli Film Festival of Philadelphia @ various locations
This week’s screenings include Muhi at Gratz college on Saturday, plus Itzhak and A Quiet Heart at the Kimmel on Sunday. The festival continues through March 25.

Lokier @ the Barbary
The good people at Making Time present a performance by the Berlin electronic musician.

Blake Shelton @ Wells Fargo Center
A concert by Gwen Stefani’s boyfriend who doesn’t deserve her. He’s also a country musician and I get him confused with Blake Lively. The end.

The Retinas @ Ortlieb’s
The Philly garage punks celebrate the release of their new EP, Andy. (That’s what it’s called. I know your name isn’t Andy.) Give ’em a listen:

Leprechaun in Space @ South Street Cinema
Warwick Davis stars in the fourth installment of the celebrated Leprechaun film series. Tagline of the week: “One small step for man. One giant leap of terror!”

K.Flay @ Union Transfer
The Illinois hip-hop artist has a sweet spot between gritty and spooky, often coming up with something catchy, wordy and idiosyncratic. If Coco Rosie read books all day and made rock-rap all night, it might sound like K.Flay.

Riot Nerd Flea Market @ Warehouse on Watts
Local vendors will be selling board games, records, cassettes and other things. Cornhole and foodtrucks, too.

Weedeater @ Kung Fu Necktie
The heavy and hellacious stoner metal band from North Carolina will play their 2007 album God Luck and Good Speed cover to cover. The show might go down a little something like this…

Hip-Hop Action Cinema! Vol.1 @ South Street Cinema
This new monthly series is dedicated to “hip-hop music, kung fu movies, and old skool action cinema.” A kung fu movie will be shown at every installment, as will an episode of the 2003 television show Kung Faux in which Biz Markie and Mr. Len overdub old martial arts movies.

David Bowie for Kids @ Ardmore Music Hall
The Rock & Roll Playhouse puts on classic rock shows for little kids and gives them plenty of room to dance. Disclaimer of the day: “All attendees over the age of one need a ticket to enter.”

Shabazz Palaces @ Boot & Saddle
The spacey Seattle hip-hop duo just played Union Transfer in September, but here’s a chance to get up close and personal.