The Slate journalists will speak at Kelly Writers House. 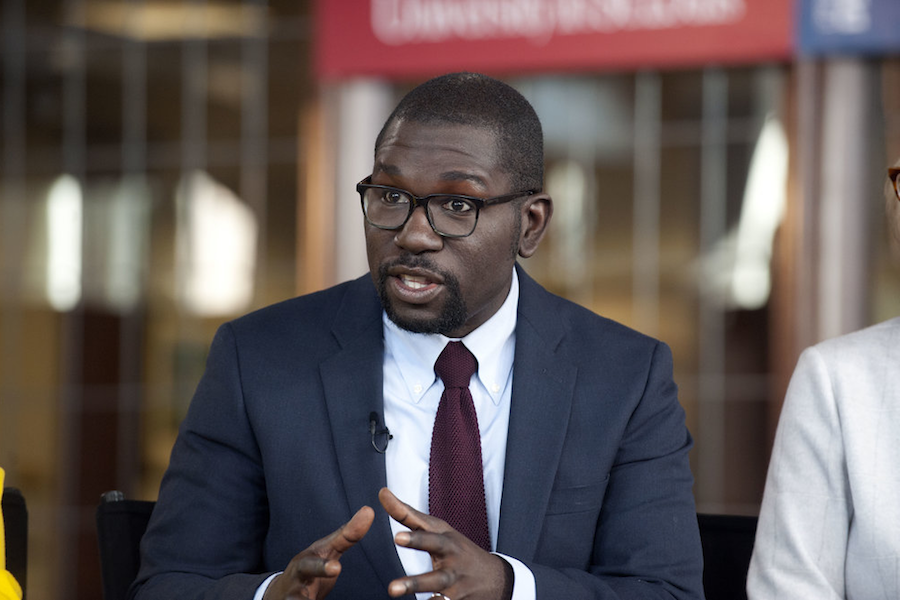 Looking back, there were some omens Donald Trump would win the election. The angry crowds. The fake news all over social media. The general feeling that, after eight years with an adult in charge, anti-intellectual America was ready to let a child lead us again.

Another sign, perhaps, was the reporting of journalist Jamelle Bouie. Bouie, who covers politics for Slate and CBS News, wasn’t exactly the Cassandra of the 2016 election — he was about as wrong as the rest of ’em. See Donald Trump Isn’t Going to Be President, Slate, May 4, 2016. But even that article made it clear, that if women went for Trump then the headline was null and void. There were also several pieces about Trump blowing old racist dogwhistles to renewed effect, though it sometimes seemed to be a Republican problem, not an everybody problem. And every so often, Bouie would appear on Slate’s Trumpcast to add a dash of sobriety to what was otherwise a podcast dedicated to not taking the future president’s chances seriously.

Since, the election Bouie has continued to cover Trump and politics, as well as other social issues. His Twitter feed is essential reading. He’s an excellent photographer, too.

On Wednesday, Bouie — along with fellow Slate scribe/host of Culture Gabfest Stephen Metcalf — will appear in conversation with Kelly Writers House’s Al Filreis. I’m betting Trump will come up.