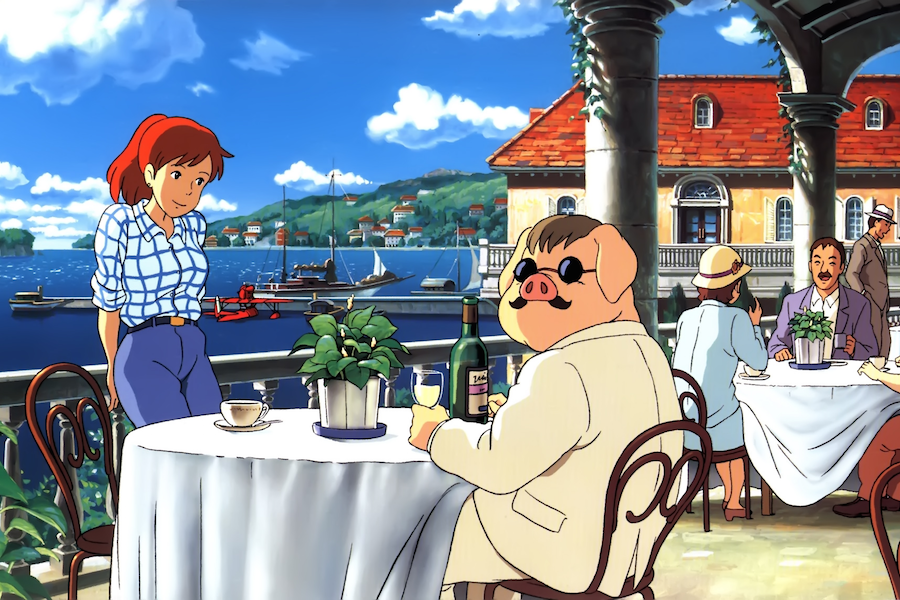 Hayao Miyazaki’s Porco Rosso plays at the Ritz at the Bourse on Friday at midnight. (Studio Ghibli)

Hank Denson @ Helium | Wednesday, January 24
The Atlanta-based comic has roles in Barbershop 3 and All Eyes on Me. Watch this.

Henry Rollins: Travel Slideshow @ Trocadero | Friday, January 26
The punk singer-turned-raconteur shows photos from his world travels and tells the stories behind them. Yes, he’s been to Antarctica. The Thursday show is sold out, so they added one on Friday.

Black Atlas @ Cantor Fitzgerald Gallery, Haverford College | January 26-March 9
Research-based artist Jacqueline Hoàng Nguyễn created this exhibition of photos and documents “reflecting upon the administration of racialized labor for transporting artifacts from across the world to the collections of European museums.” A reception and artist talk will take place Friday, February 2.

Porco Rosso @ Ritz at the Bourse | Friday, January 26
A Midnight Madness screening of Studio Ghibli/Hayao Miyazaki’s 1992 animated favorite about a pilot with a pig head.

Philadelphia Auto Show @ Pennsylvania Convention Center | January 27-February 4
Look at cars past present and future. Several famous vehicles will be in attendance including K.I.T.T., the A-Team van, the Mystery Machine, Mater from Cars and two different Vin Diesel rides. Why is he called Mater? What happens in these Cars movies?