Rufus Wainwright Gets “Human” With Philly Pops at the Kimmel Center

The beloved singer-songwriter put on an intimate performance on Friday. 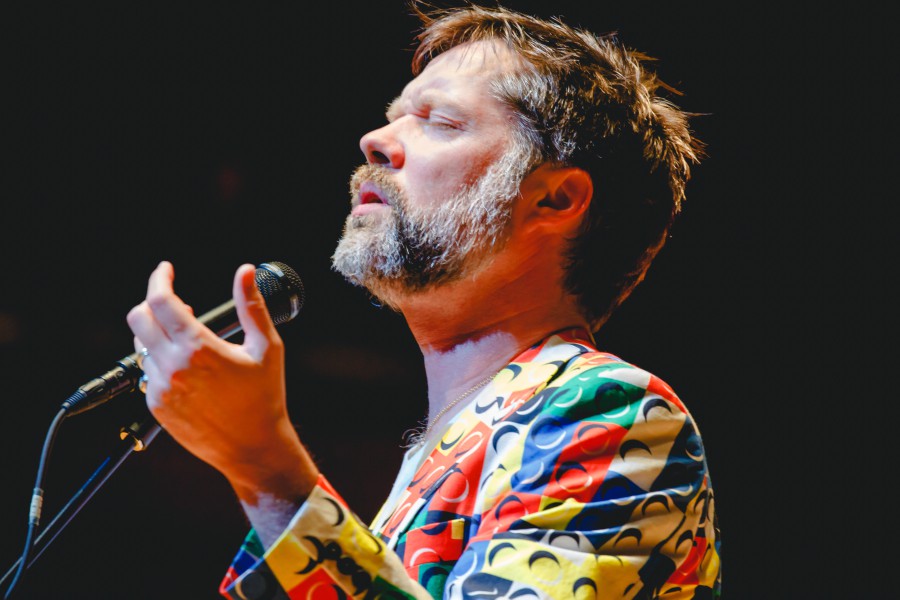 The internationally-acclaimed musician stepped onto stage a mosaic of red, yellow, green and blue, in a JC de Castelbajac custom-made suit. Standing before a 65-piece, black-tie-clad orchestra in a cavernous mahogany chamber, he was radiant.

Wainwright, one of the most recognized vocalists, composers and songwriters of his generation, has said there’s “no better instrument than an orchestra to help illustrate” his music. At the Kimmel Center’s Verizon Hall, a captivated audience bore witness to that. Philly Pops, under the direction of composer Michael Krajewski, rendered Wainwright’s dreamy baroque pop ballads and enchanting piano riffs all the more cinematic.

It’s been 20 years since Wainwright released his debut album, “Rufus Wainwright.” He addressed but did not linger on the anniversary, choosing instead to speak of his mother (Canadian folk singer-songwriter Kate McGarrigle, who passed away eight years to the day prior to the show), politics (“It’s so important to vote in the midterms”) and his admiration for Philadelphia (“It feels nice to be in a real place, after living in New York and L.A. for so long”). In a particularly tender (and impromptu) resolution, Wainwright sung a stirring ode to his mother, his voice ringing through the venue with remarkable clarity. 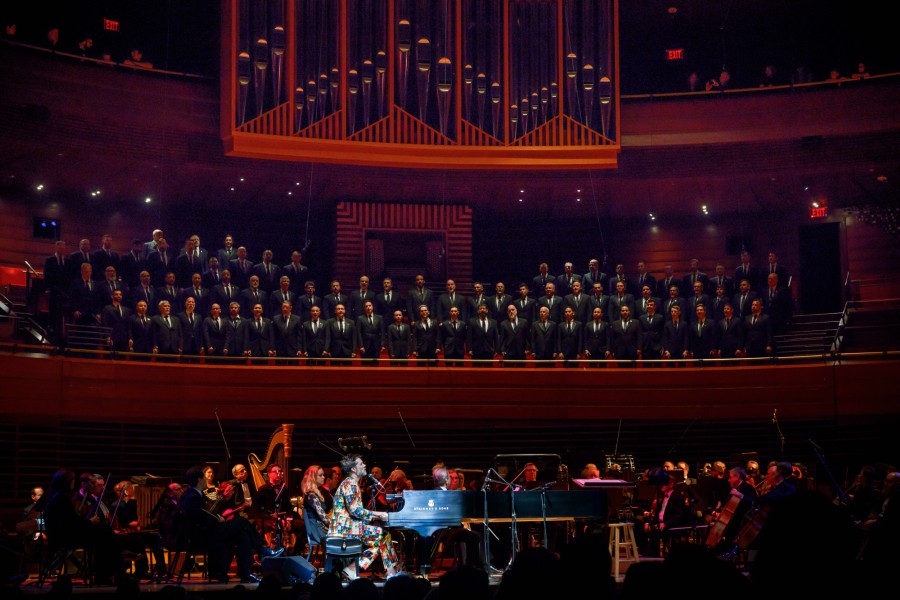 The first set of the show included a number of highlights, like “The Art Teacher” (Wainwright’s dripping vocals supported by strings and marimba), “This Love Affair,” “A Woman’s Face Reprise (Sonnet 20),” and “Who Are You New York.”

But the audience grew truly enrapt during the concert’s second half, with a poignant cover of Judy Garland’s “Over the Rainbow” as well as Wainwright’s “Going to a Town” and its timely lyrics: “I’m so tired of America.” The latter performance served as testament to Krajewski’s baton and the power of the orchestra and earned Wainwright his first standing ovation of the evening.

The second came after his famous “Cigarettes and Chocolate Milk,” halfway through which he “got totally lost” and asked Philly Pops to restart. After a little fumbling, both Wainwright and the orchestra found their footing and executed a flawless end, which, if inadvertently, only further seduced the audience. Wainwright apologized for the stumble: “I’m human,” he said. Of course, his fans already know and love that. Wainwright, who came out at an early age during the height of the HIV/AIDS epidemic, has navigated complicated relationships with his mother and father (folk singer Loudon Wainwright III) and battled serious drug addiction. His devotees worship him because he’s human, and the concert, followed by a reception at the William Way LBGT Community Center, felt like a testimony to perseverance rather than perfection.

The sensitivity, intimacy and emotion that trailed “Cigarettes and Chocolate Milk” provided the perfect buildup for the final and most memorable song of the night, Wainwright’s rendition of Leonard Cohen’s “Hallelujah,” supported by the haunting tenor and baritone echoes of the Philadelphia Gay Men’s Chorus.

“I want to end with feelings of beauty and goodness,” he said before leading the orchestra into the heartrending piece. “Let’s do goodness.”