41 Things to Do This Weekend 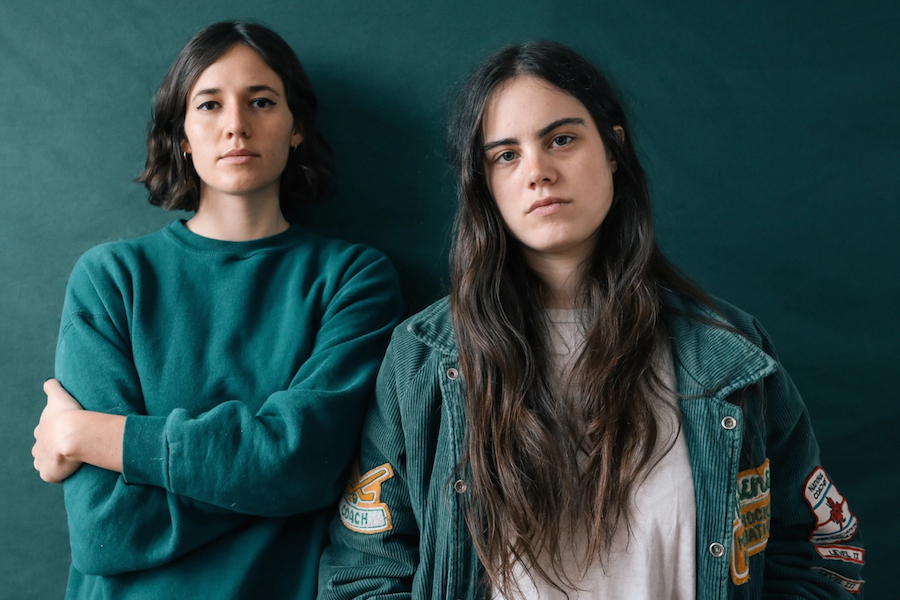 Bibliococktails: Mary Shelley’s Frankenstein @ The Rosenbach
Celebrate the 200th anniversary of the publication of Frankenstein with themed cocktails by Quaker City Mercantile. “Satan has his companions, fellow-devils, to admire and encourage him; but I am solitary and detested.”

Purling Hiss @ Kung Fu Necktie
One of Philly’s finest. Indie punks Purling Hiss dropped the Breeze EP in December and it’s a charmer. Listen up. Bet ya like it:

Ava Rocha @ Trocadero
This Brazilian pop star’s music is a whirlwind, with tropicalia, rock, jazz and dance elements all vying to grab your attention.

Cracker & Camper Van Beethoven @ TLA
Every year around this time, David Lowery loads up the tour bus with his pals from his two most famous bands — the uncomfortably “alt-rock” Cracker and the ska-punk-kitchen-sink ensemble Camper Van Beethoven. I’ve always appreciated the menace in this song.

The People @ Bourbon & Branch
The Philly folk/rock band celebrates the release of its new EP. They’re kinda twangy and kinda jammy. Easy on the ears.

Weakened Friends @ Boot & Saddle | Friday, January 12
I like what I’ve heard from this bratty little indie-pop band from Portland, Maine. They teamed up with J. Mascis recently, and it’s a good match.

Low Steppa @ Coda
Bass house from Britain. If you’re into that scene, you already know about this DJ/producer, apparently.

Wildhoney / Hurry @ Everybody Hits
A good solid rock show at the Cages. Wildhoney’s a jangly shoegaze band from Baltimore. Hurry’s a high-energy indie-pop band from Philly with a new record due next month.

You Can’t Take It With You @ Allens Lane Theatre
Noel Hanley directs this comedy about a girl bringing her new boyfriend home to meet her stuffy parents. Hijinks ensue. Through January 28.

Baskerville: A Sherlock Holmes Mystery @ Walnut Street Theatre
Theater critic David Fox had this to say: “Whether it’s actors or the designers who dominate Baskerville, what is impossible to ignore is the thinness of Ludwig’s script. Jokes abound — some funny, others not so much — but at the cost of character development, narrative coherence, and even any sense of scariness or suspense.” Read the entire review here. Through February 4.

The Room @ Ritz at the Bourse
A Midnight Madness screening of the film that inspired The Disaster Artist.

Peter Pan @ Arden Theatre
Whit MacLaughlin directs the classic family-friendly adventure story. Theater critic David Fox had this to say: “The emphasis, as it should be, is on the beguiling nature of the story. There is little here to scare anyone—not even Captain Hook, who, as embodied by the commanding, witty, fabulously androgynous Catharine K. Slusar, will likely charm rather than frighten even the youngest audience members. The day I saw it, a near-capacity crowd oohed and aahed in all the right places, and chuckled with delight over some dazzlingly inventive staging.” Read the entire review here. Runs through January 28.

Michael Yo @ Punchline
Standup comedy by the actor/comic/TV personality. Yo was the host of The Insider on CBS.

I Am Not Your Negro @ Uncle Bobbie’s Coffee & Books
This week’s Friday Night Film of Raoul Peck’s 2016 documentary about racism in America, narrated by Samuel L. Jackson and based on an unfinished manuscript by James Baldwin. Followed by a discussion with Princeton Professor Eddie Glaude and Akiba Solomon of Colorlines.

Todd Glass @ Helium
Todd Glass is a rambler. Not in the cowboy sense or the old car sense. The L.A.-based, born and raised in the Philly area, is a freight-train of words. Once he gets going, he’s kind of unstoppable, sometimes interrupting his own thoughts with other thoughts that occur to him mid-sentence. It makes for some of the funniest, most unexpected standup acts. Through Sunday, January 14.

No Maps on My Taps / About Tap @ Lightbox Film Center
A screening of George T. Nierenberg’s documentaries on tap, from 1979 and 1985. Between the two films you’ll see a several notable names from the world of dance, including Bunny Briggs, Chuck Green, Harold “Sandman” Sims, Steve Condos, Jimmy Slyde and Gregory Hines.

The Killers @ Wells Fargo Center
Brandon Flowers and co. just released a new record called Wonderful, Wonderful and the above video to go with it. If you like it, I recommend you check out this episode of Song Exploder, which details how the song came to be.

Steven Wright @ Keswick
The veteran comic is known for his absurd, dark one-liners sometimes called paraprosdokians. Quoth Wikipedia: “A paraprosdokian is a figure of speech in which the latter part of a sentence, phrase, or larger discourse is surprising or unexpected in a way that causes the reader or listener to reframe or reinterpret the first part. It is frequently used for humorous or dramatic effect, sometimes producing an anticlimax.” Example: “The last thing I want to do is hurt you; but it’s still on the list.”

The Dove & The Wolf @ Johnny Brenda’s
This French-born Philly band makes lucidly dreamy indie-pop with strong vocals and gentle guitars. They released the 7-song I Don’t Know What to Feel last year.

La Grande Bouffe @ Lightbox Film Center
Marco Ferreri’s 1973 romp concerns four friends who hole up in a country mansion “where they determine to eat themselves to death whilst engaging in group sex with prostitutes and a local school teacher.”

Dorothy @ TLA
This blues-tinged rock band puts explosive singer Dorothy Martin front and center and for a sound built on swing and swagger. You’ve surely heard “After Midnight” and “Wicked Ones.”

The Messthetics @ PhilaMOCA
I don’t know much about this D.C. band, except it’s got jazz/experimental/post-modern guitarist Anthony Pirog playing with Fugazi’s Brendan Canty and Joe Lally.

When Marnie Was There @ Lightbox Film Center
Produced by Japan’s celebrated Studio Ghibli, Hiromasa Yonebayashi’s 2014 animated feature tells the story of a foster kid who becomes friends with a mysterious girl in an abandoned mansion. Family-friendly.

Def Leppard Drummer Rick Allen @ Wentworth Gallery, King of Prussia
The drummer who played on “Armageddon It,” “Rocket,” “Pour Some Sugar on Me” and all of the band’s hits will show off his art and do a meet-and-greet with fans.

Passion Pit @ The Fillmore
The Massachusetts band is known for songs like “Cry Like a Ghost,” “Carried Away” and “Take a Walk.”