Movies, music, comedy, and more as you prepare to usher 2017 out the door. 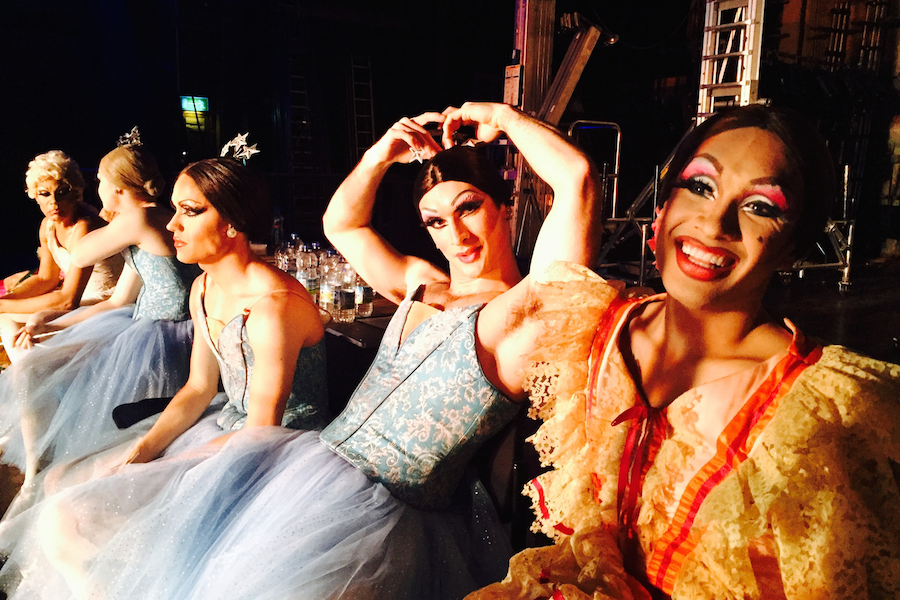 David Wax Museum @ The Queen
They call their sound “Mexo-Americana,” a mix of rootsy folk music with origins on both sides of the border. Their latest record is a collection of b-sides and rarities released in September called Electric Artifacts.

Derek Gaines @ Punchline
The Philly-area comedian is a regular on the new Tracy Morgan show, The Last O.G.

The End of America @ Johnny Brenda’s
This Philly band rattles the rafters with inspired and dramatic folk-rock. Listen to their self-titled debut here.

Ronny Chieng @ Punchline
The Malaysia-born comic is a correspondent on The Daily Show with Trevor Noah. Friday & Saturday, December 29 & 30.

John Davis & the Cicadas @ The Pharmacy
John Davis and his old band — Folk Implosion, with Lou Barlow — found themselves on the pop charts back in 1995, having scored an unexpected hit with “Natural One” from the Kids soundtrack. Hits aren’t really Davis’ thing. He’s better known for keeping his feet deep in the indie world, making lo-fi and and idiosyncratic music practically defined by its lacked of commercial ambitions.

Lefty’s Deceiver @ Boot & Saddle
My pals in this Philly four-piece haven’t played a show in years — not since singer Andy Williams moved out West for work. But now they’re back, at least for this show, with a new record they’ve had in the can for years. Lefty’s Deceiver’s known for their blazing guitars and intricate arrangements, but their best trick is the build-up. This band knows how to wind a song up and let it fly. Here’s an old favorite:

Flosstradamus @ Union Transfer
Back when Flosstradamus — formerly a duo, now just DJ Curt Cameruci — started in 2007, “floss” was slang for showing off, and maybe people still use it that way, but it just makes me think about cleaning my teeth as soon as I’m done writing this blurb.

The Genesis Show @ Keswick Theatre
This Genesis tribute act (with two drummers!) is dedicated to the Phil Collins era. Right now they’re touring with a set list built on 1977’s Wind & Wuthering (“Your Own Special Way,” “Eleventh Earl Of Mar,” “Lamb Lies Down On Broadway,” etc.).

Ben Vaughn Quintet @ Boot & Saddle
The veteran singer-songwriter has been a fixture in the Philly music scene for a long time (and once recorded an album in his car). He also hosts a radio show on WXPN called The Many Moods of Ben Vaughn.

The Great Enough @ Underground Arts
This pop-punk band from Philly is built on resilient melodies and a general feeling that things don’t suck so band.

Murphy’s Law / Bad Luck 13 @ Kung Fu Necktie
These hard-partying punk bands like to tear it up. And just seeing their names together on the same bill, I mean, I’ve got a bad feeling about this.

Tomorrow: All the New Year’s Eve stuff that isn’t sold out.