33 Things to Do This Weekend 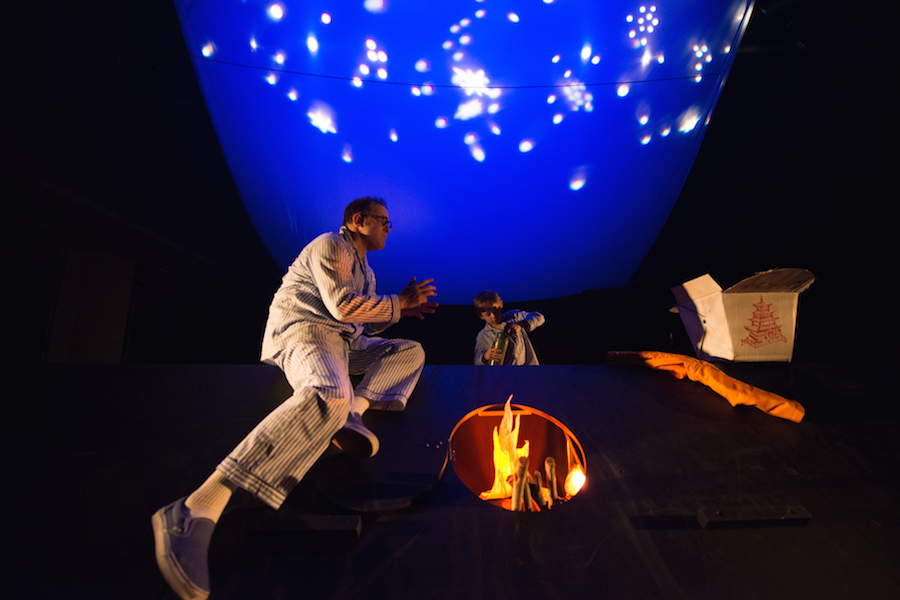 Philadanco @ Kimmel Center
The modern contemporary dance company presents H-I-S-T-O-R-Y, a program which includes the world premiere of “Pieces of My Heart,” choreographed by Sonia Dawkins and based on the poems by August Wilson. Runs Friday through Sunday.

Municipal Waste @ Trocadero
Thanks to looking these guys up on Wikipedia, I’m now aware of the “crossover thrash” subgenre. It’s a mix of thrash metal and hardcore punk. Seems like we could have called it thrunk. Virginia band Municipal Waste has been flying the flag for the thrunk scene since 2001.

Owel @ Voltage Lounge
The dreamy emo/indie band from Jersey released Live from Audio Pilot Studios a few days ago. Kind of a throwback to the alt-rock era.

Something Like a Monument @ Boot & Saddle
S.L.A.M. celebrates the release of their new Silhouettes EP with a hometown show. They’re kinda doomy and sort of garagey. Comparisons to Mars Volta are astute.

Snails @ The Fillmore
This Baltimore rock band (and Future Islands side project) oozes with ska and reggae overtones. More importantly, they all have names like Sandy Snailbelow, Snailliam, Sammy Snail, etc., and they wear big goofy snail-ish hats with eyes on stalks. Also, they leave a trail of slime everywhere maybe.

Jean-Pierre Melville Centennial @ Lightbox Film Center
Lightbox wraps up its tribute to celebrated French filmmaker Jean-Pierre Melville (1917-1973). Anthony Lane of The New Yorker wrote this of Melville, earlier in the year: “He compensated for the modest tally of his films by insuring that pretty much every one is a gem. String them together, and you end up with a necklace to die for.” The lineup includes Army of Shadows on Friday and Le Circle Rouge and Un Flic on Saturday.

Shawn Wayans @ Punchline
The actor/comedian has had a long career in show biz, from In Living Color to White Chicks to the Scary Movie movies. Friday & Saturday, December 15 & 16. Here, have a cringe:

The Color Purple @ Forrest Theater
Broadway Philadelphia presents the beloved drama based on the novel by Alice Walker. Runs through Sunday.

Orny Adams @ Helium
Kids today know Orny Adams from his recurring role on the Teen Wolf TV series, but oldheads will remember the 2002 documentary Comedian that chronicled his early days in the biz. Through Saturday.

George Balanchine’s The Nutcracker @ Academy of Music
PA Ballet presents the holiday classic about fairies, mice and such. Through December 31.

Hoots & Hellmouth @ Union Transfer
The Philly roots/folk band always puts on a good show. Get there on time for Johnny Showcase.

Love & Saucers @ PhilaMOCA
Brad Abrahams’ documentary tells the story of 72-year-old Hoboken artist David Huggins who claims to have been abducted (and seduced) by aliens throughout his life. Huggins will be in attendance and his paintings — many of which feature the extra-terrestrial beings he’s encountered — will also be on display.

Dai Burger @ Johnny Brenda’s
This Queens rapper has a bio on the JB’s site that’s either a sign our civilization isn’t worth saving or piece of short satire co-written by George Saunders and Bret Easton Ellis. Here, I’ll give you the highlights:

Chynna @ Fillmore Philly
A hometown show for the Philly-born rapper/model currently living in Brooklyn. Billboard did a piece on Chynna kicking addiction and hanging out with A$AP Mob.

Matisyahu @ TLA
Did you know singer/rapper/beatboxer Matisyahu was born in West Chester, PA? Learn something knew every day. His most recent record, Undercurrent, came out in May.

Damien Escobar @ Keswick Theatre
The NYC violin wiz is known for his high energy shows that blend pop, jazz, classical and everything else.

Cinemaps @ PhilaMOCA
Authors Andrew DeGraff and A.D. Jameson show off their new book, Cinemaps: An Atlas of 35 Great Movies, which features essays and hand-painted maps that obsessively detail the locations in movies like Back to the Future, King Kong, Raiders of the Lost Ark and The Shining. They are dazzling. Doogie Horner hosts.

Josh Gondelman @ Helium
The NYC comedian is a writer on Last Week Tonight with John Oliver and has appeared on Conan and Night Train With Wyatt Cenac.