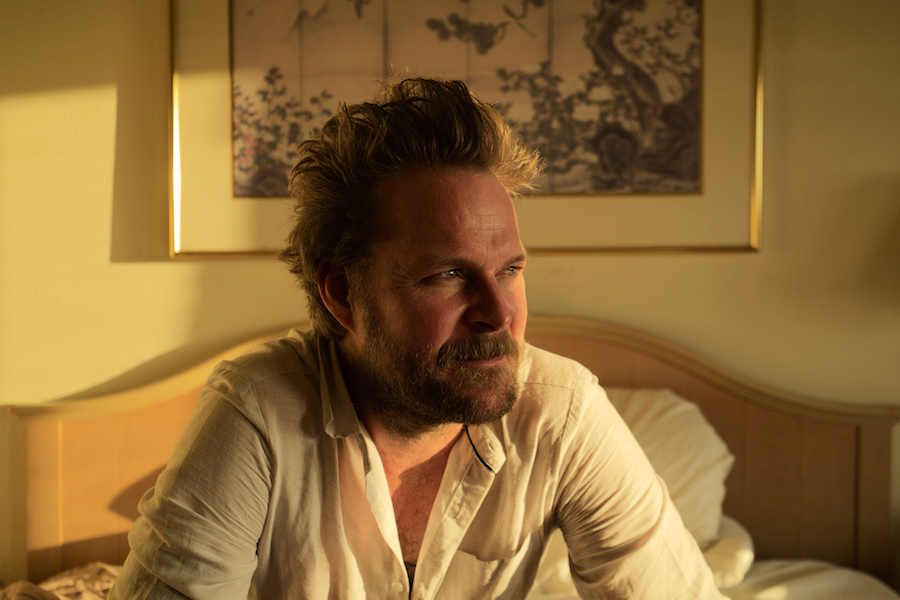 Philadelphia Assembled @ Perelman Building
An art project centering on the themes of “radical community building and active resistance.” This Saturday, December 9, Black Quantum Futurism and the Reentry Think Tank lead a tour of the exhibition, followed by a forum on “intransigent issues like reentry after imprisonment and gentrification.” Through December 10.

Star Wars Costumed Dance Party @ The Barbary
Unrelated to the event above, but surely there’s some crossover appeal. This “Rebel Princess” party pays tribute to Carrie Fisher and David Bowie with multiple rooms and music by Mega Ran. R2D2 (or some facsimile thereof) will be in attendance for photos.

Earthquake @ Punchline
This D.C. comic is the funniest guy in history to accidentally drop a nuclear weapon. Through Saturday.

The Brownings @ FringeArts
Harriet Power directs this play about Robert and Elizabeth Barrett Browning. Reviewer David Fox bemoaned the play’s “comic schtick” but had positive things to say as well: “Elizabeth here is the wonderfully idiosyncratic Charlotte Northeast, whose quirky edginess has rarely been given such free rein. She’s terrific, as are the other two actors—David Ingram as a droll, slightly nerdy Robert Browning, and James Ijames, twinkling slyly behind a piano, as Robert Schumann (yes, the composer). They, and the entire production, under Harriet Power’s sleek and steady directorial hand, really could not be bettered.” Read the whole review here. Runs through December 9.

The Roast of Your 15-Year-Old Self @ Good Good Comedy Theatre
Comedians talk about how awful they were when they were younger. Hosted by Alise Morales. Performers include Pete Steele, Kyle Harris, Shannon Fahey, Michael Kelly and Max Barth.

Vagabon @ First Unitarian Church
With her softly powerful voice and idiosyncratic lyrics, Vagabon is one of the most exciting indie rock acts to cross my path this year. Her debut full-length, Infinite Worlds (released in February), lures you in with sweetness and knocks you over with muscle. I know I already posted one of her videos this week, but:

The Art of Swimming @ Headhouse Café
The latest installment in Tiny Dynamite’s A Play, A Pie, and A Pint series is the premiere of this one-woman play by Lynda Radley about 1920s celebrity/athlete Mercedes Gleitze. Stars Lee Minora, with live music by Daniel Ison. Through December 17.

Hiss Golden Messenger @ World Cafe Live
I don’t know where this North Carolina folk/blues/rock band gets their name, but it brings to mind those gold records placed on the Voyager probe — a care package and primer from earth to whoever’s out there. Imagine some extra-solar heptapod putting the needle down on this groovy, psychedelic song and just blissing out. (For something more recent, click here.)

Excursions in Light @ PhilaMOCA
Dead Leaf Echo, The Morelings, The Silence Kit and Hidden Lights perform at this night dedicated to artists with a visual element to their music, like film, lights and projections.

Frankenstein’s Bloody Terror 3-D / Dracula vs. Frankenstein @ Lightbox Film Center
As you can probably tell, this screening of rarely seen drive-in movie classics is a collaboration with Exhumed Films, a beloved and reliable source of horror film events in the city. (Preceded by a screening of the final four films from Exhumed’s 24-Horror-thon.)

Mogwai @ TLA
Experimental and sometimes instrumental, Scottish rock veterans Mogwai have always moved to their own currents. Right now, they’re feeling dreamy and spooky, judging by this fun-as-hell single off Every Country’s Sun, released in September.

Ryan Tennis @ Milkboy Philly
With his acoustic guitar and smooth vocals, this Philly singer-songwriter specializes in upbeat party music — light reggae, funk and other jammy, crowd-pleasing stuff. The Key did a Key Sessions with him recently.

Peter Max Retrospective — The Collected Works 1960-2017 @ Wentworth Gallery
An exhibition of works by the pop artist known for his brightly colored Summer of Love artwork, including paintings of the Beatles, Sinatra and more. Peter Max himself will also be in attendance.

Desoto Jones @ Underground Arts
The defunct alt-rock band reunites to celebrate the 10th anniversary of their record Aurora and raise money for some friends in need.

Joy Again @ PhilaMOCA
I don’t know much about this Philly rock band, but I like this song.

Strand Of Oaks Winter Classic @ Boot & Saddle
The Philly folk-rockers are playing three nights in a row, Friday-Sunday. Last we checked, Sunday was the only one not sold out.