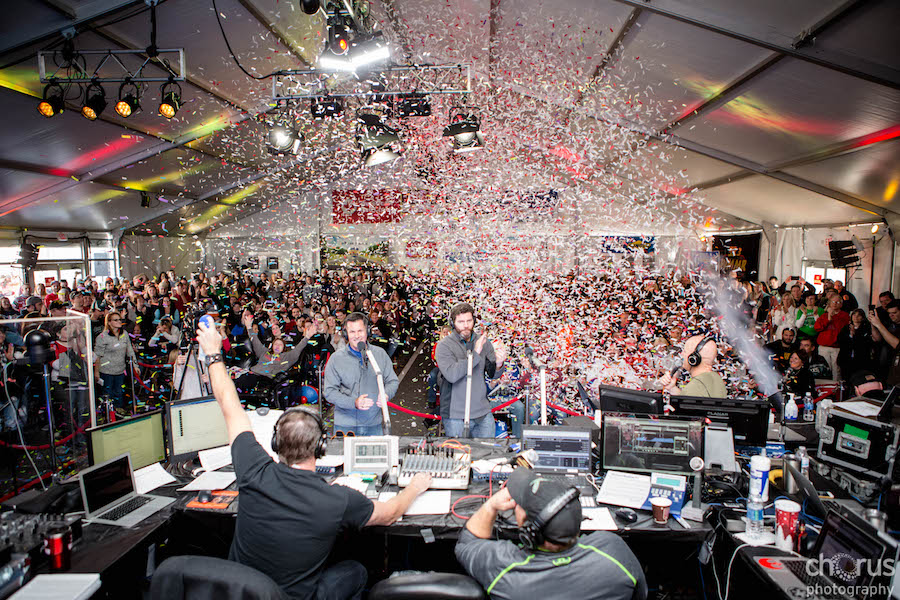 The cover story in the December issue of Philadelphia magazine is all about how to be philanthropic in the city (it’s the one with Sixers star Joel Embiid on the cover in a Santa hat), but the folks over at WMMR’s Preston & Steve Show already know how it’s done.

Last week, the radio show hosted its 20th annual Campout for Hunger, a giant food drive and fundraiser that amounts to the on-air personalities camping out for a week and having fans, celebrities, companies, and calendar girls drop by with donations, and the weekday show is broadcast remotely from the site.

When they started the Campout for Hunger in 1998, Preston & Steve collected a literal ton of food donations. This time around, they collected 1,679,823 pounds of food (figure on about one meal per pound), which, if my math is correct, amounts to more than 839 tons, exceeding last year’s bounty by 156 tons.

Local companies try to outdo each other in food donations, and the top corporate donors win live broadcasts and advertising. Subaru of America showed up with 471,375 pounds of food, followed by Campbell’s Soup (109,522 pounds) and Fred Beans (87,468 pounds).

Most listeners showed up with a grocery bag here and there, but some came with thousands of pounds in donations, with a guy named Adam Resnick claiming first place with 8,833 pounds of food donations.

“Banner fucking year!” co-host Preston Elliot tells Philly Mag. “We always hope but never expect to surpass totals from the previous year but had no idea how big the turnout would be. Let’s do it again next year!”