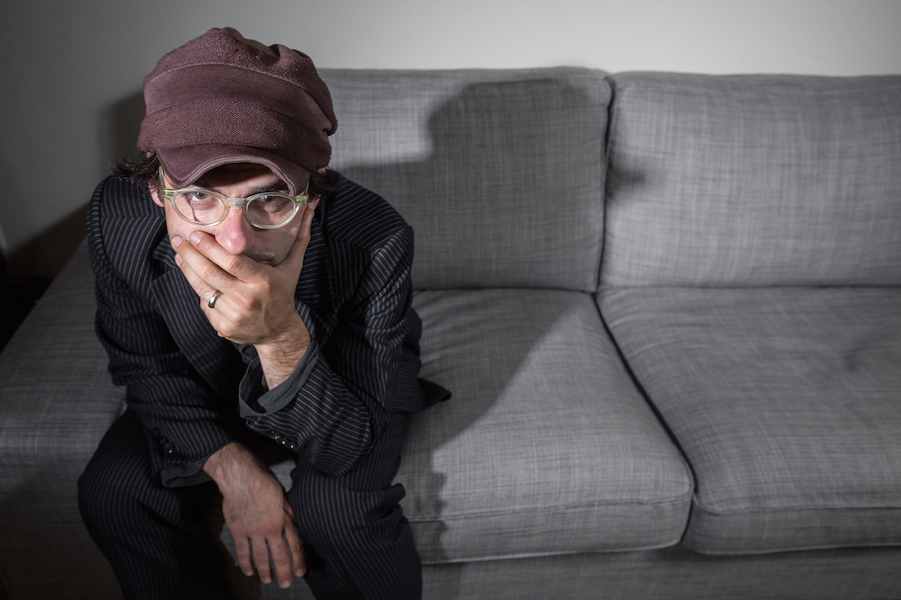 Andorra @ Kung Fu Necktie
This band of “sweaty, bearded, boozehounds” from Philly celebrates the release of a new record, What You Wanted, What You Got. It’s good-time music.

John Mulaney @ Academy of Music
The boyish comedian is known for his funny, excitable standup — 2012’s New in Town is one of my all-time favorite comedy albums — as well as his hit Broadway show with Nick Kroll, Oh, Hello. Friday & Saturday, December 1 & 2.

The Roast of Your 15-Year-Old Self @ Good Good Comedy
Comics Pete Steele, Kyle Harris, Shannon Fahey, Michael Kelly and Max Barth talk about the many ways they were terrible people when they were younger. Hosted by Alise Morales. Here’s what it’s kinda gonna be like.

Carbon Leaf @ World Cafe Live
This rootsy, alt-countryish rock band from Virginia has been doing it since 2002.

Philly Pops @ Kimmel Center
One of the city’s most esteemed cover bands plays a free concert for members of the armed forces, veterans, police and firefighters entitled “I’ll Be Home for Christmas: A Salute to the Military and First Responders.” Michael Krajewski conducts. RSVP ahead of time.

Beauty and the Beast @ Media Theatre
Disney’s Broadway musical about a lady who dates a monster. Runs through January 14.

The Craftsman @ St. Stephen’s Theater
Lantern Theater Company presents the world premiere of this “darkly ironic” play by Bruce Graham. “From the ashes of World War II, Dutch patriots discover that one of their own — a rich and reputable art dealer — has sold rare Vermeer paintings to the Nazis. Accused of treason and on trial for his life, he must decide whether to destroy his own reputation or to reveal bigger secrets behind these works that the Dutch consider national treasures.” Runs through December 10. Note: Lantern is hosting three discussion events related to The Craftsman: In Conversation with David Hall: Art on Trial (Dec. 2); In Conversation with Linda Eaton: What Makes Art Real and Why Fakes Prove So Alluring (Dec. 3); and In Conversation with Colette Loll: Are Fakes and Forgeries in Art a Problem or an Opportunity? (Dec. 9).

Sinbad @ Keswick Theatre
Standup by the veteran comedian and actor.

Clap Your Hands Say Yeah @ Johnny Brenda’s
Jangly, jittery Philly/Brooklyn band Clap Your Hands Say Yeah struck a nerve with their self-titled debut in 2005, but didn’t get as much love for their 2007 follow-up, Some Loud Thunder. But the album — like frontman Alec Ounsworth — persists, and several gems still stand out as some of the best work in the CYHSY catalog.

Jay Z @ Wells Fargo Center
Lots of big pop/hip-hop records these days appear out of nowhere and leave the fans buzzing for weeks, but Jay Z’s 4:44 was old school in that respect. It was foretold with billboards and subway ads, then the record came out in June, collected mostly positive reviews, launched a few thinkpieces about love and fidelity and seemed to disappear. (Or maybe it only feels that way because I don’t have Tidal.) But the record exists. Lots of us streamed it and liked it, surely.

Jack Frost Saves Christmas @ Media Theatre
Austy Hicks stars in this family-friendly play about a boy who’s sad because everything he touches turns things to ice. Saturdays at 11 a.m. and Sundays at noon. Through December 31

Beach Slang @ TLA
Back in February, this Philly indie band released a mixtape of covers of songs by The Jesus and Mary Chain, Tommy Keene (rest in rock) — and holy crap they did a Candyskins cover. This is very nicely done:

Jackie Evancho Holiday Show @ Keswick Theatre
The “classical crossover” vocalist came in second on America’s Got Talent at age 10 back in 2010. Here she does seasonal favorites with the Chamber Orchestra of Philadelphia.

Mihali @ Milkboy Philly
The NJ/Vermont artist is best known as the frontman for Twiddle.

Berhana @ Voltage Lounge
The thoughtful Atlanta emcee/R&B singer Berhana has a new video for “Grey Luh” and it’s a good one, but I keep coming back to “Janet.”

George Lopez @ Tower Theater
The scratchy-voiced longtime comedian drops seemed get a spark lit under him with the rise of Donald Trump, and it’s been fun to watch.

The Barr Brothers @ Underground Arts
Dreamy folk from Montreal. Here’s one from their most recent album, Queens of the Breakers.

Merry Chick-Mas @ PhilaMOCA
A celebration of Jack T. Chick, whose little fundamentalist Christian comic books have been terrifying the citizens of Earth for generations. Includes displays of comics and a multimedia presentation by Chick expert Kurt Kuersteiner, with whom I did a short interview yesterday.