39 Things to Do Over the Long Weekend 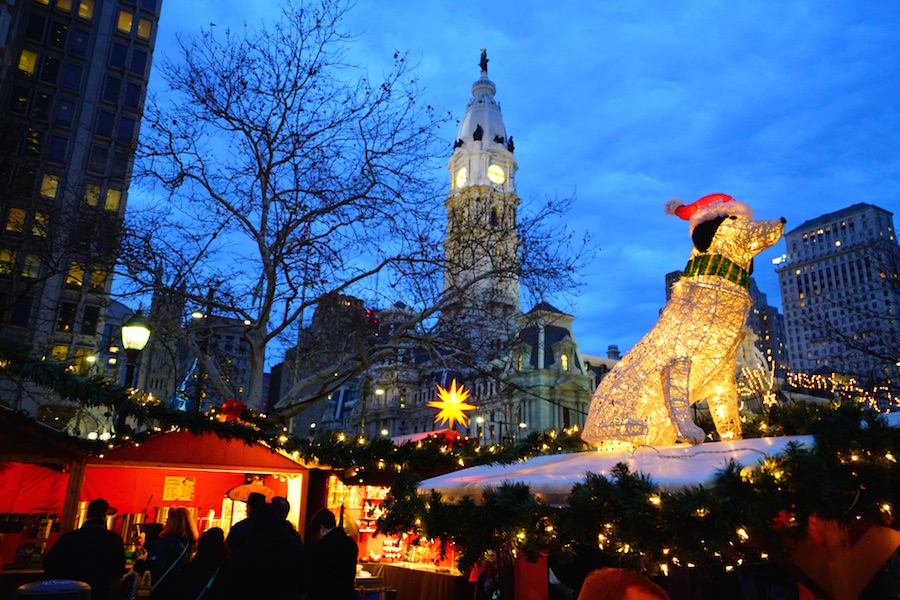 Laughs on Philly: No Parking @ Bourbon & Branch
Oops, I don’t know how I missed this one in my comedy roundup yesterday. Laughs on Philly presents comedy by Anthony Moore, Chanel Ali, Mike Brooks, Carly Kane, Matt Monroe and more. (What’s the “parking thing” about? How about this: “Bring a valid parking ticket and we’ll let you in for free.”) Hosted by Erin Dohony and Ronald Metellus.

The Barbary 10 Year Anniversary @ the Barbary
The Frankford Avenue club celebrates a decade of dance parties with a dance party.

Joy Again @ PhilaMOCA
Upbeat, eager and earnest, young Philly band Joy Again seem to be having a good time just hanging out and making music, and their energy is infectious. According to legend, the band got its start in a boarding school, so maybe that’s why there’s a frolicking air to their soft, jangling melodies. They’re indoor dogs who got out.

Dom Irrera @ Helium
The wily Philly comic comes home for shows before and after the holidays. You’ve seen or heard him all over the place (I’m Dying Up Here, Bob’s Burgers, The Big Lebowski) but I’m partial to his appearances on Dr. Katz. Wednesday, Friday and Saturday, November 22, 24 and 25.

Weeding out the Stoned @ Good Good Comedy Theatre
A pre-Thanksgiving edition of Alex Grubard’s beloved “game show of sobriety tests.” His job is to figure out which one of the 16 comedians on his panel isn’t stoned.

Final Outpost: An InterGalactic Cabaret @ PHIT
This new variety show is set in the year 2167 and hosted by Bill Reick and Julia Celley.

Matt and Shane’s Secret Podcast @ Helium
Philly podcasters/comics Matt McCusker and Shane Gillis do a live recording. Give it a listen here.

Thanksgiving @ somewhere nice
If you’ve got a good meal and good people to eat it with, you have it better than some. There are lots of local places you could donate time or money to, if you have a little to spare. Two such places are Project HOME and St. Francis Inn Ministries on Kensington Avenue. Both do good, hard work for people dealing with homelessness and poverty.
For more options, here’s a list of local charity orgs Philly Mag published a couple years ago, with links for donations. Oh and if you’re thinking of giving anybody one of those Philly Love Notes laser-cut city maps, order tomorrow and all profits go to good causes.

Hardwork Movement @ Underground Arts
Philly hip-hop crew Hardwork Movement is the complete package — smart, catchy, clever, unpredictable and always fun as hell. Right now we’re supposed to take a second and think about what we’re thankful for. This song’s all about that.

Macy’s Light Show @ Macy’s
I’ve been cynical in the (very recent) past about the ol’ Wanamaker Lord & Taylor Spencer Gifts Zipperhead Macy’s Christmas Light Show, dismissing it as something nostalgic parents drag their bored kids to. But my nearly two-year-old nephew saw it the other day and really seemed to dig it. The kid was less into the Dickens’ Village display on the third floor, but I rather enjoyed its ghastly portrayal of Scrooge begging for mercy from the wordless ghoul of Christmas Future. November 24-December 31.

Deadfellow/Sixteen Jackies @ Johnny Brenda’s
A night of Philly bands with something to say. Hayden Sammak of Deadfellow writes ambitious, emotional, thoughtful rock music. Sixteen Jackies, meanwhile, do dreamy indie pop with flashes of something more brash and bouyant. So far they’ve got three releases on Bandcamp, all called “demos” and each one featuring Jackie Kennedy in the album art. I’m intrigued. I need more from this band.

Beru Revue @ World Café Live
The vaudevillian Philly rockers returns for their annual Thanksgiving show. Wikipedia describes some serious local cred; Beru Revue’s first gig was at Grendel’s Lair in ’82, and the last show in their original run was at the Chestnut Cabaret in ’88. Hell yeah. They reunited in 2006 , still offering a fun, “Alice Cooper meets Gilbert & Sullivan on steroids” sound.

On A Black Friday @ Boot & Saddle
The Radiohead tribute act plays on the 20th anniversary of the release of OK Computer.

Taylor Williamson @ Punchline
The hilarious, kinda awkward standup has made his mark on America’s Got Talent and Last Comic Standing. Friday and Saturday, November 24 and 25.

The Dead Flowers @ Connie’s Ric Rac
The NJ band celebrates the release of their new EP, AI. I know basically nothing about them, but this song ain’t half bad.

Black Friday Comedy Marathon @ PHIT Comedy
Comedians of all stripes — standup, improv, sketch, clowns, etc. — and musicians get together for a 40-hour marathon performance. Cover is $12 or a receipt from a local business. Friday-Sunday, November 24-26. Forty frickin’ hours!

Finding Joseph I @ PhilaMOCA
This documentary tells the amazing life and times of Paul “HR” Hudson from legendary punk band Bad Brains. HR will be in attendance.

Soraia @ Milkboy
A local garage band with strut and swagger, Soraia believes in the power of rock ’n’ roll. They released Dead Reckoning in October.

Hatebreed @ TLA
Remember when CNN called Hatebreed a white-power band? Their retort was, uh, we hate everybody. Here’s an upbeat little ditty.

Secret American @ Johnny Brenda’s
Derek Krzywicki — best known around here for fronting indie band Cheers Elephant — lives in L.A. these days, and he’s got some sunny, groovy new music to show for it. Here’s something with some sneaky bleakness.

Scott Bradlee’s Postmodern Jukebox @ Keswick Theatre
Before they were an internet sensation they were a band. And they’re still a band, known for their swingin’ covers of modern favorites. “Creep,” “Royals,” “Thriller” — all sound like old-timey jazz standards when Postmodern Jukebox is done with them.

Kamasi Washington @ Union Transfer
The California jazz mainstay has lent his smooth, cerebral saxophone to all kinds of artists over the years: Ryan Adams, Run the Jewels, Kendrick Lamar, The Twilight Singers, and on and on. That’s helped open him up to non-jazz audiences, especially in recent years.

PhilaMRKT @ PhilaMOCA
Buy handmade/locally made stuff for other people or yourself. I’m not a cop. This one-day pop-up features items by “artists, illustrators, designers and printmakers.”

mewithoutyou @ Theatre of Living Arts
The veteran melodic punks from Philly keep on keepin’ on. I know this video’s a couple years old, but I still dig it.

Within The Ruins @ Voltage Lounge
The musical subgenre known as deathcore is kind of a hard sell for the average music fan. The thumping beats, the furious guitars, the singers who sound like really big dogs — it’s pretty scary. But. You should at least try it, to see what you’re missing. Here, start with Within The Ruins, a Massachusetts band with a melodic streak, a can-do attitude and, yes, a lead singer who barks a lot.

Olate Dogs @ Keswick Theatre
Technically this isn’t a comedy show, but a “high-energy, fast-paced canine theatrical act” is funny on at least a couple levels, right? I mean, one of the actors is going to poop. And besides, these are famous dogs — Richard and Nicholas Olate’s well-trained pups won America’s Got Talent in 2012.

Lame-O Records Fifth Birthday @ First Unitarian Church
The upstart indie label — founded by Modern Baseball’s Jake Ewald — throws a party in its hometown with Slaughter Beach, Dog, Shannen Moser, Cherry and No Thank You. If you’re not familiar with Lame-O, get digging.