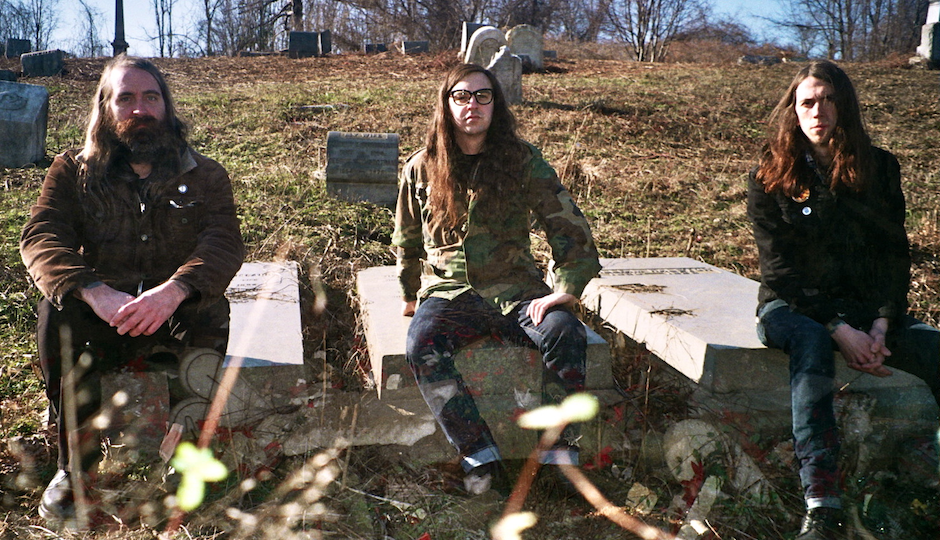 HOUND celebrates the release of Born Under 76 on Friday at Space 1026.

HOUND @ Space 1026 | Friday, October 20
Philly artist Perry Shall’s pretty well-known in the music world, but not always for his music. He’s designed posters, albums and shirts for the likes of Kurt Vile, Modern Baseball, Dan Auerbach, Best Coast and tons more. Everybody loves him, from Tom Scharpling who had Shall on The Best Show, to Ted Leo who gave him a shout-out from the Union Transfer stage a couple weeks ago. Shall also makes music, of course, with his band HOUND — featuring drummer Chris Wilson (of Ted Leo and the Pharmacists) and bassist Pat Hickey (Purling Hiss) — and their new record, Born Under 76 is a blast. Comparisons to Sword, Sabbath and Hold Steady don’t really do it justice, but I’ll start there and you can tell me how wrong I am. Friday’s release party has lots of comedy on the bill, including Mary Houlihan and “Financial Guru” Greg Gethard.

Radiator Hospital @ First Unitarian Church | Friday, October 20
Radiator Hospital’s kinda the best — a jangly, unsinkable dreamboat of a band. Sam Cook-Parrott’s songs of wonder and longing really hit the spot on a rainy grey day. Where their early stuff was rustic and bedroomy, their new record, Play The Songs You Like, is lush and spacious. Like a living room. Here’s a video where nothing really happens but the song is quite nice:

Port Lucian @ PhilaMOCA | Friday, October 20
I don’t know much about this newish Philly band except they’re led by young violinist/guitarist Portia Maidment and they describe their sound as “experimental psych-pop.” Port Lucian celebrates the release of their debut EP, Sun, on Friday.

Crash Course In Science @ Underground Arts | Saturday, October 21
Founded in 1979 — for real — this “minimal synth electro techno body wave” band from Philly used to play The Hot Club and drop in on The Uncle Floyd Show back in the day. This Saturday they celebrate their new LP Situational Awareness, which features music made with “toys, kitchen appliances and self-built synths.”

Brian Nowell Memorial @ Everybody Hits | Monday, October 16
This isn’t a record release show. Truth is, I don’t really expect strangers to go to this pot luck memorial to musician Brian Nowell, who passed away recently. I didn’t know him, but I liked his music. Nowell led the band Blue Smiley. You should listen: