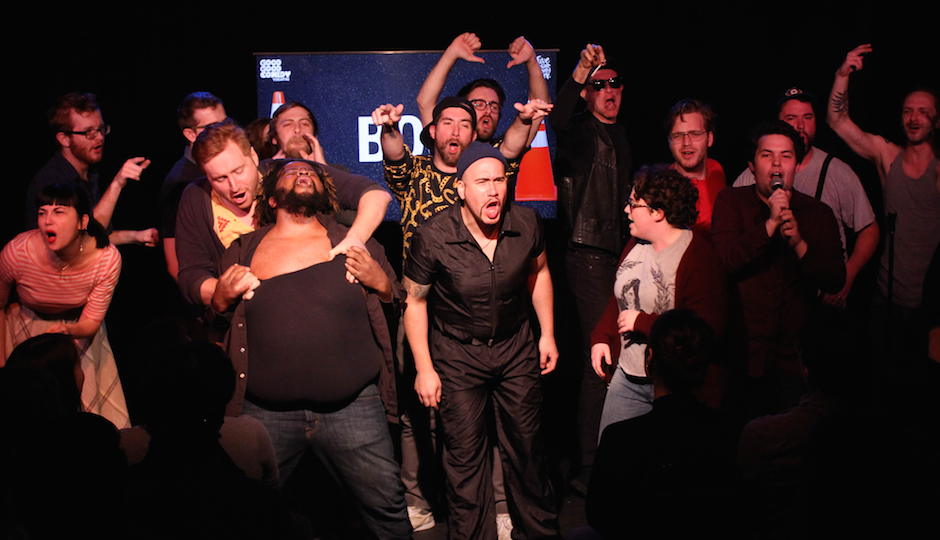 Has it only been a year?* Good Good Comedy Theatre, located on 11th Street in Chinatown, already feels like a vital part of the city’s arts and entertainment landscape.

In addition to giving out-of-town comics an intimate alternative to the larger, two-drink-minimum clubs, Good Good has also become a Petri dish for local talent. In a good way. They focus on $5 to $10 shows, many of which are premise-driven, which helps when lesser known performers are trying to build an audience.

In runaway hit Weeding out the Stoned, host Alex Grubard tries to figure out which one of his panelists isn’t high. John Deary and Alyssa Al-Dookhi give the Newlywed Game a “sadistic twist” with their Make Up or Break Up show. Dungeon Pals is a live D&D session. Sex With Ecks is some kind of dirty talk show. And on a on.

This Friday, to celebrate their impressive first year, comedians/Good Good founders Aaron Nevins and Kate Banford are hosting a “sampler” in which 21 of the theater’s regular shows — including all of those listed above — will be served up in tiny morsels over the course of just 90 minutes. It will be frantic and insane, and a wild introduction to just what it is they do over there.

After that, stick around for Eat Your Beats, which is billed as a rap battle/food fight.

* A year of local journalists using the “cheap laughs” idiom in regard to Good Good. I don’t even want to Google how many times I’ve done it.