44 Things to Do This Weekend

DesignPhiladelphia, the Battle of Germantown, the Collingswood Book Festival and more. 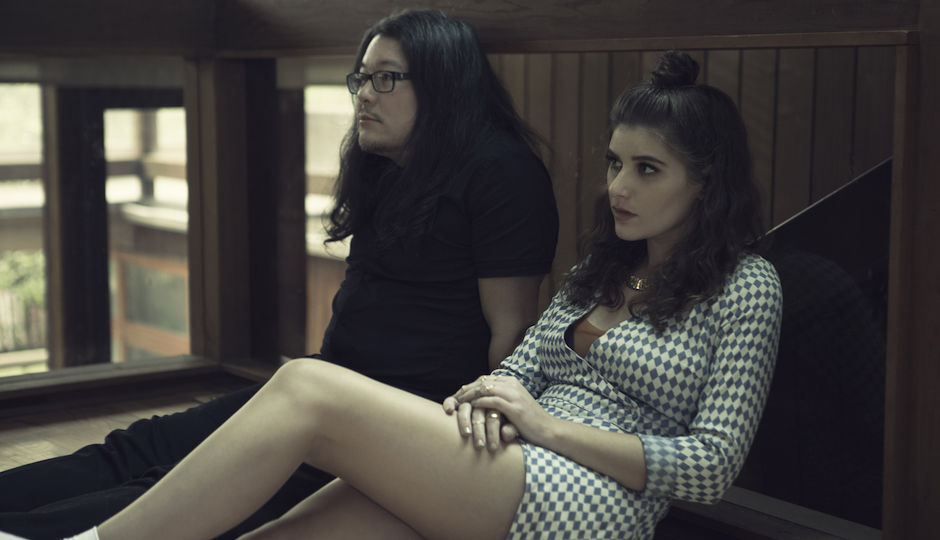 Best Coast plays with Paramore at the Tower on Friday. (Janell Shirtcliff)

DesignPhiladelphia @ all over town
The citywide DesignPhiladelphia festival is under way in earnest, with workshops and presentations pertaining to all manner of design (lighting, industrial, graphic, textile) and related areas (urban planning, architecture). On Friday, October 6, for instance, you can take a tour of NextFab — checking out their 3D printing and other cool tech. DesignPhiladelphia continues through October 14.

Gad Elmaleh @ Helium
Gad Elmaleh, whom you may have seen in Woody Allen’s Midnight in Paris, is known in some circles as “the Seinfeld of France.” (“What is the deal with escargot?”) He plays Helium through Saturday.

KMFDM @ Underground Arts
This industrial/techno/metal act was spawned in Germany in the ’80s. Their latest record, Hell Yeah, just dropped. Now’s the time on Sprockets when we dance.

Robert Kelly @ Punchline
You might know Robert Kelly from his frequent appearances on Opie and Anthony, or from Louie, where he plays Louie’s brother. Through Saturday.

Emily Carris: Reclaimed @ The Art Dept.
An installation of work by photographer/fiber artist Emily Carris. “Reclaimed is an installation born out of search for self. As a transracially adopted black women raised in modern America my story is incomplete, riddled with gaping holes, a result of malicious neglect and the casualty of power, supremacy, domination and shame.”

Alvvays @ Union Transfer
Like their peers in Chvrches and their ancestors in Ancient Rome, this Canadian band seems confused about proper usage of the letter v. That’s okay, the band is really good at making dreamy, spacey indie pop. Antisocialites, released last month, is lovely as hell but that does not mean you’re allowed to jump up on stage and try to kiss the bandmembers.

California Honeydrops @ World Café Live
This Oakland party band makes room for washboards and jugs in their blues/roots/R&B sound. Apparently they like to make it sexy, too.

Paramore/Best Coast @ Tower Theatre
This double-bill makes a lot of sense, the two acts representing caterpillars to each other’s butterflies. I… I don’t know what I mean by that, now that I’ve typed it. They’re both good rock bands is what I meant, maybe.

Cameron Esposito & Rhea Butcher @ The Trocadero
Look, I’m not about to go making a Funniest Couples In Comedy list, but if I did, these two would be at the top. They were funny together on the late, lamented Take My Wife (on the late, lamented SeeSo), and they’re funny apart, as the two often do standup tours together. Butcher’s kinda blunt and deadpan. Esposito’s animated and excited. So you’ll laugh for different reasons, which is cool.

Fletcher @ World Café Live
We all know Teen Vogue as a hard-hitting journalistic institution, but do they know music? Yes. Here they are telling you to watch pop artist Fletcher’s video for “Wasted Youth.” Smart advice. P.S. People calls Fletcher the “Jennifer Lawrence of Music” which is kind of annoying.

Rock Allegiance @ BB&T Pavilion
Marilyn Manson got squashed by a giant stage prop the other day, so he’s off the bill, but the rest of the Rock Allegiance bill is solid: Rob Zombie, Five Finger Death Punch, Mastodon, Halestorm, Steel Panther, Gojira and tons more bands who like to get loud. Summer’s almost over, you know?

Cold Fronts @ Underground Arts
Yet another Philly rock band you might want to pay attention to.

Stranger Things Dance Party @ Kung Fu Necktie
This “Upside Down Dance Party” pays tribute to Barb on its fliers and promises and evening of goth, synthwave and techno spun by DJs Shearn and Wassup Gina.

Revolutionary Germantown Festival @ Cliveden
Learn some history and watch a recreation of the Battle of Germantown (which was about parking, I believe) at this big, family-friendly festival.

Guns N’ Roses @ Wells Fargo Center
Tickets from December 7, 2002, will not be accepted.

Ron Pope @ The Trocadero
The Georgia artist is finally a hit after toiling in the singer-songwriter/country saltmines for years. I only like the songs where he has a beard.

Repair Fair @ Circle of Hope
Bring broken things — electronics, jewelry, clothing, etc. — and maybe one of Circle of Hope’s resident fixers can get it in shape.

Bartram’s Garden Boat Tour @ Bartram’s Garden
Hope on a boat at 30th Street for an “experiential discussion and tour of the garden, community farm and newly opened Bartram’s Mile”

Barnes Ensemble @ Barnes Museum
Built around the Jack Quartet, the Barnes Ensemble includes players from all over the world who only started playing together last week. This is their debut show.

Hundred Waters @ Underground Arts
This band of “Skrillex protégés” — boy that still sounds weird — released their third record, Communicating, in the middle of last month. Warning, this video has a lot of bugs in it, but the song’s kinda pretty.

Gogol Bordello @ Union Transfer
The Gypsy-punk party band returns to Philly for back-to-back shows. The Saturday show is sold out, but there are still tickets available for Sunday.

Black Lips @ Fillmore Philly
Apparently there was some sort of overhaul at Black Lips HQ and the Georgia quartet is now a quintet, and only two players from 2014’s Underneath the Rainbow appear on Satan’s Graffiti or God’s Art?, released in May. And there’s a sax now, which makes sense; I’ve always imagined this band playing a sideways-timeline version of the Enchantment Under the Sea dance. They like to smear their greasy garage-punk fingers on old-time rock ’n’ roll.