35 Things To Do This Weekend 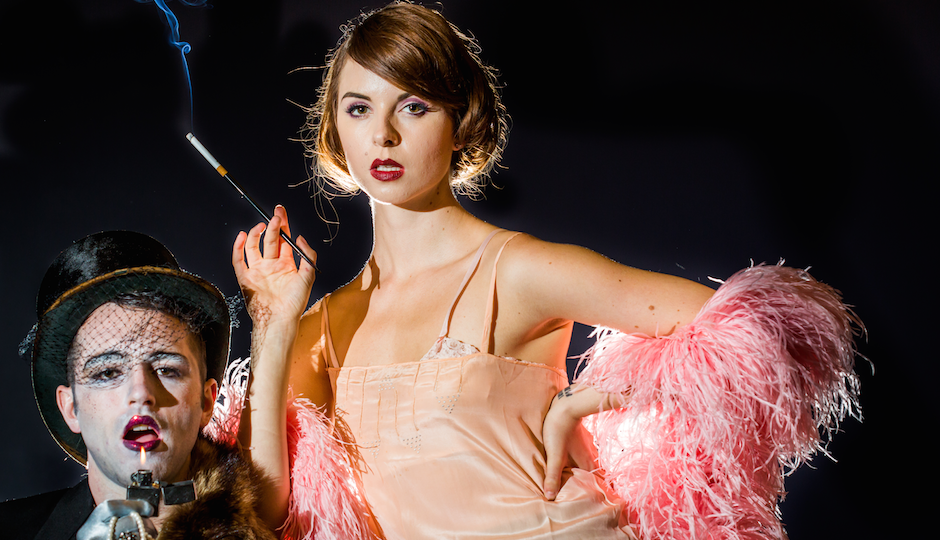 Dinosaur Jr. @ Union Transfer
Does J. Mascis have the best strained voice in rock ’n’ roll? When he says he feels the pain of everyone, I believe him. His guitar, however, sounds really free, really unstressed and unburdened. Anyway, here are some Dinosaur Jr. emojis.

Rezz @ Electric Factory
The young Niagara Falls DJ just released her debut album Mass Manipulation, and with it, a 60-page comic book about the time she arrived on Earth from Neptune to entrance us with techno/industrial dance music.

Philadelphia Unnamed Film Festival @ Proscenium Theater at the Drake
PUFF returns with four days of films you probably won’t see anywhere else, including Terrifier, 100 Acres Of Hell, Ruin Me and Assholes. Continues through October 1. Here’s a whole bunch of trailers.

The World Is A Beautiful Place & I Am No Longer Afraid To Die @ First Unitarian Church
Dramatic and emo-ish rock band TWIABPAIANLATD celebrates the release of their new record Always Foreign here in their adopted hometown (well, some of the members live here, anyway). This is one of their most disarming videos yet, and that’s not a back-handed compliment.

Together Pangea @ Voltage Lounge
They’ve got a scuzzy, garage sound, sorta like the Black Lips. But if that’s how they spell Pangaea then they are my enemy.

Revolution, I Love You @ The Barbary
This Philly band mixes synths and guitars in interesting ways, and forces their human drummer to collaborate with electronic beatmaking devices. Give this song a listen:

Bryan Callen @ Helium
Standup by the MadTV alum/co-host of the podcast The Fighter and the Kid. Through Saturday. You might also know him from his appearances on The Joe Rogan Experience.

Rock and Roll Man: The Alan Freed Story @ Bucks County Playhouse
George Wendt (Norm!) and Alan Campbell star in the world premiere of Gary Kupper’s musical about one of the fathers of rock ’n’ roll. Through October 1

Nick Thune @ Punchline
Standup comedy by the hilarious comic/actor/musician you may know from Comedy Bang! Bang!, Don’t Trust the B…, and Dave Made a Maze. Continues through Saturday. Here’s a funny video.

Double Dragon: Bruceploitation Double Feature @ Lightbox Film Center
Lightbox teams up with Exhumed Films for a doubleheader of movies made after Bruce Lee died that pay tribute to/imitate his style: The Dragon Lives Again (1977) and Bruce Lee Fights Back from the Grave (1976).

Seu Jorge Presents the Life Aquatic @ Keswick Theatre
Brazilian guitar genius returns to pay tribute to his fallen hero David Bowie on a set that recalls The Life Aquatic with Steve Zissou, the 2004 Wes Anderson movie in which Jorge appeared.

Son Little @ Boot & Saddle
Philly’s bluesy, rockin’ guitar wiz plays the second of two nights at Boot & Saddle in celebration of his latest record, New Magic. (Friday’s sold out.) Son Little recently recorded down under, according to his Anti- bio: “All the songs in Australia were written with one mic and an acoustic left-handed guitar I was playing upside-down that was borrowed from this blind Aboriginal musician named Gurrumul with this angelic voice.”

The Three 4 Tens @ Ortlieb’s
When you Google this time-honored psych/garage rock from Philadelphia, the top result is a MySpace page. Don’t click on that. Go to their FB page, click like, and put the universe back on track.

Trevor Hall @ TLA
The South Carolina singer/songwriter will release bits and pieces of his Kickstarted record, The Fruitful Darkness, throughout 2017 and 2018.

Yes @ Kimmel Center
I did a thing on the music video for Yes’ hit 1983 song “Owner of a Lonely Heart” here.

Joon Moon @ Boot & Saddle
Catchy, funky soul-pop from France. Here’s a video about a shark chasing an old lady around:

Group Doueh @ Underground Arts
The Western Sahara band performs live in the U.S. for the first time in six years. The evening’s festivities also include a screening of the documentary Oulaya’s Wedding.

George A. Romero’s Original DEAD Trilogy @ Lightbox Film Center
Exhumed Films celebrates the groundbreaking zombie filmmaker with screenings of Night of the Living Dead (1968), Dawn of the Dead (1978) and Day of the Dead (1985).

We Are The Union @ Kung Fu Necktie
The upbeat Michigan ska/punk/rock band will perform 2007’s Who We Are in its entirety.