34 Things to Do This Weekend 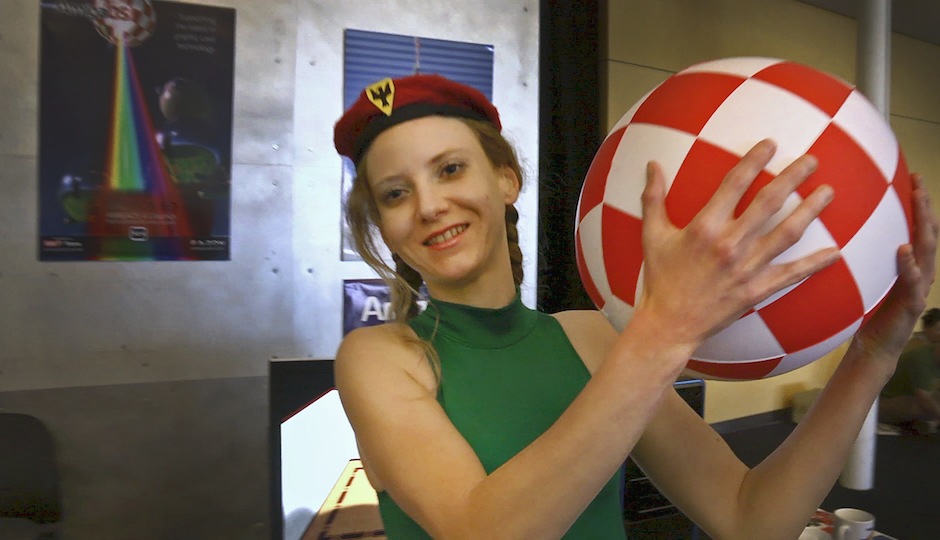 A still from Viva Amiga: The Story of a Beautiful Machine, which is up for Feature Length Indie Film of the Year at the Philly Geek Awards this Saturday.

Hari Kondabolu @ Helium
The hilarious standup comedian you may have seen on Totally Biased with W. Kamau Bell or heard on the podcast Politically Re-Active. I posted a bunch of his clips yesterday. Friday and Saturday.

The Rocky Horror Picture Show @ Ritz at the Bourse
A midnight screening of the cult classic with live shadowcasting by Philly’s own Transylvanian Nipple Productions.

Liberty Massacre 4 Day One @ Cinemug
Day one of the two-day festival of short horror films starts at Cinemug on Friday with screenings of The Dark Hunger, Blood Sisters, Creature Feature and more. August 25 & 26

Stephen Stills/Judy Collins @ Keswick Theatre
The two singer-songwriters first met and recorded together in 1968, but broke up before he got famous with CSNY. Now they’re touring together and, in June, releasing a duo album called Everybody Knows. Yes, there’s a Leonard Cohen connection, too.

Guardians of the Galaxy Vol. 2 @ Dilworth Park
The Pictures In the Park series of free movies at City Hall continues with the adventures of people, aliens, a raccoon and a little tree. P.S. The Troc is playing the exact same movie on Monday night.

Jason Aldean @ BB&T Pavilion
Another week, another dude in a cowboy hat and half-sleeves who I’ve near heard of playing country music in Camden. I recognize that this is on me. This video has 85 million views so there’s no way it’s actually as terrible as I think it is:

Photay @ Johnny Brenda’s
Brooklyn producer Photay is getting a lot of attention for his latest record of dance/electronic music, Onism, including a 7.9 from Pitchfork.

Reef the Lost Cauze/Hezekiah/The Bul Bey @ Johnny Brenda’s
A night of hot Philly rap benefitting Beyond the Bars, a local non-profit that brings music to “incarcerated and underserved youth” in the form of instruction, equipment and more.

Liberty Massacre 4 Day Two @ PhilaMOCA
Day two of the two-day festival of short horror films continues at PhilaMOCA with I See You Everywhere, Mars vs. Cheerleaders, A Peculiar Thud, among many others.

Rave of Thrones @ Fillmore Philly
If you want to see Kristian Nairn — aka the guy who plays Hodor (no spoilers) — spin records, this is your chance. It may sound like one of those cynical cash-in tours dreamt up by the suits (and maybe it is), but Nairn is actually a DJ, apparently.

All Screwed Up @ Lightbox Film Center
Lightbox continues its series of films by Lina Wertmüller. In the comedy All Screwed Up, “two Southern country boys — Gigi (Luigi Diberti) and Carletto (Nino Bignamini) — travel north to get work in Milan, join the labor movement and live in a communal home with other migrant workers, including some combative love interests.”

Matchbox Twenty/Counting Crows @ BB&T Pavilion
Counting Crows made some mistakes. The hair? That’s an easy one. Covering Joni Mitchell? Yeah, that was doomed from the get-go. And, certainly, there were cringe-worthy lines (“I felt so symbolic yesterday”) and moments (when AARP asks you to be on the cover you say no), but I contend Adam Duritz and co. did make some interesting, worthwhile music, especially early on. As for Matchbox 20, I never cared much for them.

2017 Philly Geek Awards @ String Theory Schools
Some of Philly’s finest, most creative minds are up for awards in categories like Comic Creator of the Year, Dev Project of the Year, Impact Org of the Year, Scientist of the Year and many more.

Aretha Franklin @ The Mann Center
Expect an endless array of hits from the soul/pop/R&B diva: “Respect,” “Son Of A Preacher Man,” “Rock Steady,” “Something He Can Feel,” “Jump to It,” and on and on.

Classic Hip-Hop Night @ Coda
DJ Dave Paul on the ones and twos spinning old favorites from ’79 to ’99.

The Dance with Ben Kronberg @ Good Good Comedy Theatre
Chris O’Connor and Doogie Horner host an evening of comedy featuring standup comic Ben Kronberg. This video is NSFW for sure.

Sheer Mag @ Union Transfer
One of the best live bands in Philly right now celebrates the release of their debut record, Need To Feel Your Love.

Black Girls Gather @ One Art Community Center
“An afternoon of conversation in support of community building and sisterhood guided by For Harriet‘s editor-in-chief, Kimberly Foster.”

Run Down Broad Street Naruto Style @ City Hall
So, you’re supposed to sprint down one of Philly’s busiest streets like they apparently do on the animated series Naruto? Is this a real event? Will the street be closed off? This is probably just a fake Facebook invite, like that one where Fiona Apple plays Applebee’s. But I like the idea of anime fans getting weird together in public. But don’t really do this.