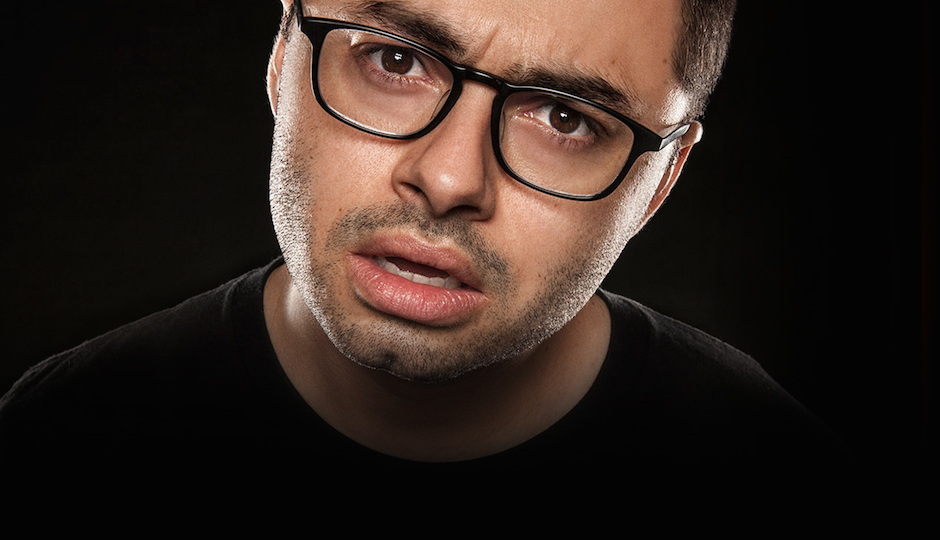 Marah @ Ardmore Music Hall
The veteran Philly rock band always puts on a memorable show. Rolling Stone called one of their records the “Best Americana Album You’ve Never Heard” and they’re right except I’ve heard it. It is really good, though.

Gina Yashere @ Punchline Philly
Standup by the British comedian/actor. She also popped up on the Daily Show in March as their Brexit expert. Through Saturday.

Deadfellow @ Boot & Saddle
Local singer and songwriter Hayden Sammak is in the middle of a three-EP series on modern love. Mescalifornia was released in June.

Questival Philadelphia 2017 @ all over town
The details are vague about this “24-hour adventure race” but the photos show smiling people running and climbing walls and kayaking and stuff.

Ursula @ PhilaMOCA
Bold, shouty rock ’n’ roll from Philly. Ursula is loud and lo-fi, but they have an artsy side:

Guys and Dolls @ Bucks County Playhouse
Theater critic David Fox had this to say: “Any opportunity to see Guys and Dolls — near the top of the top among American musicals — is a treat, and I especially looked forward to it at Bucks County Playhouse. It’s an ideally intimate venue, as well as one rich in history and atmosphere. The cast has many terrific performers (BCP does very well with casting in general). Most of all, the director is Hunter Foster, Artistic Associate here, who two summers ago led an exceptionally intriguing version of Stephen Sondheim’s Company.” Read the entire review here. Runs through Aug. 12.

Ace @ the Annenberg Center
A comedy about a NYC cab driver with a past, written and performed by Ted Greenberg (Emmy-winning writer for Late Night with David Letterman). Runs through Aug. 12.

Onesixty featuring Starkey @ Kung Fu Necktie
Dev79 and Sideswipe host a night dedicated to Footwork, Juke, Ghettotech and all things at 160bpm.” The guest DJ is Starkey of Slit Jockey/NoRemixes.

Jon Lovitz @ Helium
Standup comedy by the SNL/NewsRadio alum. Remember when Trump referenced Lovitz during his presidential campaign? That was so weird. Everything’s weird now. Lovitz performs through Saturday.

Tommy & Me @ FringeArts
A revival of Ray Didinger’s play about helping to get NFL player Tommy McDonald into the Hall of Fame. Runs through Aug. 20.

The Room @ Ritz at the Bourse
Watch the infamously terrible movie at midnight. Uber home in silence.

Cinema Novo @ Lightbox Film Center
“A film essay that poetically investigates the eponymous Brazilian film movement, the most prominent in Latin America in the past century”

The Stammer @ Ortlieb’s
This dark, punky Philly band is ready to release their new record Face in Peril. I like the way Brian Brotman’s Lou-Reedy vocals bounce off a heavy rock wall in this song:

Night of 1,000 Kates @ Johnny Brenda’s
The fourth annual celebration of the music of Kate Bush, this time with the theme of Waking The Witch.

Chris Stapleton @ BB&T Pavilion
The Kentucky country artist comes to town. Stapleton’s not opposed to rocking out, but don’t lump him in with the pandering, bro-country crowd. He’s more old-school, singing songs about whiskey and being sad.

Night of the Living Dead @ TLA
The TLA gets back to its movie house roots with two screenings (8 p.m. and midnight) of George A. Romero’s 1968’s influential zombie horror classic.

Yellowman @ Milkboy Philly
The Jamaican reggae/dancehall artist has seen it all and kept going.

Anna Drezen @ Good Good Comedy Theatre
Comedy by the SNL writer/Reductress editor. She also the author of Reductress: How To Win At Feminism and How May We Hate You?

The Vernes @ Kung Fu Necktie
The Vernes do wobbly, catchy pop. The slower stuff’s like Casiotone for the Slightly More Outgoing, but the faster songs are more garagey. (P.S.: Show up early for Strange Parts.)

Semi-Composed: Metamorphosis @ The Performance Garage
A music and dance performance by Vervet Dance and friends. “Philadelphia-based Vervet Dance director Loren Groenendaal with New York City-based pianist Melinda Faylor present structured improvisational compositions from the past decade of collaboration along the themes of metamorphosis and change.” Two performances: 6 and 8 p.m.

Ki:Theory @ Boot & Saddle
Joel Burleson has been making electronic/rock music since 1999, sometimes remixing the likes of Daft Punk, Ladytron and Rodrigo y Gabriela. He’s also done stuff for TV soundtracks and commercials. Psst. Can you believe this music video was banned? I found it on YouTube dot com. Don’t tell any one:

Joe Mande @ Underground Arts
This really funny standup comedian used to do sketch comedy with Harris Wittels and wrote for Parks & Rec, Kroll Show and Delocated. He shows up on Earwolf podcasts from time to time. Comedian Rachel Fogletto has just been added as the opener.

Fundraiser for Roberta Briggs @ The Rotunda
Open mic, raffle and other festivities to raise money for a Philly stylist and friend to many. Donations can also be made here.

Valley Queen @ Johnny Brenda’s
This L.A. folk-pop band caught the eye of both Stereogum and NPR last summer and drew comparisons to Fleetwood Mac and Florence and the Machine. Singer Natalie Carol has some serious chops.

Free Screen Printing Workshop @ Warehouse on Watts
South Silly Craft Coven hosts a workshop teaching basic screenprinting techniques that you can use at home. Read up on what you should bring.