10 Things To Do in Movies, Comedy, Dance and More 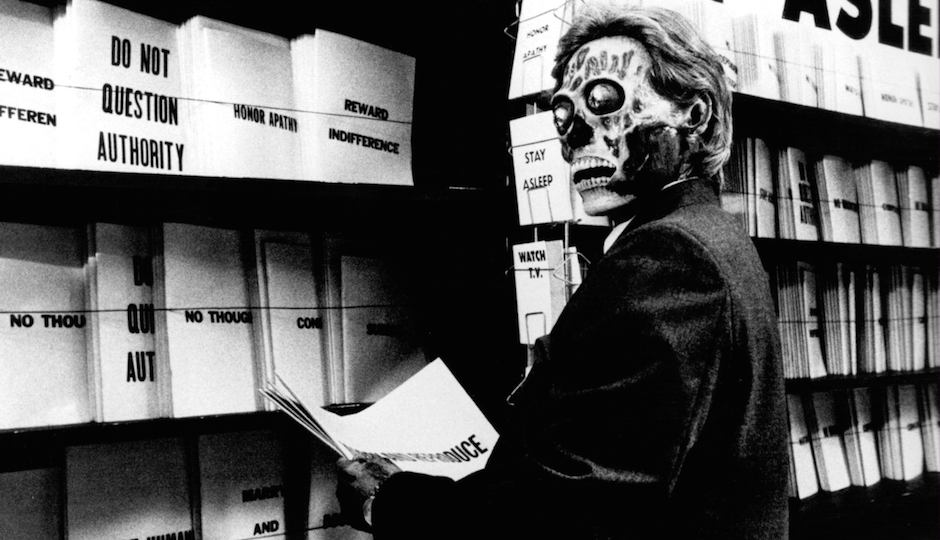 They Live screens at Lightbox Film Center on Thursday.

They Live @ Lightbox Film Center | Thursday, July 13
No matter the political environment, somebody’s gonna tell you it’s like They Live out there. All you need are some special sunglasses to show you the monsters in our midst, be they Trump-voters, gun lobbyists, racists, whatever. If you don’t get the reference, consider this free screening of the 1988 John Carpenter action/horror classic starry Rowdy Roddy Piper.

Perfect Blue @ Christ Church Neighborhood House | July 14-23
Tiny Dynamite presents this play set in 2038, on the eve of a great extinction. Perfect Blue features two actors — one in Philly and the other in London via live video projection. Stars Emma Gibson and Harry Smith. Directed by David O’Connor. Designed by Jorge Cousineau.

WOMEN @ Community Education Center | Saturday, July 15
“WOMEN, choreographed by Nicole Bindler in collaboration with three dancers from Diyar Dance Theater, is a hybrid dabke/contemporary dance that explores the parallels between the conquest of Palestinian land and Palestinian women’s bodies. The dancers create a map of Palestine with stones on the stage and on the geography of their bodies.”

Check It @ Philadelphia Printworks | Saturday, July 15
A free screening of “a feature-length documentary about a black gay gang struggling to survive in one of Washington D.C.’s most violent neighborhoods.” Directed by Dana Flor and Toby Oppenheimer, Check It was released by Louis C.K.

Bastille Day @ Eastern State Penitentiary | Saturday, July 15
“Let Them Eat Tastykake” is the rallying cry at this annual street festival on Fairmount Avenue. Then Butterscotch Krimpets come flying down from the prison to the crowd below. Oh and there’s a (mock) beheading of Marie Antoinette. Entertainment provided by experimental cabaret troupe The Bearded Ladies.