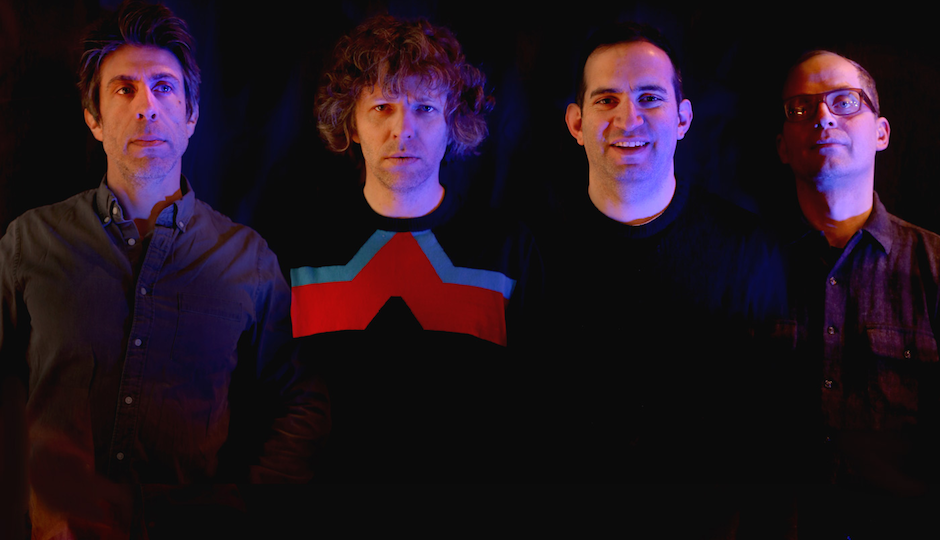 Southern Culture on the Skids @ World Café Live
This North Carolina rock/soul trio has been doing their thing since 1983, amazingly enough. Their thing, of course, is funny, high energy and kinda trashy music you can dance to. Make sure to get there in time to see the GTVs, fronted by Sam Steinig of longtime Philly rockers Mondo Topless.

Chris Gethard @ TLA
The comedian/actor/talk show host/podcaster brings a live, interactive version of his Beautiful Anonymous show to town. Basically, he’ll be talking on the phone with an unidentified stranger and soliciting questions from the audience. Check out my interview with Gethard from earlier in the week.

!!! @ Underground Arts
Dance-punk mainstays !!! — or Chk Chk Chk, if you want to Google them — just released their seventh record, Shake the Shudder. As always, Nic Offer and co. are all about that style and sass.

Uncle Vanya @ Quintessence
Says theater critic David Fox: “While Chekhov deals with profound spiritual ennui, too often what we see [in this production] looks merely enervated. The acting is a mixed bag, though a few performances shine.” Runs through June 18. (Read the whole review here.)

Adele Givens @ Helium
The veteran comedian has appeared in a number of TV shows and movies over the years, including the Hughleys, Def Comedy Jam and Beauty Shop. Through June 10.

Project Dawn @ People’s Light and Theater
The world premiere of a play written by Karen Hartman and directed by Abigail Adams. Project Dawn is about the “lawyers, judges, parole officers, and staff [who] work to transform the lives of women repeatedly convicted for prostitution” in an unusual Philadelphia court. Runs through July 9.

Jo Koy @ Punchline Philly
As seen/heard on Chelsea Lately and The Adam Carolla Show. At press time there are still tickets for the Saturday and Sunday shows available. Through June 11.

Ron Funches @ The Trocadero
With his adorable personality and infectious giggle, Ron Funches is kind of a comedy teddy bear. He’s often the funniest contestant on @Midnight.

Philly Full Moon Bike Ride @ Philadelphia Museum of Art
Meet at the Museum, then bike around in the light of the Full Strawberry Moon with likeminded people. The route is TBA.

Fresh Air with Terry Gross with guest Seth Meyers @ Kimmel Center
The NPR superstar interviews the late night talk show host. I could not find a photo of Meyers and Gross together. Here’s one of him with the Count.

Deadfellow @ Milkboy Philly
Hayden Sammak has the kind of rasping, swaggering voice you can listen to all day. Right now the rock/folk artist better known as Deadfellow is in the middle of a trilogy of EPs that deal with modern love. On Friday he celebrates the release of Mescalifornia: A California Dream by fronting a 10-piece band.

One More River to Cross: A Verbatim Fugue @ The Latvian Society of Philadelphia
James Jackson directs the world premiere of playwright Lynn Nottage’s work based on interviews with former slaves conducted in 1936 and 1938 by the Federal Writers Project. Shows Thursdays through Sundays through June 11.

Bryan Adams @ Mann Center
The Canadian rock/pop star is responsible for a lot of songs awkwardly danced to at high school dances a couple decades ago. Among them: “(Everything I Do) I Do It for You,” “Heaven,” “All for Love” and “Have You Ever Really Loved a Woman?” And then there are the peppier numbers, like “Run to You” and “Summer of ’69” — both of which probably qualify as classic rock at this point.

State Street Blues Stroll @ Media, PA
This annual festival offers a full day of music up and down State Street, including Lonnie Shields Band, Steve Guyger & The Excellos, Philly Gumbo, Judy Sings the Blues, Sister Blue Band, Stevie & The Bluescasters and tons more bands that may or may not have the word blues in their name. Headliner Ruthie Foster caps everything off at the Media Theatre.

Jack Johnson @ BB&T
FYI, Jack Johnson is a surfer, but this ain’t surf rock. (I’m looking at you, people who put genre tags on Wikipedia articles.) Laid back and purposely casual, Johnson is the pop equivalent of a Corona commercial. For some, sitting on the BB&T lawn and listening to “Traffic in the Sky” sounds like heaven and that’s just fine

Girlpool @ Union Transfer
The L.A. indie-poppers return to Philly, where they lived for a bit with a rockin’ new record, Powerplant.

Bits w/ Barats @ Good Good Comedy
The NYC comedian does an hour of solo sketches and other assorted bits.

Philadelphia Dyke March @ Kahn Park
Rally in the city’s finest triangular park, then march, then come back to the park to eat water ice. Allies welcome.

Dawes @ Fillmore Philly
I’ve often heard the music made by this slick, folk-rocking L.A. band and thought, “Hey that’s not bad, but Dawes is such a boring name for a band. I hate it. Why do little things make me angry? Why can’t I find peace? Why do my friends look at me like that?” Anyway, I just stumbled across this Spin article about how Dawes got its name. It’s not satisfying but at least that’s one of life’s little mysteries solved.

Terrapin Turtle Races @ Tiki
I know what you’re thinking. Terrapins are land turtles but when you click that link, all you see are re-eared sliders, or some other kind of water turtles. You’re right and I’m glad we can talk openly about turtles. Terrapin in this case is referring to a brand of beer. This is a Beer Week event.

Secret Cinema “Bicycle Shorts” @ The Rotunda
Jay Schwartz digs deep into his archives to find short films about bikes and the people who sit on them. You probably have never heard of the films on this bill, and you likely won’t get the chance to see them again.

Jeremy Enigk @ Fillmore Philly
A solo show by the frontman of Sunny Day Real Estate and The Fire Theft.