12 Things to Do in Movies, Comedy, Theater, Ghost Hunting and Weird Sports 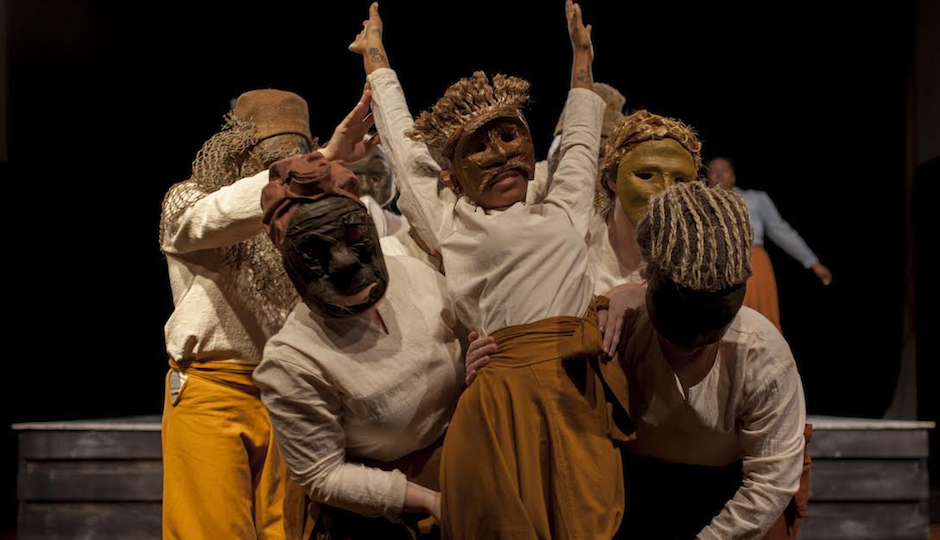 The cast of One More River To Cross at Pulley & Buttonhole Theatre Company. It opens at the The Latvian Society on Thursday. (James Jackson/raveneyes.com)

Commonspace LIVE @ FringeArts | May 24-26
Continuing a week of shows for the Commonspace program, presented by First Person Arts and WHYY. Wednesday: Gentrified, personal stories about neighborhoods in flux. Thursday: Now You See Me, “three astonishing illusionists tantalize audiences with the mysteries of masculinity and race.” Friday: Targeted, personal stories about being an outsider.

One More River to Cross: A Verbatim Fugue @ The Latvian Society of Philadelphia | May 25-June 11
James Jackson directs the world premiere of playwright Lynn Nottage’s work based on interviews with former slaves conducted in 1936 and 1938 by the Federal Writers Project. Shows Thursdays through Sundays.

Penitentiary Ghost Hunt @ Eastern State | Thursday, May 25
Eastern State does not formally endorse this endeavor, but they’re not going to stop you and your fellow ghost hunters from buying tickets and touring the old prison with your EVP recorders, proton packs, etc.

Sonita @ Lightbox Film Center | Thursday, May 25
A young Afghan refugee lives in Tehran and dreams of becoming a rap star.

The Silence of the Lambs @ Ritz Five | Friday, May 26
A midnight screening of Jonathan Demme’s masterful 1991 thriller starring Jodie Foster and Anthony Hopkins? Sounds pretty much perfect. “He said he lived in Philadelphia, but he may have lied. That’s all I can remember, mum, but if I think of any more, I will let you know. Oh, and senator, just one more thing: love your suit.”

How to Use a Knife @ The Drake | May 26-June 18
InterAct Theatre presents Will Snider’s drama starring Scott Greer as a tyrannical master chef at a Wall Street restaurant, directed by Seth Rozin.

The Cookout @ Punchline | Saturday, May 27
Tony Woods, Skeet Carter and DJ Cash Money put on a full day of food and comedy.

Philadelphia Spikeball Roundnet Tournament @ Chamounix Fields | Saturday, May 27
Put a two-person team together and compete in three different divisions of Spikeball: Advanced, Intermediate and Women’s. What is Spikeball? Looks sorta like volleyball but there’s a trampoline instead of a net and the field of play is a circle and the ball is smaller and everybody’s wearing backward baseball caps and… Know what? Just watch this: