Heck with the music critics. 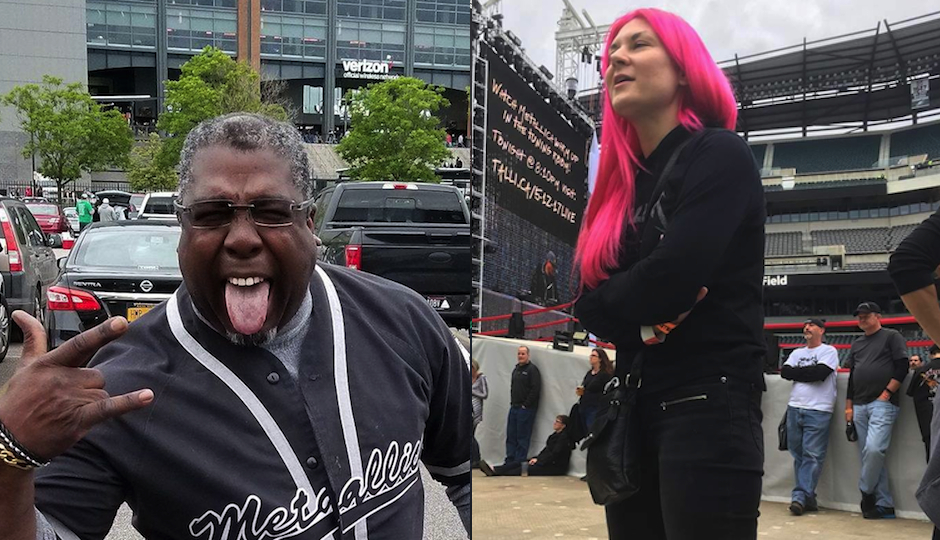 On Friday night, Metallica played Lincoln Financial Field in Philadelphia, their first appearance in the city since 2009. Instead of sending a music critic to review the show, we sent mega Metallica fan Keith Taylor, the affable chef-owner of Zachary’s BBQ in Norristown. And we checked in with some other locals, too, to see what they thought.

What Metallica did with those three-story-high freaking graphics screens made it so every seat was a good one. It was incredible, incredible, and incredible for a third time.

The stage was actually very simple other than that, and while we were sitting there waiting for the show, I thought, Wow, what a lame-looking stage. But I didn’t realize that they had those huge video screens, and what they did with those and the cameras was just amazing.

The bottom line is that they came and showed that they care. They come out and they say, Let’s give the most metal as fuck concerts as we can.

The whole show was off the charts. There was nothing not memorable about the show.

This was my 26th Metallica show. I’ve been in the fan club since 2000, and this was my first time in the Snake Pit. Club members enter a random drawing for Snake Pit passes. It’s a surreal and bizarre experience. It’s a tiny space they open up in the front and center of the stage. I was surrounded by Metallica. 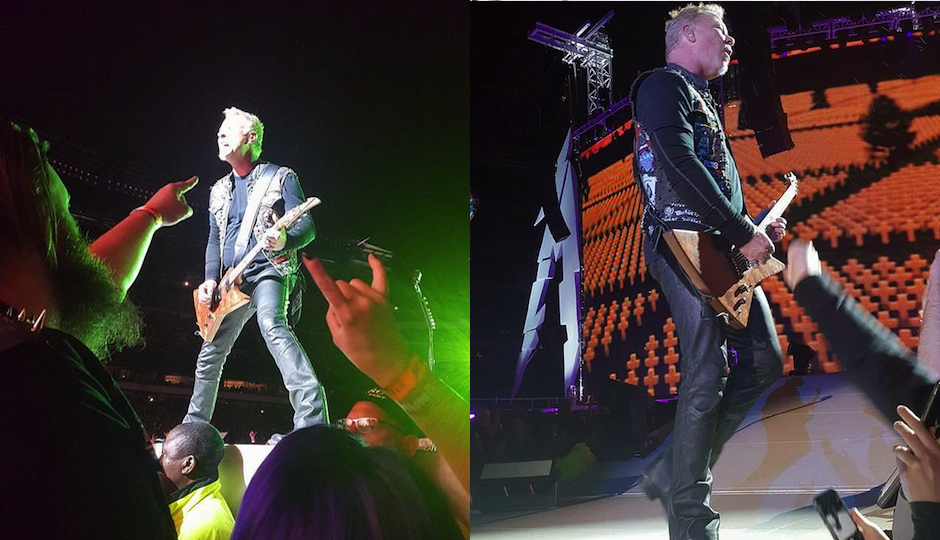 They played five songs off the new album. I was happy about that. I really dig the new album, and after a while, I get sick of the same greatest hits setlist. Nice to see and hear something new.

The sound overall was exactly what you’d expect from a big stadium. Not great. During the “Fade to Black” intro, it seemed like Kirk couldn’t hear James and was a little thrown off. The ending was a little sloppy, so James laughed and had them do the ending one more time, saying something like, “C’mon, we gotta do it right for Philly.”

And while this was happening in front of me, I didn’t even see the second drum kit rising from a trap door behind me. I turned around like, Where the fuck did that come from?! So then all four of them came up and did “Seek and Destroy” in a close cluster along the Snake Pit, recreating the close quarters of their old garage band days. I lost my damn mind! I got to touch Hetfield’s hand a couple of times, which makes me more excited than I’d like to admit.

I still love Metallica. I don’t care what anyone says.

Seeing Metallica live in 2017 is one big caricature of what I imagine it was like to see them in their heyday: Overabundant testosterone levels, all the black t-shirts you could imagine, more pyro than I’ve ever seen in one show. And I’ve seen a lot of shows in my time. I’m not sure what was longer: The merch line or the men’s bathroom line.

The band sounded like a million bucks, which is no small thing to pull off. A stage production of this caliber night in and night out takes an army. I tip my hat to the local and touring crews.

Glad I went? Yes. Rushing back to a Metallica show in the future? No.

Very good. Just short of great because the set list was aimed at the casual fan, and I really didn’t need to hear “Unforgiven” and nothing from Justice but “One.” But the sound was good, and Hetfield’s vocals were excellent.