27 Things to Do This Weekend 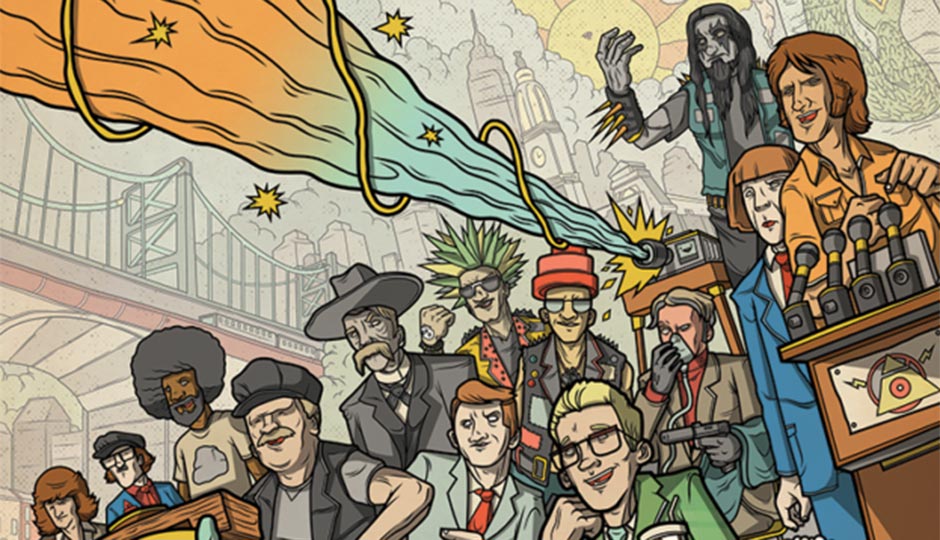 Cinedelphia @ PhilaMOCA
Through April 29, Philadelphia’s beloved rock mausoleum plays host to the wonderful and strange Cinedelphia film fest, putting cult favorites and rare gems on the big screen. I watched a bunch of trailers earlier in the week and liked what I saw. By the way, PhilaMOCA is once again displaying a one-of-a-kind Ghanaian Movie Posters throughout the fest.

Stinking Lizaveta @ Johnny Brenda’s
Stinking Liz has been doing it dark, deep and instrumental in Philly for years. They continue to crush it on their latest, Journey to the Underworld. Victor Fiorillo just did a big ol’ piece on them.

Thank You For Coming: Play @ FringeArts
Faye Driscoll returns with the second installment of her Thank You for Coming series. “This semi-fictional collective autobiography explores “who we are” as mythically urgent and elusively empty.” Friday and Saturday.

Little Hurricane @ Boot & Saddle
Little Hurricane has me thinking about the end of the world (again). Specifically, it’s their video for “OTL” which feels like a short film about our modern doomed condition soundtracked by the San Diego duo’s minimalist bluesy, groovy rock. It’s quite moving. As a Lactose Intolerant American, I always figured I’d spend my final minutes on Earth with pizza and a milkshake, but now I’m worried I’ll be too sad. Watch it:

Andrea Gibson @ Trocadero
Gibson is as much an advocate for sublime moments and plainspoken truths as she is for peace and protest. Plus: A poet headlining the Troc? How cool is that?

Kreator @ TLA
Those riffs. Those grouched-out vocals about Satan and sin. This is serious heavy metal for heshers and prodigal smokers with patches on their back. FYI: Kreator would like to remind you that Satan is real. The more you know!

The Donuts @ Boot & Saddle
There will always be a place in my heart for this hard-working good-time rock and roll from Philly. The Donuts have always been hard to put your finger on — they trace their origins to a “Spectrum parking lot prior to an ACDC show” in 2001, and their roster (currently) appears to include several characters from Infinite Jest — but I know that’s Jon Houlon from John Train and the mic, and he always delivers. 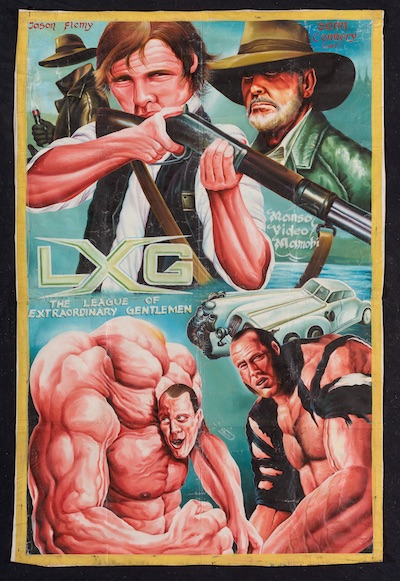 What the heck, here’s another one of Cinedelphia’s Ghanian Movie Posters.

Alex’s Lemonade Stand Family Festival @ National Constitution Center
“Colonial-era games, live music, food trucks, entertainment, family friendly activities, water ice, and of course, lemonade,” all for a good cause. Plus: Kids under 18 get in for free.

Dan TDM @ Tower Theater
The apparently world-famous British Youtuber and Minecraft player is doing two shows at the Tower because civilization is getting real weird here at the end.

Lil Peep @ Fillmore Philly
With his tats, dumb hats, slimy emo asides and dick rhymes, scuzzball rapper Lil Peep was basically built to piss off the PTA. P.S. If this dude plays a show on Easter Sunday and doesn’t throw peeps into the audience then he is a monster.

Easter
Once a year, the rabbit goddess emerges from a volcano to select a husband. Nobody knows which volcano it’ll be. Kinda nuts this keeps happening and nobody talks about it.