The utterly eclectic film fest returns to PhilaMOCA this week. 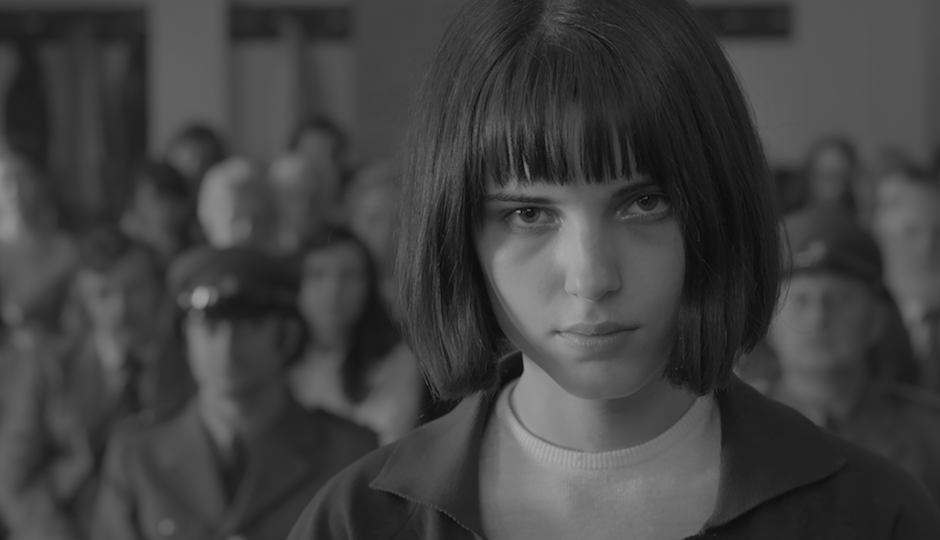 I, Olga Hepnarova tells the story of a real-life Czech mass murderer.

Now in its fifth year, Cinedelphia — an “alternative celebration of film” — returns to PhilaMOCA with a full roster of rare gems and revisited favorites. Curated by organizer Eric Bresler and a small cadre of movie buffs, the festival is so eclectic you might want to do some advance homework to make sure you’re not missing something secretly awesome. So. Let’s watch some trailers.

Blue Velvet Revisited
The fest begins on Thursday with this companion piece to David Lynch’s cult-hit 1986 neo-noir staple Blue Velvet, (appropriate, given the venue’s Eraserhood locale). Filmmaker Peter Braatz was actually on set with Lynch and co., collecting behind the scenes footage and interviews. It’s like DVD extras from an alternate universe and it looks dreamy. (Thursday, April 13)

The Transfiguration
Brooklyn filmmaker Michael O’Shea offers a new take on the teen-vampire love story with his debut feature, an intense-looking thriller that aims to subvert the genre. (Sunday, April 16)

Hotel Coolgardie
Director Pete Gleeson’s documentary about two young Finnish women tending bar at a dive in the Australian outback promises something seedy and eye-opening at its core, but the trailer only drops hints (as good trailers do). Clueless Tourists-vs.-Local Monsters, is a pretty robust horror subgenre (see Turistas, The Green Inferno, et. al), but this is real life and therefore much, much creepier. (Monday, April 17)

Dark Night
This one looks pretty terrifying. Director Tim Sutton offers an “artfully understated critique of American gun culture” inspired somewhat by the 2012 mass shooting in an Aurora, Colorado, movie theater. Needless to say, the film has courted its share of criticism and controversy. Sutton will be on-hand for a post-screening Q&A. (Tuesday, April 18)

The Lure
This is a Polish mermaid vampire horror musical set in the ’80s. Probably the only film in that particular niche. The trailer is amazeballs. (Thursday, April 20)

Weather House
Cinedelphia calls this the strangest film in their 2017 lineup and if you’ve made it this far, you know that’s saying something. The official description: “A group of strangers grapple with sanity and each other in a post-apocalyptic world defined by constant extreme weather changes.” But word is it’s even funnier and freakier than they’re letting on. (Sunday, April 23)

My Buddha is Punk
Andreas Hartmann’s lauded 2015 documentary follows Kyaw Kyaw, the 25-year-old activist/leader of a punk band in Myanmar. He’s got a bigger machine to rage against than most. (Sunday, April 23)

On The Sly: In Search of the Family Stone
Philadelphia-born rookie documentary filmmaker Michael Rubenstone goes out in search of reclusive funk superstar Sly Stone. Lots of music fans are going nuts for this one. At press time, the 6 p.m. screening is already sold out. It’s the 9 or nothing. (Saturday, April 29)