The quietly funny comic plays the Punchline this weekend. 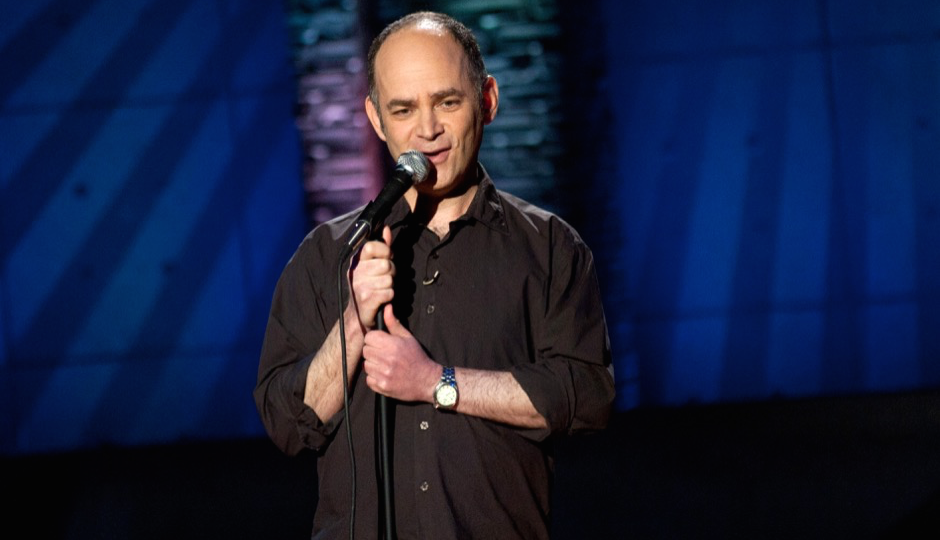 Todd Barry is low-key one of the funniest people in comedy — and it’s most because he’s so low-key. He doesn’t move around, he doesn’t yell, none of his bits work as t-shirt slogans. Sure, he can be sarcastic and scathing, but he keeps it simple and mostly subtle. Barry also just released his first book, Thank You for Coming to Hattiesburg. In advance of his upcoming run in Philly, let’s watch a bunch of Todd Barry clips:

Todd Barry is so good at crowd work he did a whole tour of it. His buddy Louis CK just released a five-dollar concert film directed by Lance Bangs and compiled from seven West Coast shows.

On several occasions, Todd Barry has opened for rock bands (like Yo La Tengo, Mates of State and Superchunk). Here he is at a YLT Hannukah show, reading and annotating a letter from a fan who was unnaturally disappointed by of his shows in Philly.

He’s a drummer and has sometimes joined his indie rock friends onstage. Here he is sitting in with the Mates of State as they cover The Replacements for the A/V Clubs’ undercover series.

He’s an actor, too. He was in The Wrestler and other stuff. Here’s his reel.

He gets recognized everywhere he goes. This is him playing himself on Delocated.

Todd Barry was on Dr. Katz several times. His voice was basically perfect for a low-energy cartoon full of quivering neurotics.