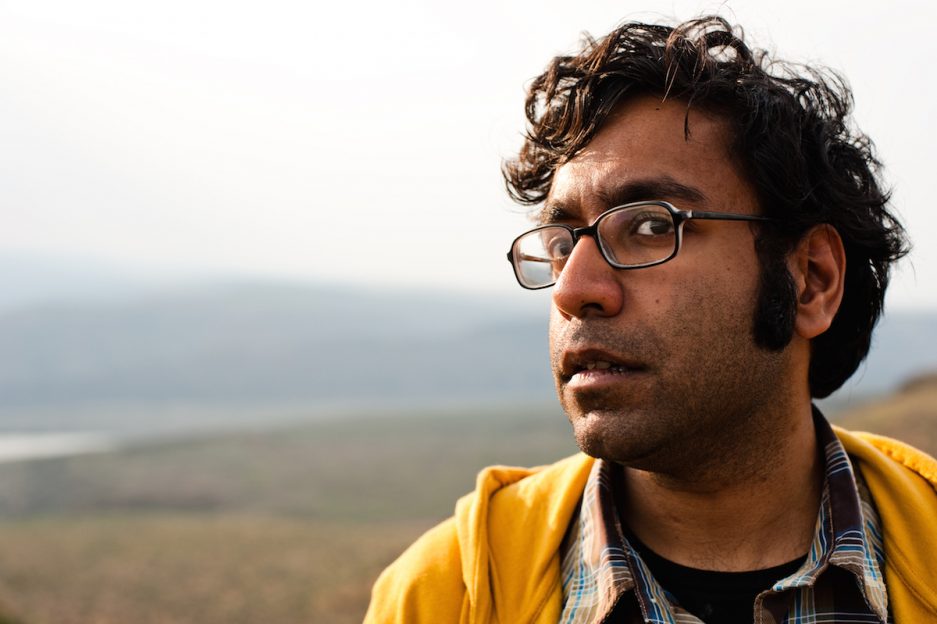 Rising-star comedian Hari Kondabolu has performed on Jimmy Kimmel Live, Live at Gotham, John Oliver's New York Standup Show, and has his own "Comedy Central Presents" special. Head out to Helium Comedy Club this weekend to see his act in person in a show that's sure to keep the belly laughs rolling. Watch him on Conan before you go: Friday-Saturday, August 28-29, 7:30 pm, $22, Helium Comedy Club, 2031 Sansom Street. 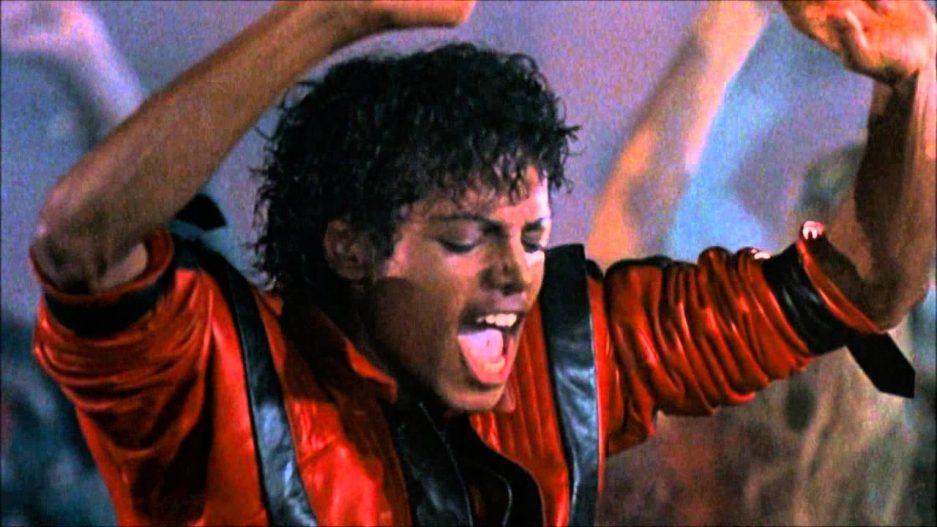 Roller skate to some of the best boogying music ever made Friday night at Blue Cross RiverRink Summerfest's Michael Jackson night. Besides tunes and skating, there will be an MJ impersonator, "Thriller" dance lessons, a screening of Michael Jackson movies and giveaways that will include—yes, you guess it, fedoras and sparkly gloves. You know you want one. Friday, August 28th, 6-9 pm, free, Blue Cross RiverRink Summerfest, Columbus Boulevard at Market Street. 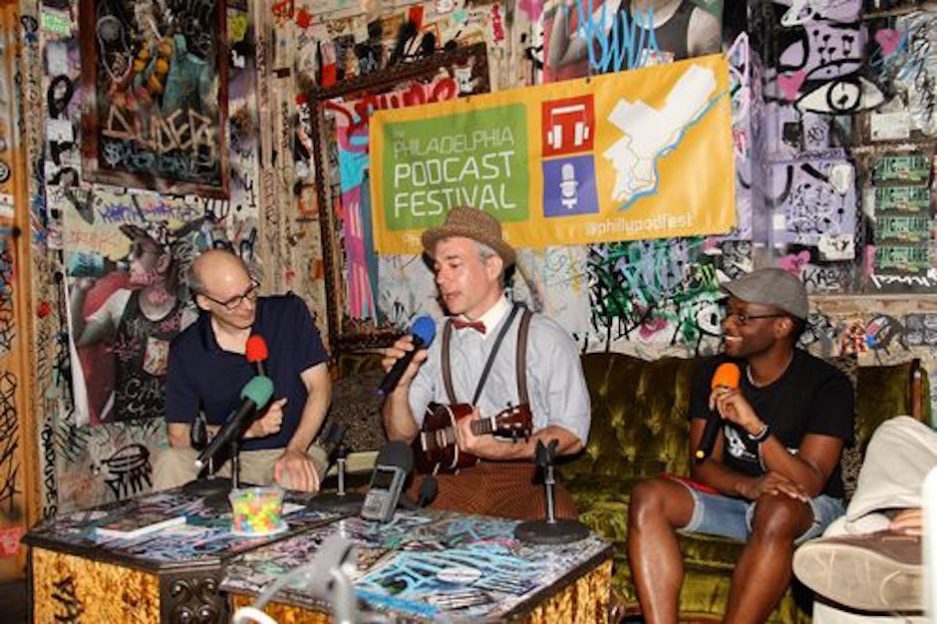 The six-day, two-weekend-spanning Philadelphia Podcast Festival kicks off Friday at Tattooed Moms with a schedule that aims to "entertain and educate you using the digital medium of podcasting." All weekend, Philadelphia podcasts, like Stark Raving Mad, Talking Nerdy and RUD2F, will film live at the South Street dive bar, so you can not only join in the fun (with beer!) but see what happens behind the scenes when these shows are made. Plus, you may walk away with a few new favorite downloads to accompany you on the way to work every day. Friday-Sunday, August 28-30, various prices (mostly free), Tattooed Moms, 530 South Street. 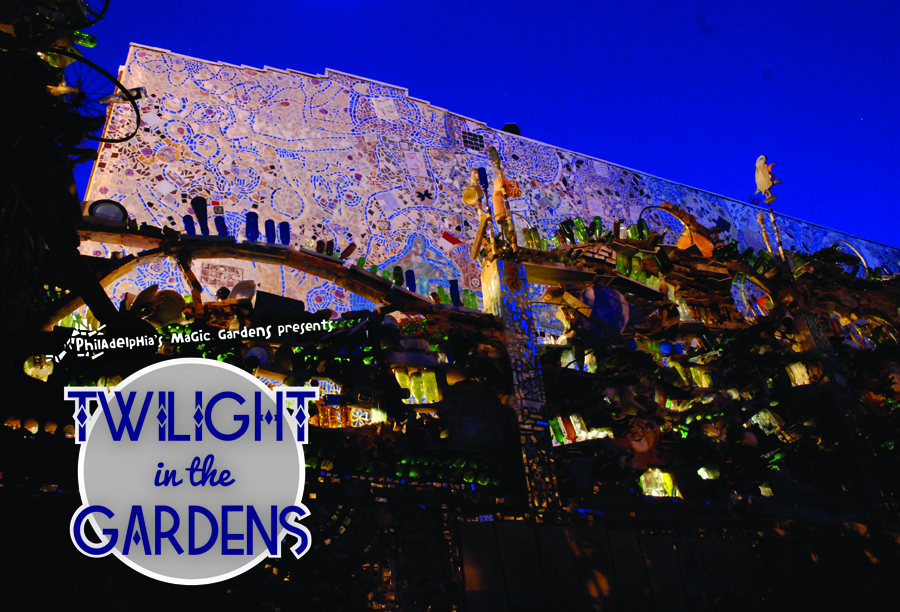 August Twilight in the Garden

For metaphysical science buffs, the Magic Gardens is hosting an event that is bound to open your spiritual chakras. Join Twilight in the Gardens and enjoy experimental pop music and fiber-art classes this Friday evening. Local band My Son Bison will mix catchy tunes while Fiber Artist Stefanie Fuoco teaches a class on how to weave your very own textual fiber. Take part in an Instagram hunt for a chance to win prizes, join a guided tour through the Magic Gardens, and remember to bring your own booze, blankets and snacks. Purchase tickets online here. Friday, August 28th, 7 pm, $15, Philadelphia Magic Gardens, 1020 South Street. 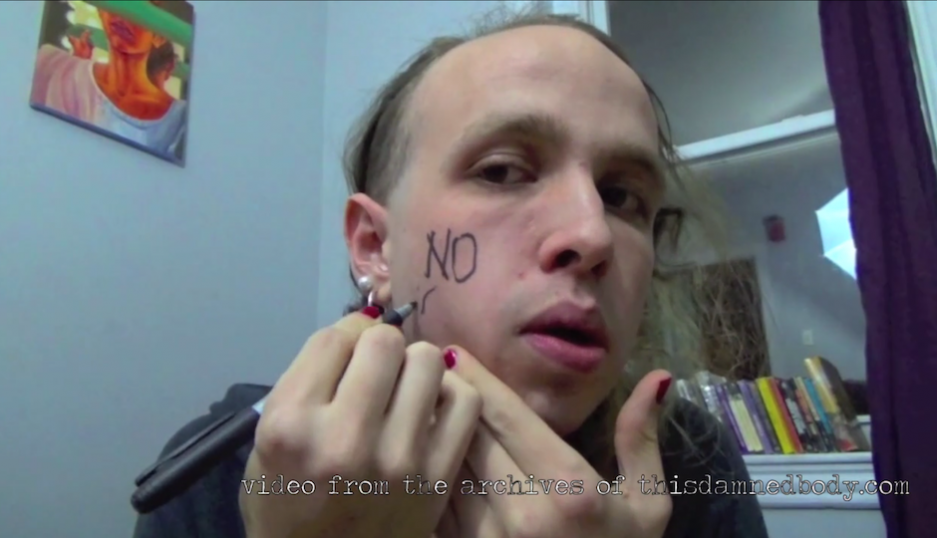 This Damned Body is Carved Out of Meat

[redacted] Theater Company will present an archival performance of gender transition at the FringeArts Festival. This Damned Body is Carved Out of Meat is the first of three theatrical components to document the life of transgender performer Swift Shuker. Shuker is currently in the beginning stages of transitioning from a male body to an androgynous one. This Damned Body will document Shuker’s transformation in real time. Should be quite stirring. August 28-30, times, free, Maas Building, 1325 North Randolph Street, 5th Street Entrance. 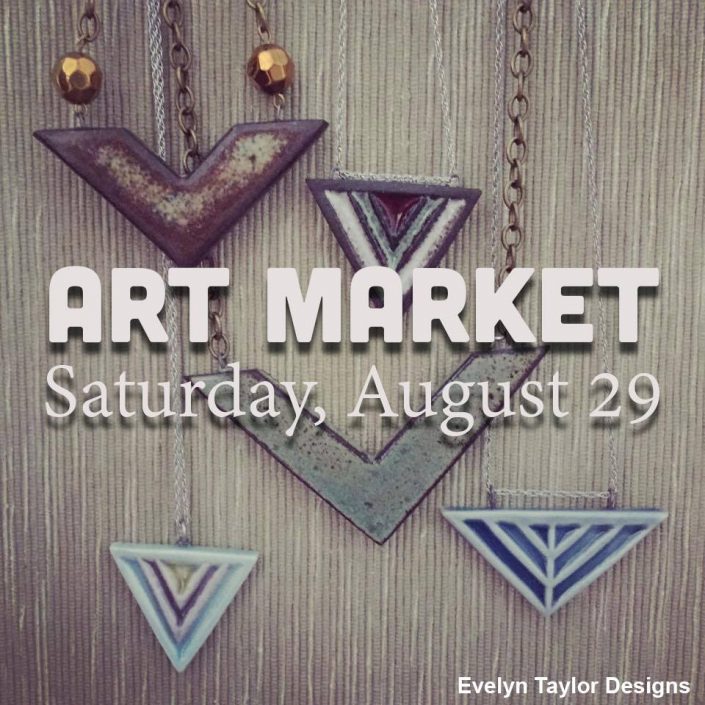 After some rescheduling, the long-promised Art Market at Point Breeze Pop-Up is finally—really, really truly—here. A lineup of local artists, like Kate Transue, Adorned By Aisha and Shirsty Cat Designs, will be on site selling wares (early Christmas shopping, anyone?). Point Breeze Pop-Up will provide drinks, a host of sour ales, and there will be grub courtesy of Phoebe’s BBQ and Sweet Lavender. Saturday, August 29th 12-6 pm, 1622 Point Breeze Avenue. 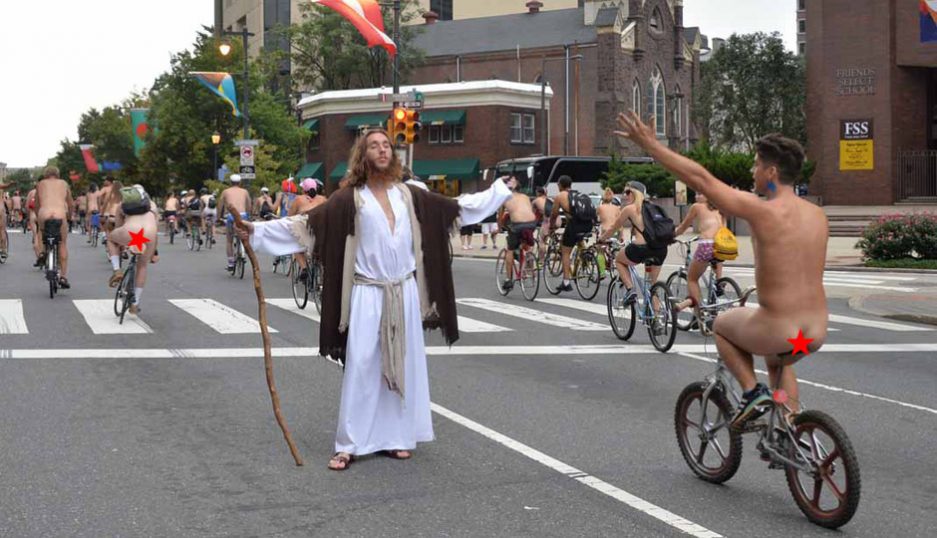 The Philly Naked Bike Ride kicks off this weekend at Martin Luther King Drive, just beyond the Sweetbriar Drive intersection. There, nude-happy guests will enjoy a host of pre-ride activities, like body painting and a mechanical area for any bike fixes. The ride kicks off at 3 pm. They'll meander along the Schuylkyll, loop around 30th Street Station, Rittenhouse Square Park and City Hall and end up at Jefferson Square Park. Afterward, the riders and guests will meet for a handful of after parties, including the Warehouse, the Bike Stop and Shenanigans. More information can be found here. Saturday, August 29th, 12:30 pm (pre-activities), 3 pm (ride), after parties into the night. 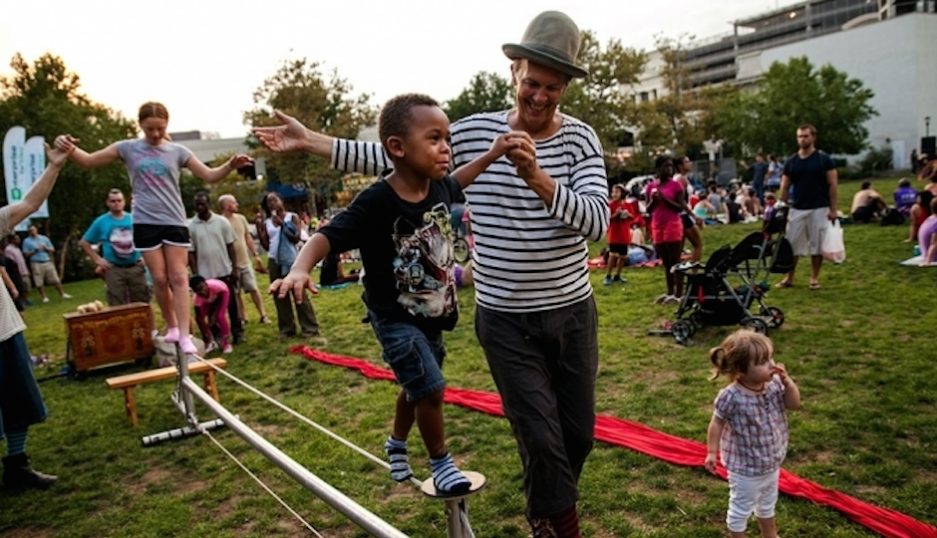 University City District, Penn, and the Rotunda are teaming up to provide yet another Summer Series. The grassy knoll behind West Philadelphia Free Library will be transformed into an eventful carnival setting complete with live music, arts and crafts, and street performers. It's fun for the whole family. Saturday, August 29th, 6 pm, free, University City District, 3940-42 Chestnut Street. 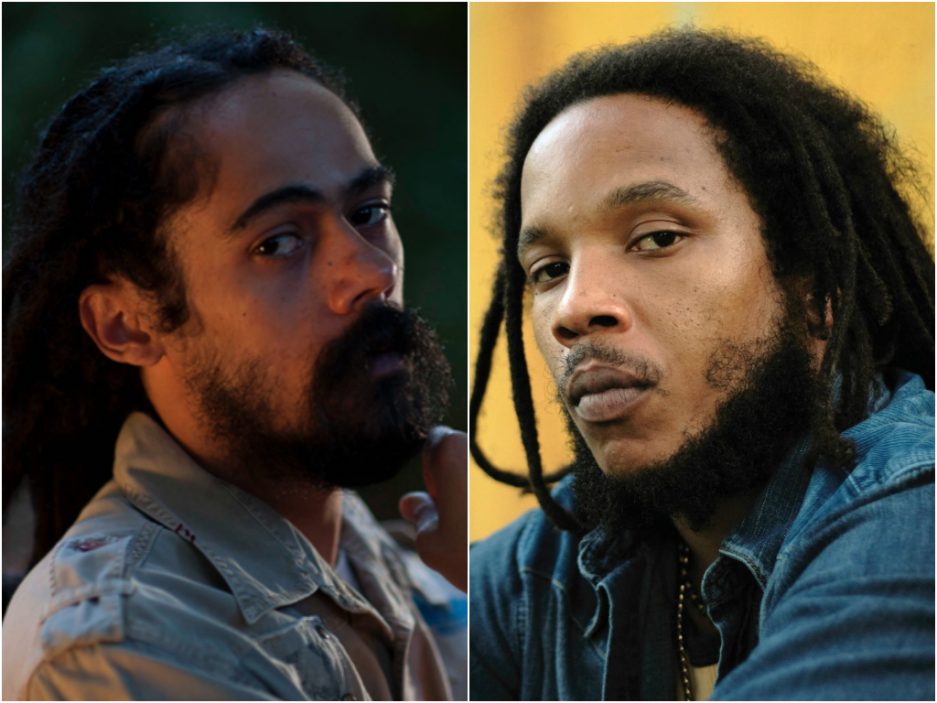 Marleys at Reggae Fest at the Mann Center

The good news for all you reggae fans is that Philly welcomes Stephen “Ragga” Marley, Bob Marley’s second son, Damian “Jr. Gong,” Bob’s youngest son, and Jo Mersa, his grandson, this Saturday as they kick off their Catch a Fire tour at the Mann Center’s Reggae Fest. The bummer is we don’t get even more of the Marleys: No Ziggy, Julian, Ky-mani. Check out our Q&A with Stephen here, where he chats about the show and his touching impressions of Philadelphia. Festival doors open at 2:30 pm, Reggae Fest starts at 3 pm. Tickets are now on sale here and the Mann box office, located at 52nd Street and Parkside Avenue. —Sarah Jordan

Hungry, hungry hippos can be found at the Adventure Aquarium. Join the two-ton Nile beauties at Hippo Haven during a feeding and enrichment session in celebration of Hippo Awareness Weekend. Get up close and personal for some nose-to-nose fun with resident Nile, Genny and Button, visit special information tables to learn more about the animals, and purchase hippo merchandise that includes hippo artwork, love bracelets and stickers. All proceed from the merchandise table will go to the Turgwe Hippo Trust in Zimbabwe. Saturday-Sunday, August 29-30, 10:30 am, $25.95, Adventure Aquarium, 1 Riverside Drive, Camden. 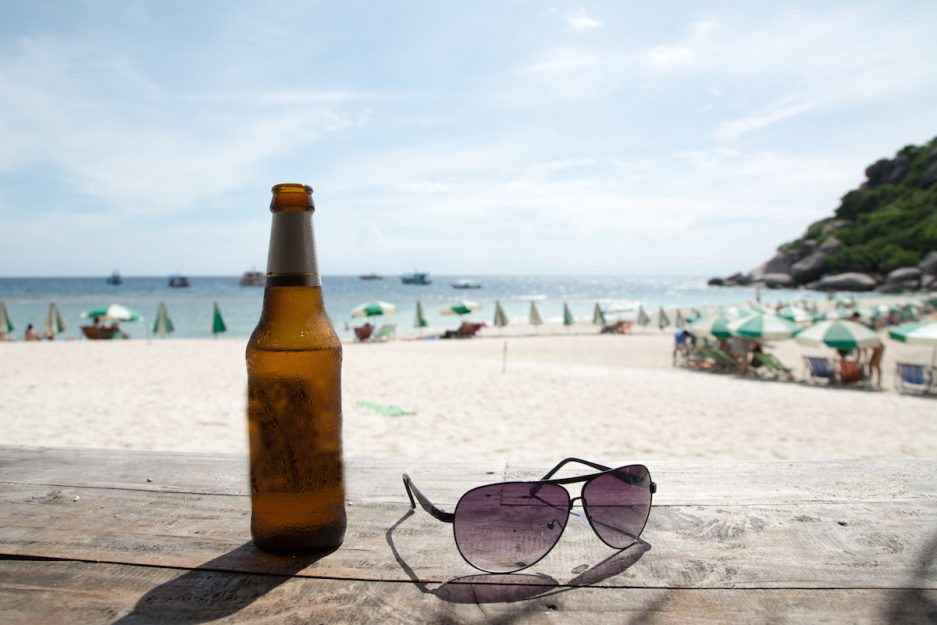 Brews By The Bay Beer Festival

Enjoy chilled spirits and a misty breeze by the Bay. The Delaware Brewers Guild and New Jersey Brewers are partnering to bring you the Brews By The Bay Beer Festival. Kickoff will take place in Cape May, New Jersey from 11:30 am to 3:30 pm. Then head south where the festivities will continue in in Lewes, Delaware from 4 pm to 8pm. Attendees can expect craft beer from over 20 breweries, live music, fare provided by local vendors, and yard games. Saturday, August 29th, 11:30 am, $45 for one state, $70 for two states, various locations. 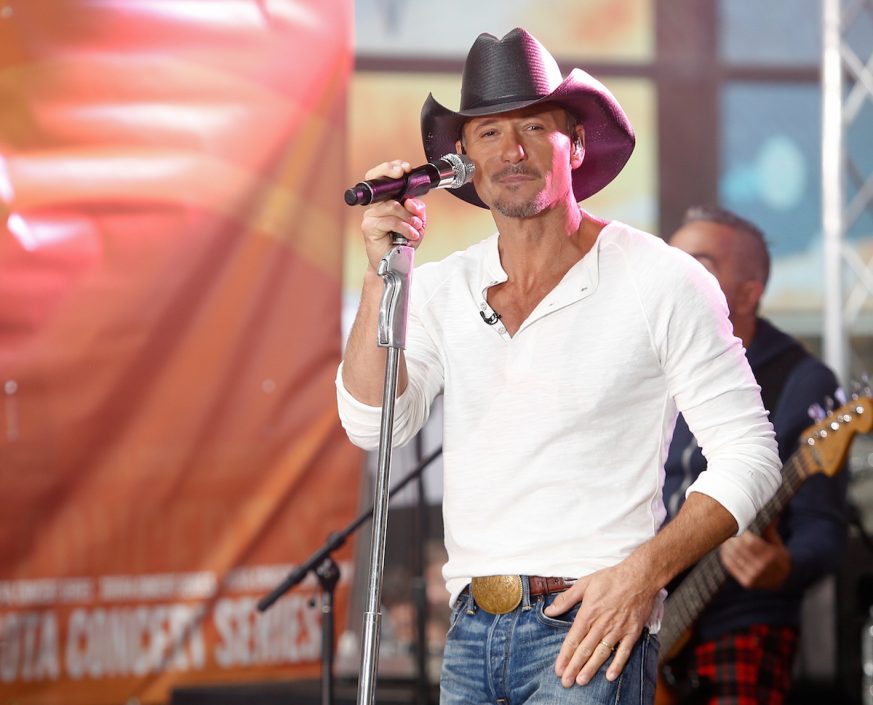 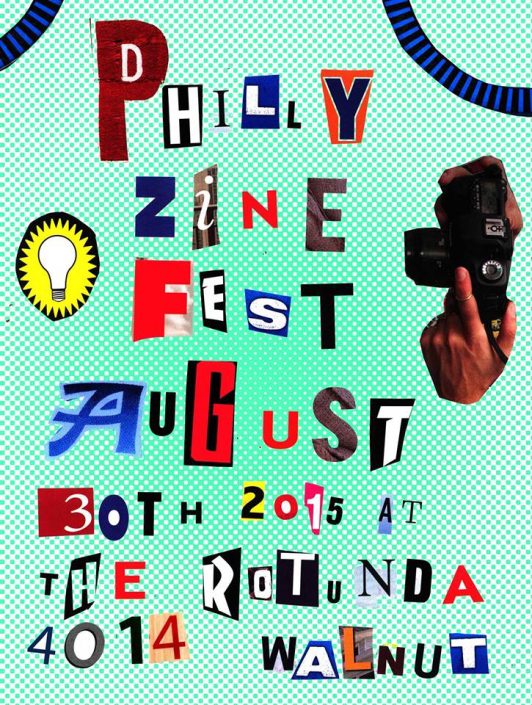 Philly Zine Fest at The Rotunda

If you’re a fan of zine culture, get to Philadelphia’s festival of small presses. The festival will feature "radical, informative, and even humorous publications" from folks like Jo-Jo Sherrow, Derek Marks and Benji Nate. Sunday, August 30th, noon-7 pm, the Rotunda, 4014 Walnut Street. 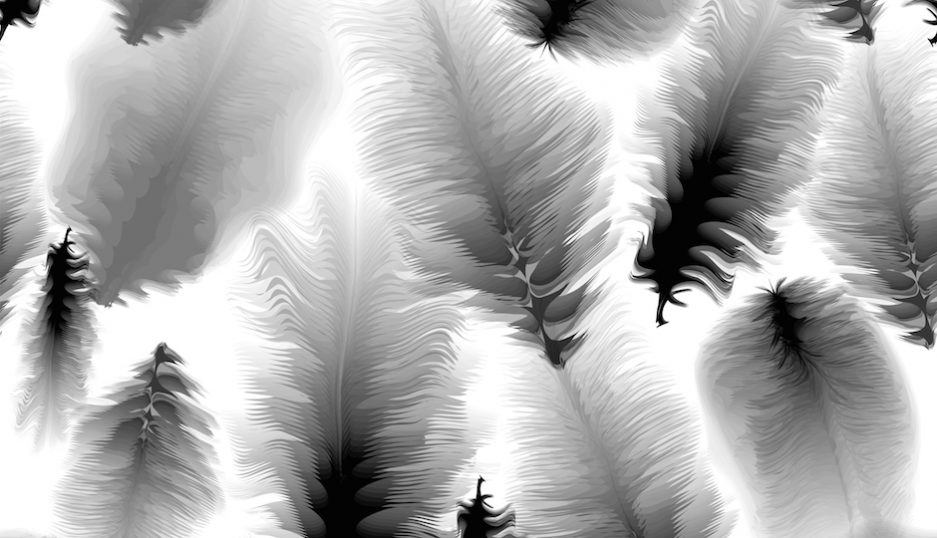 Bartram's Gardens offers an art class that's sure to leave an impression. Attend a workshop on nature printing, an artistic process that uses natural subjects, like leaves and rocks to imprint beautiful images on malleable canvases. Join professional artists Heather Rinehart and Alina Josan as they teach a class on the 18th-century printing processes that have been practiced by famous American botanists. Participants will create their own nature print using the special techniques taught during the class. Sunday, August 30th, 1 pm, $18, Bartram's Garden, 5400 Lindbergh Boulevard. 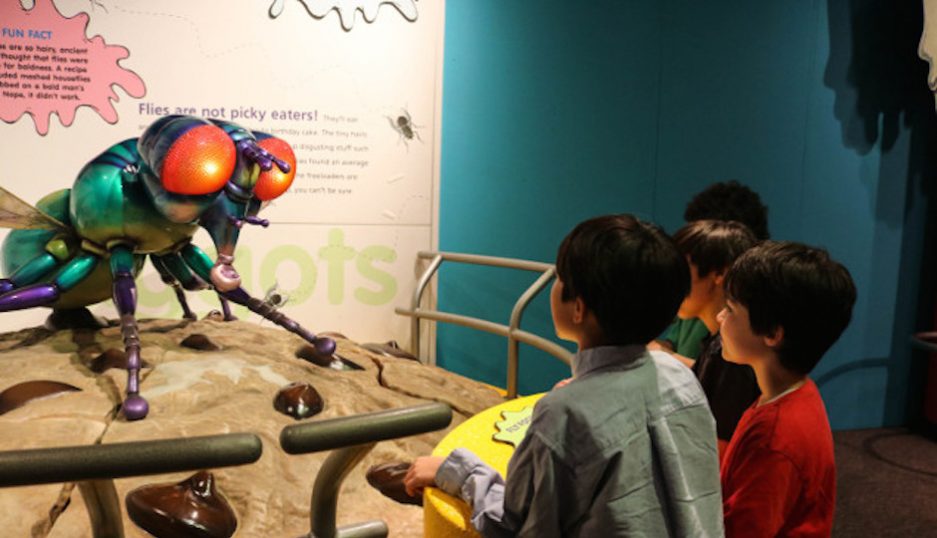 The Academy of Natural Sciences gives kids a chance to experience all the grossest things that animals do—in 3-D form. "Animal Grossology" is an exhibit that is based on Sylvia Banzei's best-selling children's book series Grossology. Fly vomit, snail slime, cow cud and animal behaviors humans may consider nasty all serve a natural purpose. Discover these purposes at the interactive and slightly off-kilter exhibit that closes after this weekend. Open till Sunday, August 30th, 10 am, $5, The Academy of Natural Sciences, 1900 Benjamin Franklin Parkway. 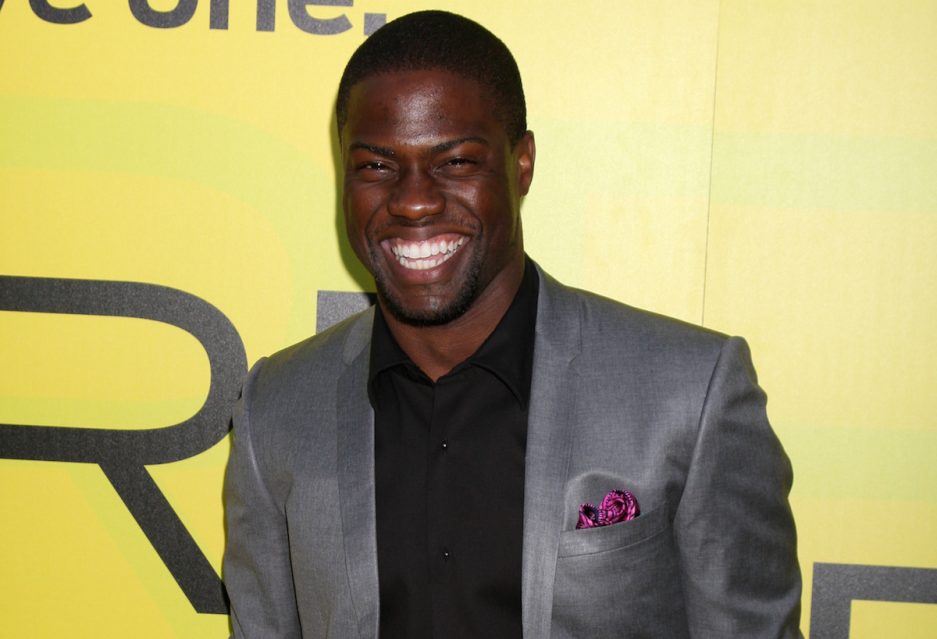 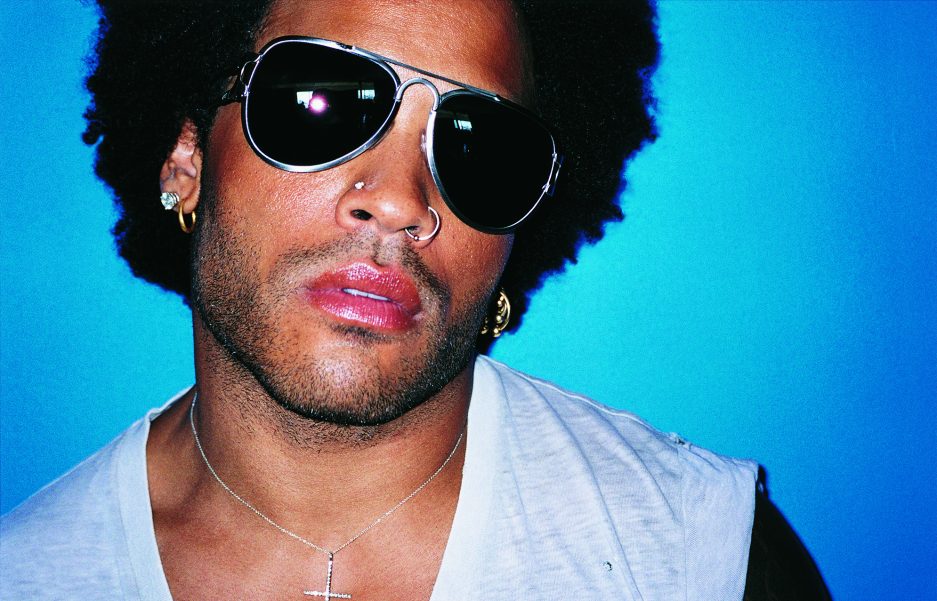 Lenny Kravitz at the Mann Center