Subaru Stories: The Impreza That’s Part of the Family 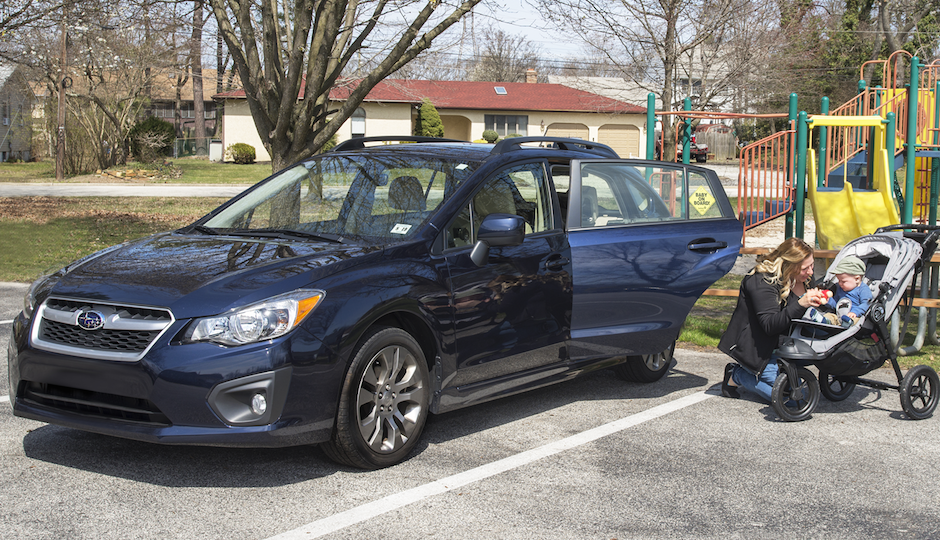 Three years ago, Stephanie Lemke’s life looked very different than it does today. When Lemke and her husband, Bryce, originally made the trek to purchase their 2014 Subaru Impreza Sport in Connecticut they were originally on the hunt for a sporty car with a manual transmission that would be just big enough to pack up their dog for weekend camping trips. Now, that same ‘deep sea blue pearl’ Impreza is what they hope will be their child’s first car.

“Our once cool sporty car now has traded camping gear and snowboards for car seats and strollers,” says Lemke. “We wouldn’t have it any other way.”

Over the course of the last year, Lemke is learning how to balance the being a busy healthcare professional, wife, and most importantly, mom. By day she’s a medical secretary for the Joint Replacement Institute at Virtua, but when she heads out of the office she’s working on her packing skills–filling her Impreza with everything her entire family (dog included) will need for an off-road adventure.

“We wanted a car that was sporty enough to suit us in our mid-20s but would grow with our family as we started to have kids,” she says. “Because my husband and I are pretty active (camping, softball, church ministry, golf, hiking) and we love taking our dog everywhere with us, the Subaru Impreza just made sense.”

But Lemke’s Subaru isn’t just getting her places, it’s also creating memories she hopes to pass down with the car when her son is old enough to hit the road.

“My husband and I love drives with no radio,” she says. “When we have long road trips we tend to look back on the past years and how far we have come, and always take time to dream about our future–family, traveling, and growing old together.”

Lemke admits her choice in car was a sentimental one as well. Subaru’s were her grandfather’s choice ride for most of his life.

“I knew he would have been proud of our decision,” she says.

So, as her family grows, and her life continues to change, Lemke says her car is the one part she trusts to be there through the next chapter of her life.

“I don’t think I’ll ever be able to let it go because of the sentimental value it has already accrued in just three years of owning it,” says Lemke. “It’s also the car we brought our baby home from the hospital in almost a year ago–that memory will never fade.”