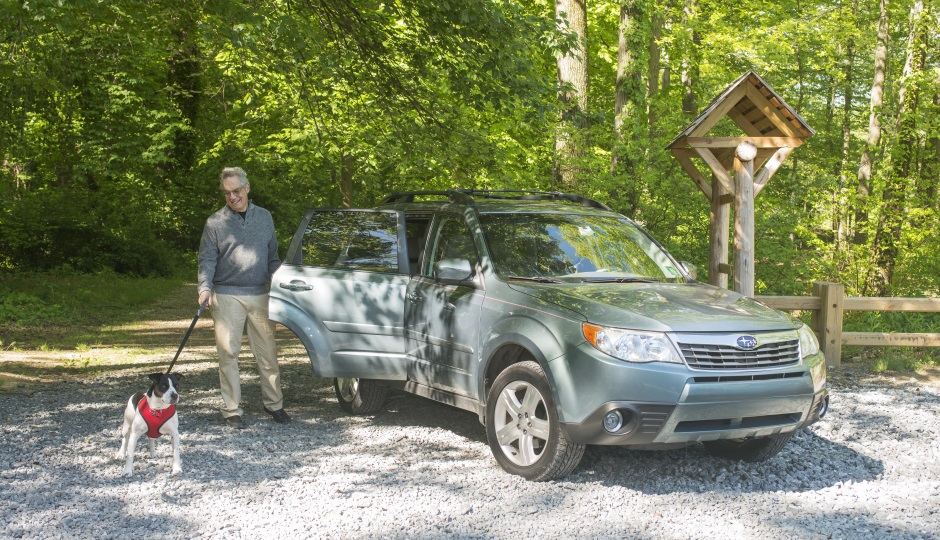 Richard Selznick doesn’t always know where he’s going when he hops in his Subaru Forester in the morning. On the weekdays, like most busy healthcare professionals, he likes to start his day with a hot cup of coffee and the radio tuned to his favorite station on the way to Cooper University Hospital. But, on the weekends, that’s where his navigation isn’t always set to a clear path, those are the days where he lets the destination up to his (or his passenger’s) discretion. Which is why, he says, he likes to keep his car a little messy.

“Almost always you can find the following items in my car: Golf clubs, tennis rackets, fly fishing rods, my fishing license, a cup of Dunkin Donuts coffee (that may or may not be hot), a bag of popcorn, and dog treats,” says Selznick. “I marvel at people who keep their cars pristine.”

Although he admits he’s not “the most vigorous outdoorsy type,” Selznick likes that his Subaru is always ready for the adventures he decides to try and that it pushes him to try new hobbies, see new places, and go a little further into the woods.

As the psychologist and director of the Cooper Learning Center at the Department of Pediatrics at Cooper University, most of Selznick’s days are spent helping children and their parents learn how to overcome reading and learning disabilities. He’s penned three books on the topic, and a champion for the “underdog” child, just like his father was before him.

“It’s kind of the family business–it doesn’t make you rich, but I’d like to believe I’ve changed a few kids lives along the way.”

Out of the office, he and his wife Gail take their dog, Ella, along with them for adventures in their Subaru. Sometimes their journeys are short with a purpose, other times there’s no timeframe at all. And that’s what makes them amazing.

He takes drives from South Jersey to Lambertville just because he likes the view. He takes the longer route to hear new songs on the radio he might not have heard before. He seeks solace for a place to pick guitar. He walks along the Delaware canals in search of little pieces of history that have stood the test of time.

“I’m passionate about finding signs of history, especially the Revolutionary War,” he says, “I always try to imagine the troops marching in the dead of winter along the river road.”