Subaru Stories: From Climbing the Catskills to Kindergarten Drop-Offs 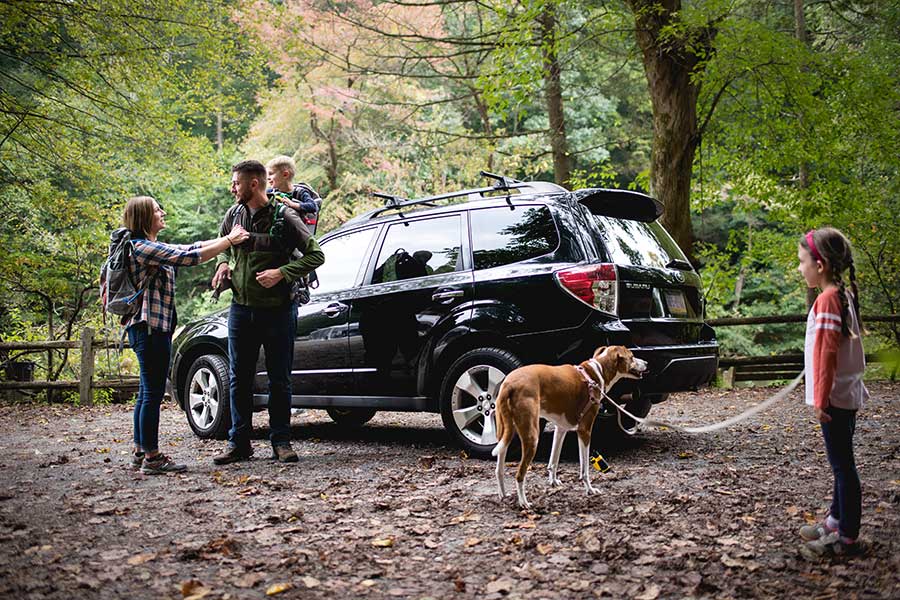 Subaru owners are fanatically loyal adventurers–signaling each other with a peace sign salute as they pass and referring to their cars as ‘Subies.’ Subaru Stories follows the journey behind Philadelphian health professionals connected by a common thread: Their car. Where it takes them after work? That seems to be very different…

When Dan Evans, the Director of Rehab Services at Hahnemann Hospital, first bought his Subaru Forester in 2009, he was looking for a car that could keep up with his and his wife’s adventurous lifestyles—hikes in the Catskill Mountains, surfing in North Carolina and skiing in Vermont. What he didn’t realize is that his car would prove to be used for much more than shuttling the thrill-seeking newlyweds from one excursion to the next. It would become his family’s safe haven, used to carry their babies home from the hospital, take family vacations to places near and far, and trek through whiteouts on their way upstate to visit their parents during the holidays.

“It’s become a member of the family,” Evans jokes when referring to his beloved Subie. But it’s not just the adventurous outings it’s proven useful for. “I’ve never missed a single day of work because of weather,” he says with a smile. “I went in during Hurricanes Sandy and Irene, crazy blizzards and the bomb cyclone last year, when others couldn’t even make it out of their driveway.”

It’s an essential obligation for Evans, who’s on-call to work with patients recovering from an illness or injury learn to speak, walk and go about their normal functions again in the language pathology and physical therapy departments. It’s also no easy feat when his commute involves safely navigating the sometimes-slippery slopes of Roxborough. “I don’t hesitate to hit the hills at all,” says Evans. “I just breeze on up and down.”

When he’s not braving the elements to make it to his job, he’s out on an adventure with his wife, Alicia, his two kids, Finley and Danny, and his pooch, Kona. On the weekends, the family frequents nearby Wissahickon Park to explore the trails and take in some fresh air. “We love to escape, explore, and spend time reconnecting in nature,” he says. He also uses the time to teach his kids about their potential. “I think you learn a lot about yourself when you’re hiking,” says Evans. “What your limitations are, and that you’re going to face obstacles but will overcome them with time. Little Danny is climbing rocks he couldn’t reach just a few months ago,” he shares proudly.

Although as Evans’ children grow and learn, one thing remains the same—their mode of transportation. “Our Subaru’s transitioned well in life,” he says. “It’s always fit our family perfectly.” Between memorable trips to New Hampshire with a pregnant wife and two-year-old daughter, to weekend trips to soccer practice, a lot of memories have been made in their car.

But perhaps his most meaningful Forester ride took place this fall—dropping Finley off for her first day of kindergarten. “It’s kind of bittersweet,” he says. “I drove her home from the hospital in this car, and now I drive her to school every day—I can’t wait to see where it takes her next.”