Subaru Stories: From the Overnight ER Shift to Bike Rides Down the Shore 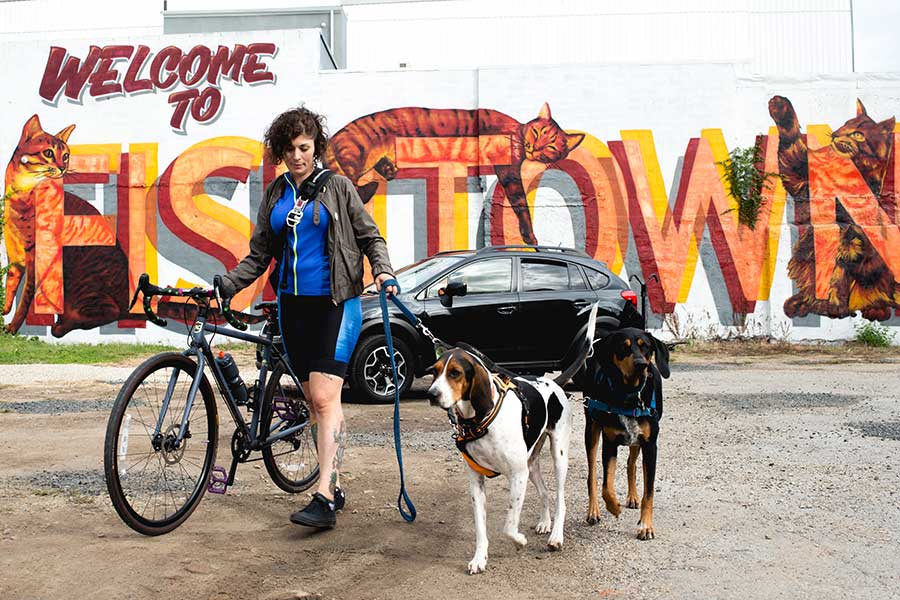 Subaru owners are fanatically loyal adventurers–signaling each other with a peace sign salute as they pass and referring to their cars as ‘Subies.’ Subaru Stories follows the journey behind Philadelphian health professionals connected by a common thread: Their car. Where it takes them after work? That seems to be very different…

In 2007, Texas native, Sara Porter flipped a coin to decide where she would move next—Philly or Seattle. When the coin landed on heads (Philly) she had no idea what kind of conditions she’d be getting herself into. Small city streets, parallel parking, sleet, snow and ice—these were all things she had yet to encounter. As an ER nurse at Hahnemann University Hospital, Porter knew she needed a car that could keep her going through the east coast winters, stat. She decided on a used Subaru Outback to shuttle her to and from work in the treacherous conditions.

“That was one of my biggest needs—I live in South Philly, so if it snowed, I couldn’t get there,” says Porter. “Driving in my Subaru, I know it will get me there—it’s reliable, it’s safe.” Once it was time to retire that Subie, she moved on to her new 2017 Crosstrek.

Porter’s spontaneity doesn’t stop at making a cross country move—she’s always down for a little adventure. She needs a car that can fit her and her husband Patrick’s active and impromptu lifestyle. Whether they’re setting off for a concert in Fishtown, or taking trips out of the city to hike, bike, and camp, Porter knows her Subaru will suit their needs just right. Her favorite feature? “The turning radius!” she says. “I can get into even the tightest South Philly parking spots in the Subaru, no problem.”

On the weekends, it’s off to Timber Creek to hit the trails with their two hounds, Birdie and Gracie. “They’re big dogs but the backseat has enough room for the two of them to lay down—they usually take a little snooze after long walks or during long car rides,” says Porter. But her favorite use for her Subaru by far is carting around her bike.

In September, she participated in the Bike MS: City to Shore ride accomplishing a longtime goal of hers and raising money for Multiple Sclerosis research.  “It was something I’ve always wanted to do,” says Porter. “It was definitely on the bucket list.” But after the 2-day, 75-mile trip, Porter was perfectly content to slide into her comfy Subaru for the drive home.

As for her next adventure, that’s still up in the air. “I cried when I had to let my Subaru Outback go,” laughs Porter. “I’ll do the same with my Crosstrek!” There’s one thing she knows for certain—she’s a Subaru girl for life.