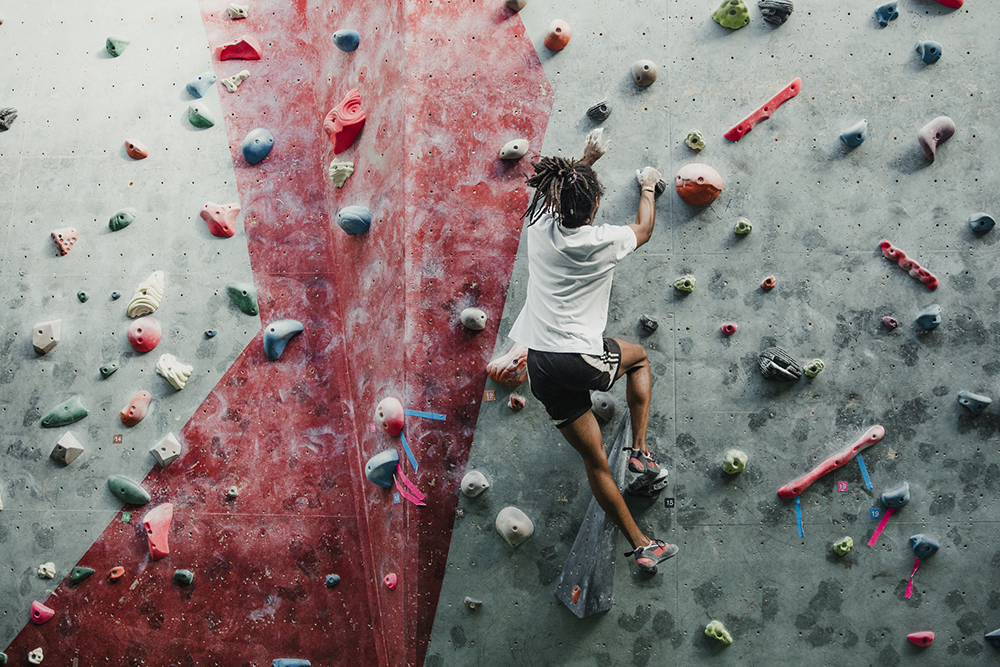 Running marathons and perfecting yoga flows help some people stay fit, but pounding the pavement and attempting lotus position doesn’t do it for everyone. If you’re looking to get more active (the Centers for Disease Control recommend aiming for at least 150 minutes per week!), give these alternatives a shot.

Somewhere between 1,000 and 1,500 people try climbing for the first time every single day in the U.S. alone—and there’s no shortage of climbing gyms near Philly to add yourself to the count. The Cliffs at Callowhill’s 39,000-square-foot facility—the largest in the city—opened last year. Reach Climbing in Bridgeport also unveiled its 55-foot walls this spring. This vertical-minded sport is no joke. Climbing trains most of your body’s 656 muscles, according to the International Federation of Sport Climbing. Try your hands (and feet) at the discipline before it makes its Olympic debut in Tokyo next year.

While sport climbing just made it to the Olympic level, fencing is one of the five sports that has always been contested at the modern Games. Get inspired by hometown hero Maia Weintraub—one of the top-ranked fencers in the world—and give this physical and mental workout a whirl. Athletes burn approximately 10 calories per minute when competing! The Fencing Academy of Philadelphia offers adults and family classes for all skill levels from beginner to world champion. If epee, foil or saber don’t strike your fancy, there’s always Battlesword Philly in East Falls. The sword-fighting studio offers “a mash-up of fencing, martial arts and live-action role-playing” complete with protective armor.

Instead of striving toward a 5K, try stepping up to a higher goal. Philly has hosted a number of organized stair climbs, with recent events scaling local landmarks like Citizens Bank Park, the Philadelphia Art Museum and Three Logan Square (formerly the Bell Atlantic Tower). Whether you train on a stair stepper or ordinary flights, the benefits stack up. This efficient, low-impact cardio workout engages more muscles than just walking or running alone and simultaneously trains your balance. Stair climbing is even linked with lower mortality rates, according to a 2019 Harvard study.

You’ve seen crew teams launch their racing shells from Boathouse Row, but they’re not the only watercraft cutting through the Schuylkill. Powered by up to 20 paddlers, dragon boats rely on teamwork and muscle to power their boats through races of varying lengths. Crews can consist of all men, all women or both. Join a local team and expect a mix of both water (paddling) and land (conditioning) practices. Then test your stuff at the next Philadelphia Dragon Boat Festival.