The Fencing Academy of Philadelphia product could make a splash at the 2020 Olympics in Tokyo. 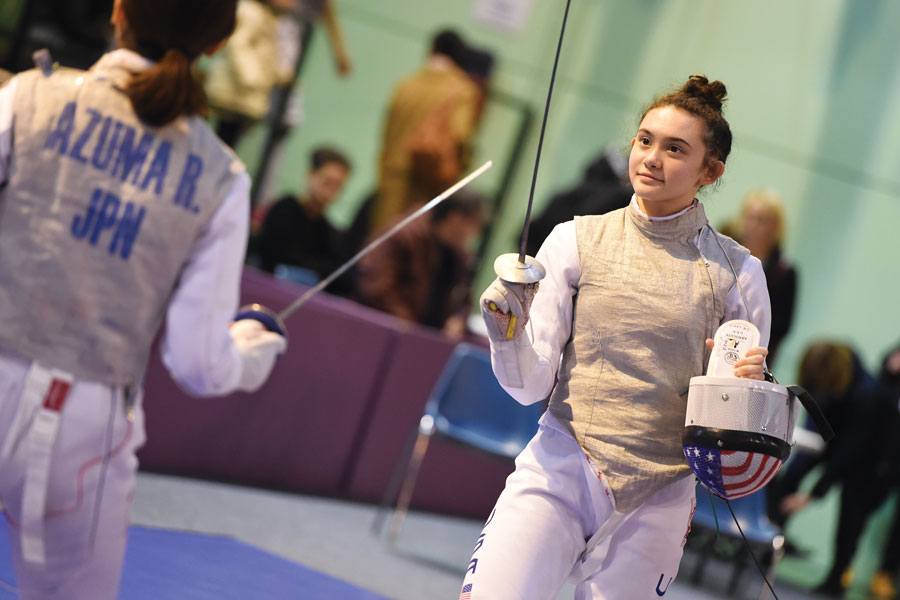 Adi Nott is kind of a big deal in fencing. A four-time All-American at Notre Dame and a member of the 2011 U.S. women’s foil team, the 32-year-old is an assistant coach at Penn. After presiding over practice there on a nor’easter-drenched evening last October, she pedaled over to Powelton Village — to pick a fight with a kid.

But Maia Weintraub isn’t any kid. The 17-year-old standout at the Fencing Academy of Philadelphia is a big deal, too. As of press time she’s 11th in the world junior women’s rankings in foil, one of fencing’s three disciplines, and was at the academy that night specifically to engage Nott, still nationally ranked, in a spirited scrimmage. She won, 15-11.

It wasn’t a huge surprise. In April 2019, Weintraub became the youngest fencer in nine years to capture the U.S. national championship. In November, she took bronze in a London Junior World Cup. In December, she secured a top-32 finish at the Senior World Cup in Paris. And in February, she finished in the top 16 in the Kazan World Cup in Russia (watch her in action there below), all of which could land the junior honors student at Friends Select a spot on the 2020 Olympic team.

“Fencing masters discuss intelligenza di scherma, Italian for being able to think the sport,” says Mark Masters, the academy’s director and chief instructor. “Maia has it.”

Weintraub began fencing at nine at the urging of her paternal uncles, Adam and Joshua, both former Harvard fencers. She thrives on training, loves competition — “There are no friends on the strip,” she says of fencing’s narrow competition mat — and doesn’t mind trekking to Manhattan three times a week to seek top-flight practice partners at the renowned Fencers Club.

“It requires a lot of time management,” she says. “I’m not the best at staying focused.” On the strip, though, she’s focus personified. Since only four U.S. women will qualify for the 2020 Games in Tokyo, Weintraub must win at least a couple of competitions over the next few months to improve her ranking (and the February Kazan results should help greatly). If she doesn’t succeed, she’ll target 2024, when she’ll be in college. (The NCAA’s top fencing schools are recruiting her enthusiastically.) She expects to build size, strength and athletic ability over the next four years, all of which will improve her Olympic chances. Not that she seems to care.

Weintraub has fast hands and great technique, is aggressive on the attack, and can calmly solve and counter her opponents’ strategies quickly.

Published as “En Garde!” in the March 2020 issue of Philadelphia magazine.