Philadelphia is a hoagie town—and, man, are we proud of it. That’s why Dietz & Watson is asking you to cast your votes for the best Real Philly Deli this summer. Delis from all over Philadelphia, and the tri-state area have submitted their very best hoagies and are asking you to pick your favorite. Go here to make your selection (and receive a special coupon as thanks!).

When frequenting the Jersey Shore year after year, many of us fall into the same routine: load up the vehicle, hightail it to the summer rental and lay on the beach indefinitely. Lazy beach lounging is a hallmark of the season, of course, but why not try switching up your summer hangouts? One way to do that is a deli crawl. Here are three New Jersey delis and destinations to swing by before, after or in lieu of your Shore trip.

What to Eat & Where to Eat It Up the ante on your shore eats by visiting Ernest and Son Meat Market in Brigantine before you hit the beach.

There, you’ll find their longstanding favorite, the Earnest Special, which is comprised of Dietz & Watson savory prosciutto and salami, fresh tomatoes, roasted red pepper, oil and oregano on a fresh Atlantic City roll.

While you’re in Brigantine, spend some time at Brigantine Beach. The rarely crowded summer locale doesn’t have a boardwalk, so you’ll want to come prepared with your Ernest Special, appropriate swimwear and towels. Plot your post and enjoy your sub! Next, drive north to Brick, New Jersey to taste the delicious eats at Jovo’s Deli including their submission for the Real Philly Deli contest, “The Champ.”

“We’re letting the name speak for itself,” states Kris Jovanovski, chef behind The Champ. It’s not a trip to Brick without a visit to one of the many nearby beaches, which are top-notch spots for seaside hoagie feasts. Other spots to visit include summer favorite the Lakewood Blueclaws Professional Baseball Club, where you can catch a minor league baseball game and enjoy family-friendly activities.

On your return trip to Philly, don’t miss Vid’s Deli, which is located just outside the city in Delran, New Jersey. Order the Pastrami Special, which has become one of the deli’s biggest hits. The simple sensation consists of pastrami, Swiss cheese, deli pickle (all Dietz & Watson!) on rye bread with coleslaw and Russian dressing.

Delran, though not a beach destination, has plenty to offer too. Laurel Run Park is an ideal spot to hunker down at a picnic table and eat your hoagie selection. Afterwards, you can enjoy a leisurely stroll around the park. 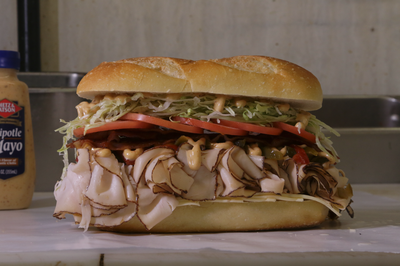 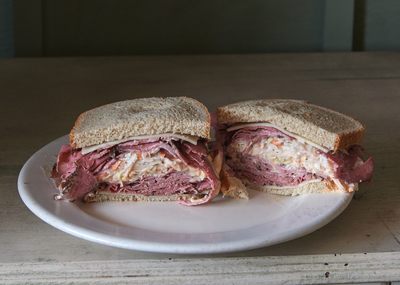 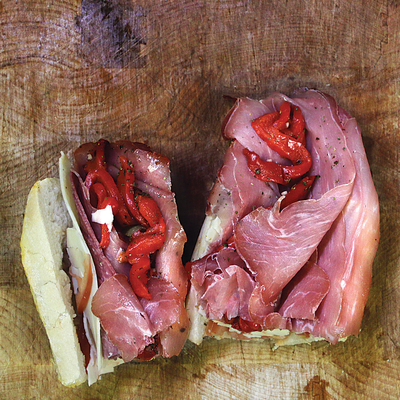 Hungry yet? Don’t forget to vote for your favorite Real Philly Deli!

Remember: you have until June 30th to cast your ballot.