Beyond the Zoom Call: This Communications Professor Has a Better Alternative to Video Chat 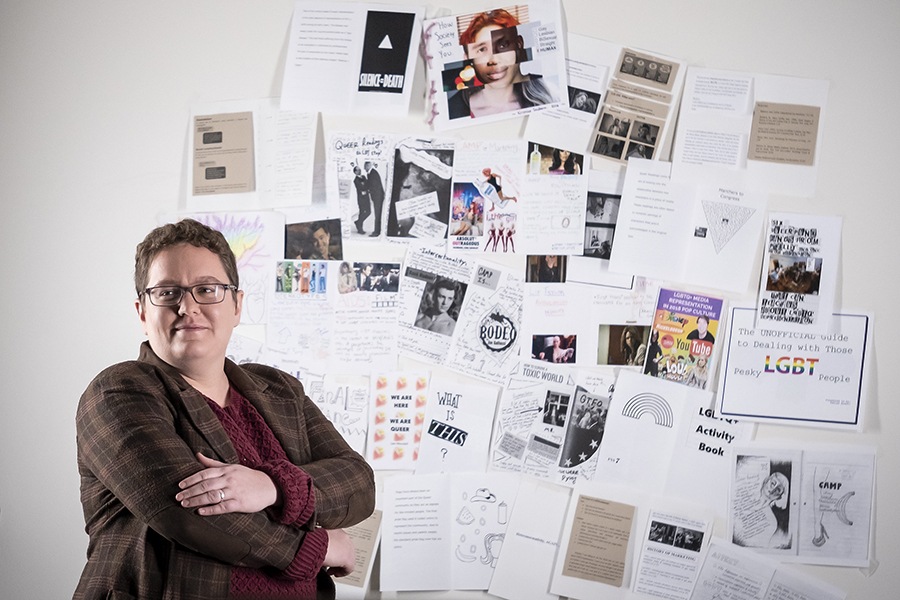 According to Adrienne Shaw, associate professor at the Klein College of Media and Communication, it is possible to take a random assortment of strangers, separated by any level of physical distance, place them in front of laptops, and watch a community emerge. Not just a group of coworkers getting along to go along, or a class of students showing up for the grade, but a vibrant community, where thoughts and concepts digitally zing back and forth, on the clock and off.

It’s a bold idea, but she’s seen it happen in her own classes, where students have bonded and inspired each other to such a degree, she argues, that there may be advantages to incorporating digital learning into class structures permanently. At a time when we are all trapped in the digital world, thinking there must be a better way, we sat down with Shaw to learn how she managed to bring together her knowledge of everything from communication theory to video games and make the dreaded online interaction a net gain for all involved. 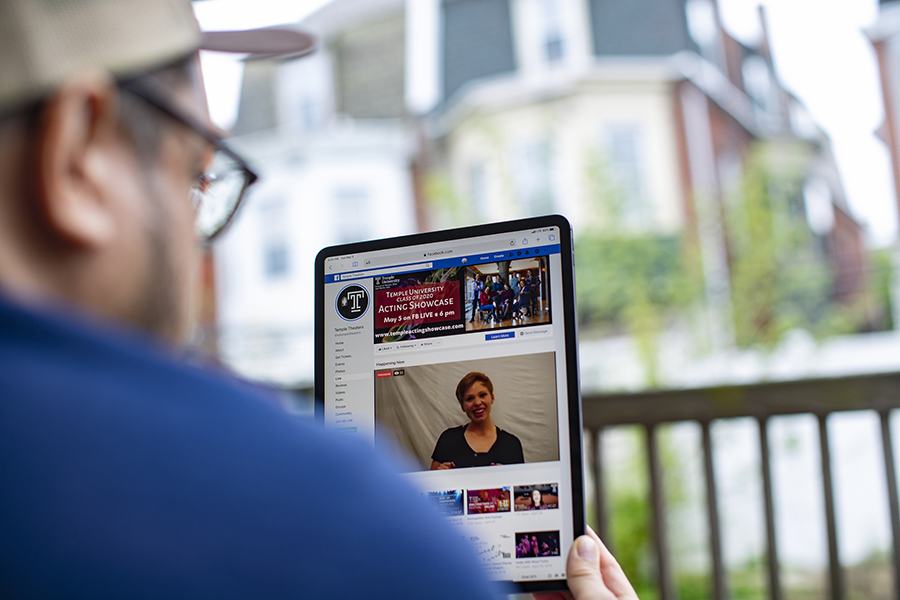 Some of the seeds of Shaw’s approach lie in her study of online games. As the founder of the LGBTQ Game Archive, which seeks to present the history of lesbian, gay, bisexual, transgender and queer content in games, she has experience in finding community in the (sometimes unwelcoming) digital world through shared activities.

“I used to play World of Warcraft with my researcher friends,” says Shaw, pointing to the way people would chat online as they tackled challenges together, as a good example of enabling real conversations centered around shared, real-time experiences. “Having tasks that you’re completing together, while also talking about other life things, that’s how you make connections with people.”

Online games allow many different people to collaborate simultaneously by providing multiple channels for communication. While one group might be focused on defeating a monster, another might be watching the battle and chatting about their daily lives on the side. This can create a community around the game, which dovetails with Shaw’s classroom experience.

“Normally in a classroom, as people come into the class, they have side conversations where people can share more about their personal lives and get to know one another, or can come up and ask me a question after class,” says Shaw. “I wanted to replicate that in my own classes.”

Using Slack, Shaw created multiple channels, one for classroom discussion, one for her office hours and one for personal stories. She then encouraged students to take a conversational approach to discussion by responding herself with concise questions and answers designed to encourage conversation. Students were drawn in by the chance to share, and found it easy to respond quickly on any device, whether their phone, laptop or tablet. Real organic conversations developed as a result.

A New Language for a New World

Online games not only offer different channels for conversation; they also offer multiple modes for communicating. Through chat boxes, headsets and even gestures made by the characters, players use what communication works for them in the moment to accomplish tasks and take part in the larger overall conversation.

“Being open to multiple modes of interaction is something that games have done for a long time,” Shaw says.

In Shaw’s experience, this not only encourages students uncomfortable with talking out loud, but is a good practical workaround for students who may have connectivity issues, or a loud home environment.

So, if you’re looking to make video calls a little more accessible, give people options. Allow everyone to use the chat function in parallel with the video calls. If someone is interrupted by a noisy household, or if they have a side note but don’t want to interrupt the main flow of the conversation, they can post it there.

And don’t demand that everyone be super formal. Hitting the like button, or even sending an emoji, is actually an efficient tool of conversation that replaces the normal body language of in-person conversation.

“In class people might nod or make agreement noises. My students were great at finding ways to replace that interaction,” says Shaw. 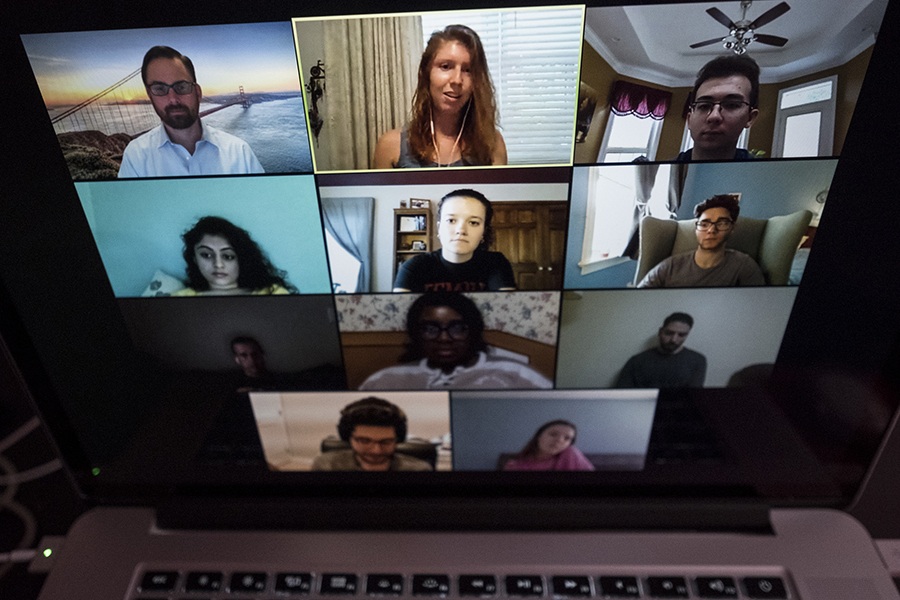 Staying Human, Despite the Screen

“In the spring, when we shifted to online, I was already teaching my class about online harassment culture,” Shaw says. “So the question became, how do we make this a kind, inclusive space?”

As any online game player will know, an active discussion is not always productive. Without that in-person contact, online interaction can be chaotic, and potentially antagonistic. To combat that, Shaw says she wanted students to remember that they were all human.

“It was important that the students felt like they were part of that online community space. And I feel like that’s how you make online learning better, is by having students own some of that space,” Shaw says. “Group norms can encourage harassment, but they can also curb harassment, by saying, “We don’t do that here.’”

Shaw emphasized discussion over lecture, presenting prerecorded lectures but requiring discussion responses on Slack. But from there, she encouraged them to take the lead on their own culture by asking, what could they share with each other? One student came up with the idea of a virtual potluck, where each student shared one image or article that they felt proud of or were interested in. Some students began playing with their backgrounds, so Shaw made that part of the class: One day each student’s background would feature their favorite band, and on another, a favorite vacation spot.

“It wasn’t something that I sat down and figured out. We worked it out together,” Shaw says. “But I feel that’s what good community building is. It’s not like laying out a groundwork or a plan ahead of time. It’s finding ways to express how we’re connected to each other.”